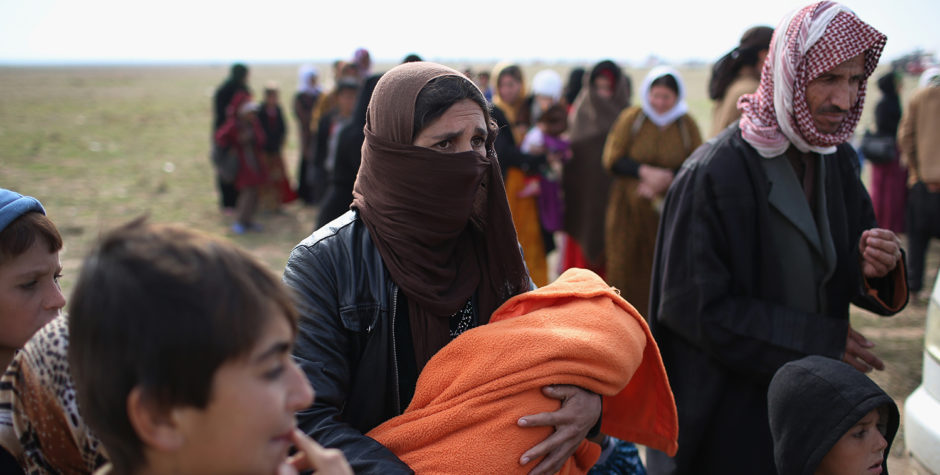 ISIS Genocide: For A Special Adviser to Collect and Preserve the Evidence

ISIS’s systematic pattern of widespread murder and sexual abuse has forced thousands of Christians – according to recent reports, “nearly 90% of Christians” -- to flee from Iraq. The acts that have led to the nearly wholesale destruction of Christians as a group in the region include massive deportations, widespread killings, and countless rapes may be construed as steps in the process of “gradual weakening of the population” that will result in the religious cleansing of all Christians from ISIS controlled territories.

The victims are still suffering, and while ISIS is now on the run, the damage that has resulted from the ISIS genocide has created a massive humanitarian crisis. In order to provide for the lasting resettlement of Christians and other ethnic minorities there are two actions that the U.N. must take immediately.

The U.N. must swiftly act to defend the rights of all religious minorities, including the Christians in Iraq, Syria, and any other places where ISIS has been engaging in genocide. The very mission of this organization requires nothing less.

We therefore urge the U.N. to declare these atrocities as acts of genocide and to assist those seeking to return home and facilitate the ultimate and lasting resettlement of the victims of ISIS’s atrocities, including those who survive the genocide. Furthermore, we ask that a U.N. Special Adviser be appointed without further delay for the collection and preservation of evidence of genocide, per U.N. Security Resolution 2379.