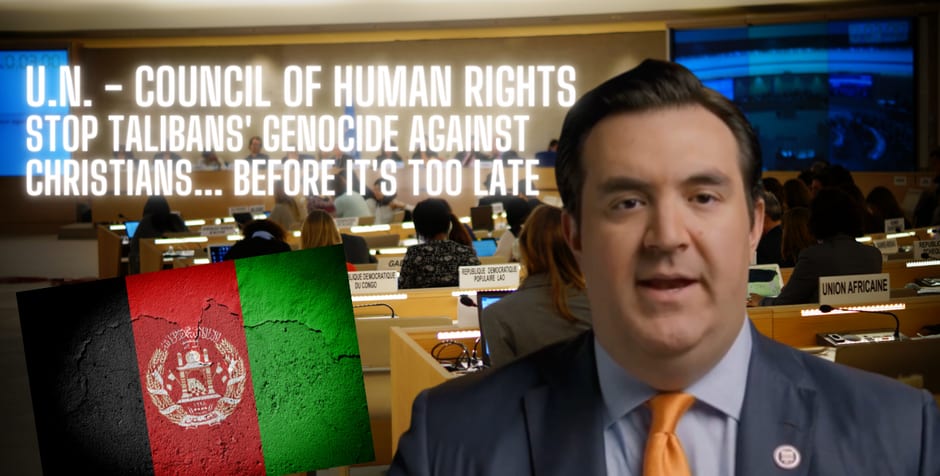 Text of the oral statement delivered at the UN Human Rights Council, Geneva, during the general debate on the human rights situations that require the Council’s attention (51st session).

Afghanistan has been reported to be the worst place for Christians to live in the entire world. Since the Taliban regained control of Afghanistan, Christians and other religious minorities are at extreme risk of being persecuted by the Taliban and ISIS.

Both Sunni Islamist groups are bent on the death and destruction of Christian and other minorities, including the Hazara, Shia, and the Sufi communities. In addition to religious minorities, schools and women and girls are already under attack by these groups.

Under the Taliban’s rule, converting from Islam to Christianity is against the law and punishable by death. The Taliban has been utilizing tactics to uncover Christians by confiscating suspected Christians’ phones and looking through messages and contacts. The Taliban has even used direct correspondence and social media to deliver threats of imprisonment and execution to every Christian in Afghanistan saying, “we will find you and we will kill your entire family to bring you the punishment you deserve and to be a lesson for others who are leaving Islam.”

In keeping with the very basic mandates of the U.N. Charter, the ECLJ requests that the international community must not allow a full-scale genocide to perpetuate. This is only the beginning. If meaningful action is not taken now, the problem in Afghanistan will only worsen.