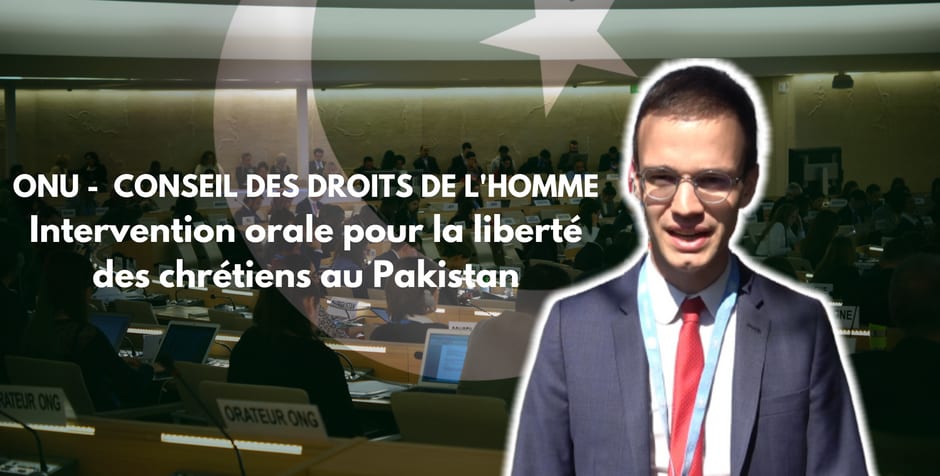 In Pakistan, Christians are often accused of blasphemy and attacked by Muslim mobs. Every year, about 40-50 cases of blasphemy are registered, and the courts continue to make unjust decisions due to increasing social pressure from Islamists.

Last June, the Lahore High Court upheld the death sentence of two Christian brothers for having posted blasphemous content online. The court completely disregarded the lack of any evidence or investigation. The brothers have been incarcerated for almost 8 years, and they will spend several more years for the appeal to be heard by the Supreme Court.

Last July, a Christian man was convicted of trumped-up charges of blasphemy and sentenced to death. The allegations arose from a customer who did not want to pay his bill for his automobile repairs.

Another case we keep bringing before this Council involves a young Christian who was 17-year-old when he was arrested for blasphemy charges. He has spent over 5 years in prison, even though the allegations do not even constitute blasphemy. The trial court continues to postpone the closing statements each month.

The Government of Pakistan must stop the abuse of blasphemy laws, punish violent attackers, and equip courts to provide justice.

Statement delivered during the General debate on Item 8 of the 51st regular session of the Human Rights Council.