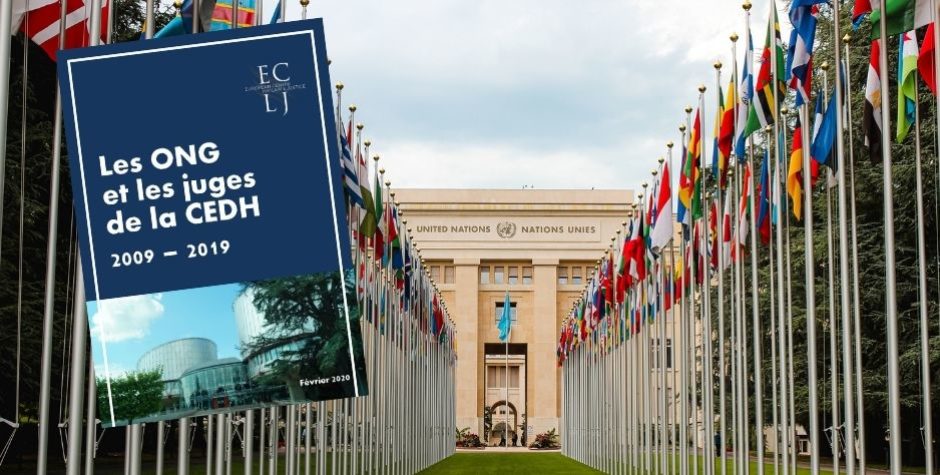 The ECLJ presented its Report on the "NGOs and the Judges of the ECHR, 2009-2019" to the UN Special Rapporteur on the Independence of Judges and Lawyers during the 44th session of the Human Rights Council on July 13, 2020.

The ECLJ would like to draw the attention of the Special Rapporteur on the Independence of Judges and Lawyers to the grave situation of conflicts of interest that our NGO discovered at the European Court of Human Rights, body of the Council of Europe.

Our report shows that at least 22 of the 100 permanent judges who have served on the European Court of Human Rights between 2009 and 2019 are former officials or collaborators of seven NGOs that are highly active before this very same Court.

Out of those 22 judges, 18 have sat on 88 occasions in cases involving the NGO they worked for, or even founded.

Additionally, there is no formal recusal procedure, which is otherwise impossible in practice because the parties do not know the names of their judges until the judgment, when it’s too late!

The Open Society network is distinguished by the number of judges linked to it, 12, and by the fact that it funds the other six organizations mentioned in this report.

This situation is serious and calls into question the independence of the Court and the impartiality of its judges. Furthermore, it does not respect the basic ethical rules it imposes on national jurisdictions.

M. Special Rapporteur, we call for your attention and that of the Member States of this Council to this issue when appointing or electing an expert or a judge in an international body, whether it is at the European Court or in a UN Human Rights Committee. Greater attention must be paid in the choice of candidates for functions such as judges, to avoid the appointment of activists. The independence and the credibility of such international bodies is at stake.