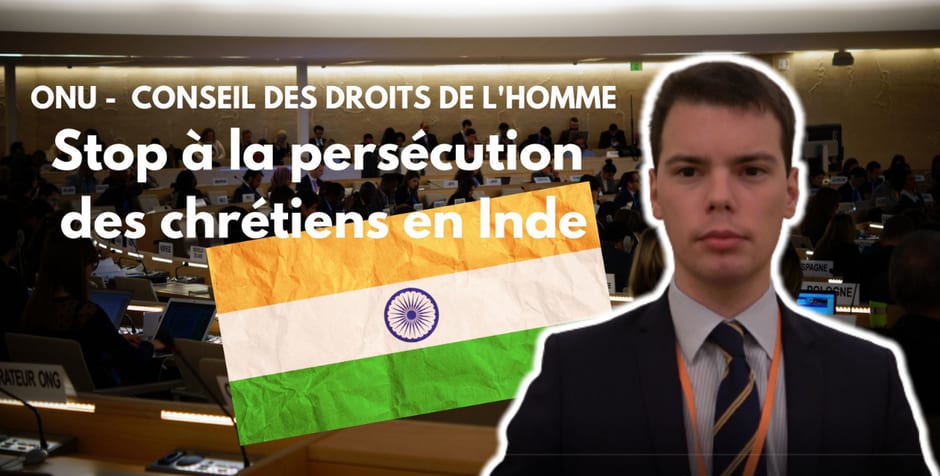 ECLJ at the UN for Christians in India

Oral statement delivered at the Human Rights Council of the United Nations on October 3, 2022 in the general debate of Item 8. Text of the intervention :

India is the 10th worst country for Christians to live in. Despite the civil society’s pleas for justice and protection of Christians and other minorities, India’s government continues to not only allow but enable attacks on Christians.

Police frequently arrest Christians under false charges disguised as “fraudulent or forcible conversion.” The charges arise from the misuse of anti-conversion laws, which have been established to ensure that people from lower castes, most of whom are Christians, remain socially and economically low.

Besides the government, Christians are persecuted by Hindu extremists. These extremists “aim to cleanse the country of Christian presence and influence.” In 2021, at least 761 instances of persecution of Christians were recorded. In the first 5 months of 2022, there were 207 reported attacks against Christians.

In July, extremists attacked a birthday party. Instead of arresting the attackers, the police arrested 6 Christian women. In May, a mob of Hindus attacked a pastor’s house, beat him, and then handed him over to the police.

Once again, the pastor was arrested, and the attackers did not face any punishment. Hindu extremists are also urging for a ban on Christian missionaries and prison chaplains. The Hindu extremists have raged against prisoners’ access to the Bible, while allowing access to other religious texts.

This Council must stop encouraging this violence.