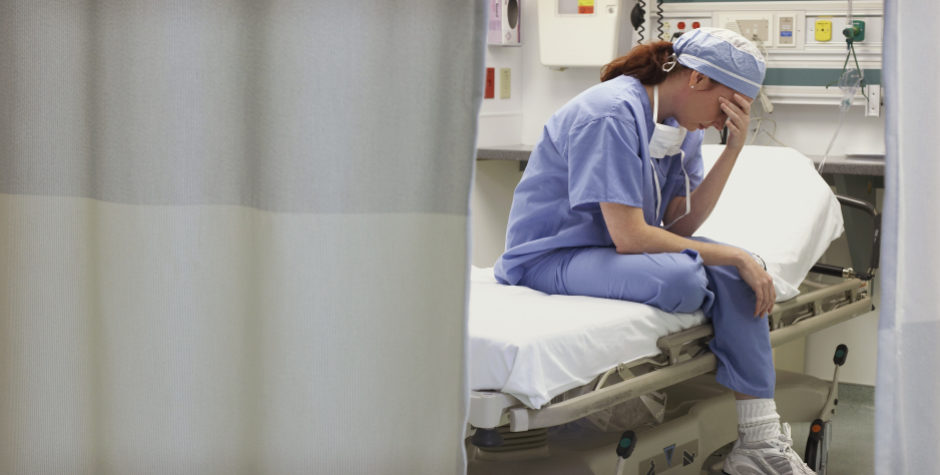 In a double decision made public on Thursday 12 March 2020, three judges of the European Court of Human Rights (ECtHR) deprived European midwives of the guarantee of their right to conscientious objection to abortion. This decision (Grimmark and Steen v. Sweden.) can apply, by extension, to the entire medical profession.

To make such a decision, they declared that abortion is an ordinary medical act, and that general access to abortion takes precedence over respect for personal freedom of conscience.

The appeals in question had been lodged by two Swedish midwives who were unable to practise their profession because their requests not to perform abortions were systematically rejected by their employers. These refusals were validated by the Swedish authorities, Sweden being one of the very few countries that do not recognise the right of conscientious objection to abortion. Abortion is “available on demand” up to 18 weeks and happens in one pregnancy out of five.

The ECtHR, seized by the two women, entrusted their applications to a small committee of only three judges, a procedure reserved for simple cases. The judges agreed with the Swedish authorities, ruling that the obligation to perform abortion serves “the legitimate aim of protecting the health of women seeking an abortion”. They also consider that it is necessary to oblige these two midwives to carry out abortions in order to make the practice available throughout Sweden.

Finally, they consider that they have “voluntarily chosen to become a midwife and apply for vacant posts while knowing that this would mean assisting also in abortion cases”.

At no time did the three judges take into account the fact that the midwives offered to perform other tasks to compensate for the possible inconvenience to the service caused by their objection. Nor did they want to see the obvious, namely that respect for the conscience of these two midwives would in no way hinder access to abortion in Sweden. Nor did they point out that the Convention guarantees freedom of conscience, but not a “right to abortion”, or even a right to health, assuming that abortion is carried out to “protect health”.

In fact, these two midwives have been sacrificed to the dogma of abortion. Freedom of conscience is emptied of its substance; it is worthless in the face of abortion. Yet, it must be remembered: this act puts an end to a human life. The drafters of the Convention must turn over in their graves, they who wanted to protect human life and freedom from state ideology.

This decision is a complete departure from previous judgments of the Court, which had hitherto refused to reduce the right to conscientious objection to medical or surgical abortion. It had only ruled that a person entitled to have an abortion should be able to have access to it from another doctor, when her doctor exercised the conscience clause (R.R. v. Poland).

In its new decision, the Court reduces the protection of midwives to that of pharmacists, to whom the Court has already denied the guarantee of this right in respect of the sale of abortive products.

Even more seriously, this decision indicates to the governments that they may now abolish the conscience clauses without exposing themselves to the condemnation of the ECtHR. This is a major regression of freedom of conscience, carried out in the name of a Court which claims to be “The Conscience of Europe”. We should always be alert when an institution, or a political leader, claims to be “The” conscience of all.

It should be stressed that the logic of this decision can be applied beyond midwives, to all medical professions, and to any “medical” act, as long as it is legal. The exercise of medical professions is thus made precarious, if not impossible, for any person who respects human life. Christians are already the main victims.

The Court was fully aware of the importance of these cases, so much so that they were publicized and exposed in European and international bodies. It is therefore abnormal and shocking that such a decision should be taken only by a committee of three judges, and not by a chamber of seven judges, or a Grand Chamber of 17 judges.

Indeed, in principle, a committee of three judges can only conduct routine cases by applying previous established case law. When the question is more complex or new, it must be dealt with in a chamber or even a Grand Chamber.

It should also be pointed out that these three judges did not give their ruling in the form of a judgment, subject to appeal, but rather a simple “decision of inadmissibility”, which is therefore final. Thus, it is a decision of exceptional importance that was adopted in a small committee and “through the back door”. This approach is cunning, but it could also be contradicted in the future by a higher chamber.

An international campaign against conscientious objection

This decision is part of an international campaign led by some pro-abortion NGOs over the past 15 years to remove the conscience clause on abortion on the grounds that this clause would “stigmatise abortion” and hinder its practice. In fact, in some countries, an increasing number of people are refusing to perform abortions as a result of advances in ultrasound and prenatal medicine.

This campaign can be seen today in France in the attempt to remove the conscience clause introduced by the Veil law. It can also be seen in the United Nations Human Rights Committee, the World Medical Association, and in the recent report of Ahmed Shaheed, UN Special Rapporteur on Freedom of Religion or Belief. His predecessor, on the other hand, had reaffirmed this right at the invitation of the ECLJ. Already in 2010, it was against this campaign that the ECLJ finally obtained the adoption, by the Parliamentary Assembly of the Council of Europe, of a resolution reaffirming “The right to conscientious objection in lawful medical care”. Following this vote, the Swedish Parliament adopted a resolution committing its government to take international action against conscientious objection.

The profile of the judges

The publication of the ECLJ’s report on “NGOs and judges of the ECHR” recalled that the ECtHR is composed of persons with various commitments which may cast doubt on the impartiality of the Court. This report also showed that on a great many occasions, judges have ruled when they were objectively in a situation of conflict of interest.

It is therefore advisable, particularly when the case is ideological, to check the composition of the Court’s panels of judges. In the present case, in addition to the Cypriot judge Georgios Serghides, the three judges who ruled in this case include the Swedish judge Erik Wennerstöm and the Maltese judge Lorraine Schembri Orland. The Swedish judge was previously a member of the Swedish Gender Equality Agency, the body officially charged with promoting “women’s rights” in Europe’s most radically feminist and pro-abortion country. As for the Maltese judge, her curriculum vitae indicates that she has held important responsibilities in feminist structures since the end of the 1980s.

This is how we are now governed in Europe.