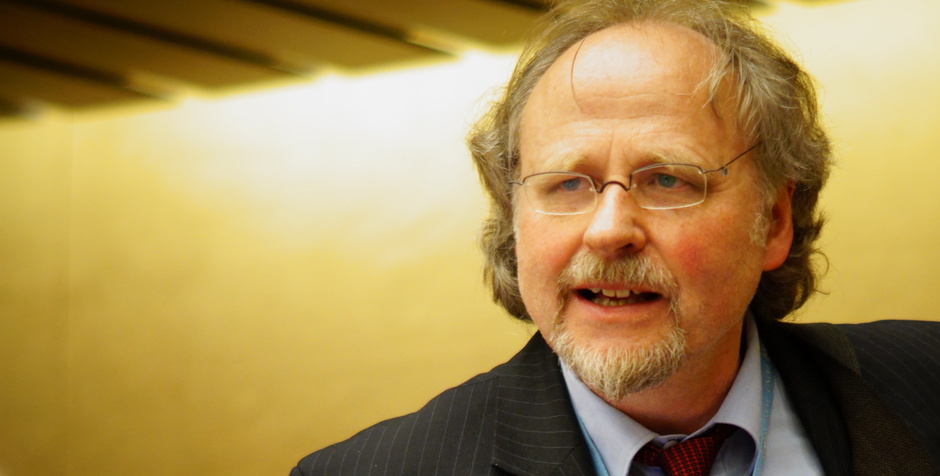 Conference at the UN

On the occasion of a conference organized by the ECLJ at UN headquarters in Geneva, Professor Heiner Bielefeldt, the UN Special Rapporteur on Freedom of Religion or Belief, spoke in favor of the right of medical staff to refuse to participate in performing an abortion or euthanasia. He mentioned the case of a midwife who was harshly sentenced in Sweden for having refused to participate in an abortion and was forced into “professional exile.”

He considers that this right, based on freedom of conscience, should extend to the medical staff directly involved in the matter, as long as their objection is well-founded on a strong and deep conviction. The Special Rapporteur indicated that the right to conscientious objection is not only based on the right to “freedom of conscience”, but also on Article 1 of the Universal Declaration of Human Rights which recognizes that all human beings “are endowed with reason and conscience.”

The Special Rapporteur of the United Nations on Freedom of Religion or Belief is an independent expert appointed by the UN Human Rights Council to defend and promote freedom of religion or belief worldwide. Watch the video

Grégor Puppinck, Director of the ECLJ, chaired the conference. He presented an overview of the problem, in particular outlining the relationship between law and conscience in view of justice and common good. He also stressed that it would be unjust to legalize controversial practices, such as euthanasia or abortion, in the name of tolerance, and then to refuse, once legalized, to tolerate those who object to personally taking part into these practices. Watch the video - Read the text

Claire La Hougue, Esquire and Fellow of the ECLJ, emphasized that the right to conscientious objection against abortion and euthanasia directly results from the nature of these acts. These acts are not intended to cure, but to end the life of a human being, which is fundamentally contrary to the goal of medicine. The right not to participate in these practices is systematically recognized in legislation (with the exception of few countries), but its implementation is often prevented by obstacles. Ms. de La Hougue also stressed that this right is an essential component of the ethical rules which require medical professionals to practice their profession “with conscience.” Watch the video - Read the text

Professor Jean-Pierre Schouppe, law professor in Rome, spoke about the right of health institutions to refuse the practice of acts lacking of therapeutic purpose, such as abortion or euthanasia. Professor Schouppe, first admitted that “institutional conscientious objection” is inadequate because institutions do not have personal conscience. However, institutions enjoy full protection under the collective dimension of freedom of religion and freedom of association. Professor Schouppe relied heavily on the European Court case-law. Watch the video - Read the text

Panelists highlighted the inconsistency of countries that recognize the right of physicians, midwives and nurses to object, but don’t extend the same right to pharmacists. Physicians and pharmacists provide different means of abortion, but in both cases they are directly involved Panelists also emphasized that an employee cannot be required to renounce his or her freedom of conscience and religion when he or she accepts a job. Persons who are committed to respect for human life from its beginning should not be denied a medical profession, such as midwife or pharmacist.

The ECLJ is committed to a fair treatment and defense of the right to conscientious objection. For that reason, the ECLJ actively participated in the European parliamentary debates and was involved in several cases on the matter with the European Court of Human Rights. In May 2015, the ECLJ sent to the same Rapporteur on Freedom of Religion or Belief a complaint against the systematic violation of the freedom of conscience of medical staff in Sweden.

In March 2014, the ECLJ had already made an oral statement (video) at the Human Rights Council, denouncing a tendency in Europe to limit the freedom of conscience in moral matters.

The Human Rights Council is an intergovernmental body within the UN system made up of 47 States that are responsible for strengthening the promotion and protection of human rights in the world. The ECLJ has the right to intervene before the Council under its special consultative status with the United Nations / ECOSOC.