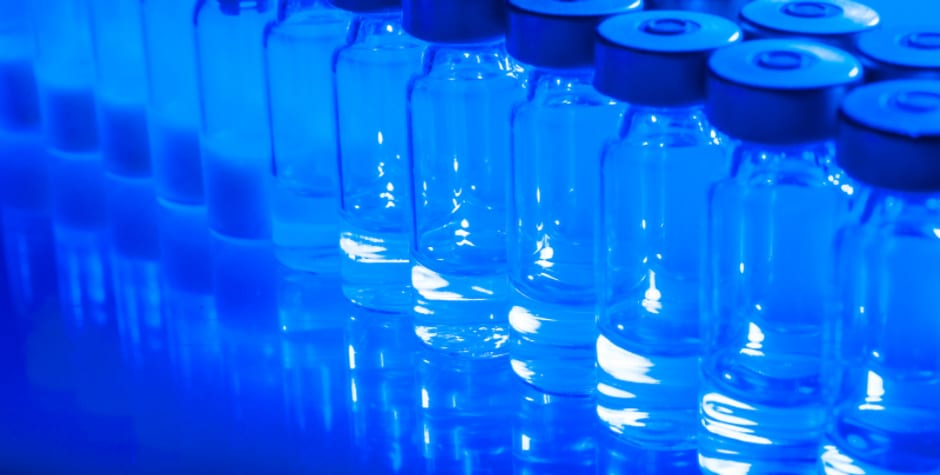 Conscientious Objection to Vaccinations Against covid?

Hundreds of people are invoking freedom of conscience before the European Court of Human Rights to challenge compulsory vaccination against covid. Grégor Puppinck takes stock of the European Court's jurisprudence on the matter. Phd in law and director of the ECLJ, he is notably the author of "Objection de conscience et droits de l'homme" (Téqui, 2020), which analyses this approach. Article published in French in Valeurs Actuelles on February 9, 2022.

Is it therefore out of an excess of individualism and selfishness that some people claim to escape their duty to public health by refusing the anti-covid jab, just as others refused military service while benefiting from the protection and sacrifice of the conscripts? Is it not unfair to claim exemption from this duty? And who are we to judge, to question the word of pharmaceutical experts and governments?

Vaccination is an exception

First of all, it must be remembered that vaccination is in itself an exception, an infringement of the principles of inviolability and integrity of the human body recognised in French and international law. When compulsory, it also violates the principle of respect for the free and informed consent of individuals prior to any medical intervention. Thus, in principle, the refusal to receive medical care - including vaccination - is a right of every patient, explicitly guaranteed by the law of 4 March 2002. Such a refusal cannot be distinguished from a conscientious objection, since the latter consists precisely in refusing to carry out an order that infringes a higher fundamental principle such as, in particular, the right to respect for life or physical integrity. Thus, there is already a genuine right of patients to conscientious objection to any medical intervention concerning them. Therefore vaccination is not imposed by force, unlike conscription in the past. In this respect, conscientious objection to vaccination is respected in principle in democratic countries. This is an important first point to stress.

No one can be vaccinated by force

Out of respect for the general principles of respect for the physical and moral integrity of individuals, many governments refuse to make vaccination compulsory and limit themselves to recommending it. In Europe, this is the case for Denmark, Estonia, Finland, Germany, Ireland, Lithuania, Luxembourg, Norway, Portugal, Spain, Sweden, the Netherlands and the United Kingdom. These countries have very good results in terms of vaccination coverage, equivalent to the countries that require vaccination. This is also important because it puts the usefulness of mandatory vaccination policies into perspective.

Other countries, such as France, have chosen to penalise people who refuse the vaccines made compulsory by law, without however compulsorily vaccinating these people. These sanctions are either administrative (such as restrictions to access certain places or bans to exercise professions) or criminal (such as fines), the aim being to limit the risks of transmission and to encourage people to be vaccinated.

The question of conscientious objection arises again against these constraints and sanctions: can a person who refuses vaccination invoke respect for their freedom of conscience to avoid sanctions? Faced with an ordinary obligation, it is obvious that no one can invoke their freedom of conscience to escape the application of the law. But vaccination is not an ordinary obligation: it affects the physical and even moral integrity of individuals. It is an evil for a good: an evil that can be perfectly justified, of course, but an evil all the same, in legal terms, in that it affects one's physical integrity.

Driven by a liberal spirit, and out of respect for the physical and moral integrity of individuals, many American states recognise the right of individuals to conscientious objection to any vaccine, even those whose usefulness and harmlessness are certain. This is also the case in Bulgaria and the Czech Republic (under conditions). In the United Kingdom, as early as 1898, the British Parliament recognised the right of parents to withdraw their children from vaccination if they considered it unnecessary or dangerous. This appears to be the first legal recognition of a right to conscientious objection, even before that regarding military service.

The ECHR has endorsed the possibility of conscientious objection to vaccination

The European Court of Human Rights has also endorsed the possibility of conscientious objection to vaccination in the recent and famous case of Vavřička and Others v. Czech Republic, ruled on 8 April 2021 by the Grand Chamber of that court. In an exceptional move, the French Government intervened in this case to try and convince the Court to deny any freedom of conscience in relation to vaccinations on the grounds that compulsory vaccination is binding on everyone, regardless of their beliefs. This reasoning was a fine example of circular reasoning: "vaccination must be compulsory for all, because it is compulsory for all". The Grand Chamber of the ECHR ruled against the French Government on this central point (and in favour of the ECLJ, which also intervened) by applying to vaccination its case law recognising the right to object to military service (Bayatyan v Armenia, 2011). The result is that the refusal to vaccinate can be based on the protection of freedom of conscience guaranteed by the European Convention (in Article 9) on the twofold condition that it is motivated by "a serious and insurmountable conflict" between the obligation in question and the objector's convictions, and that these convictions are "sincere and deep-rooted, of a religious or other nature". In this case, the objection "constitutes a belief of sufficient strength, seriousness, consistency and importance to trigger the application of the guarantees of Article 9". The refusal to vaccinate can therefore, under these conditions, be protected by freedom of conscience. In the Vavřička case, the Court ultimately refused the applicants this protection on the ground that their conviction lacked force, as they had invoked freedom of conscience only late in the proceedings and without sufficient substantiation.

Conscientious objection can therefore be invoked against measures sanctioning a refusal to vaccinate, but it is not automatically recognised. It must still be proven that the refusal is based on sincere and deep-seated convictions. These may be religious or moral convictions. With regard to religious beliefs, "the State's duty of neutrality and impartiality" prohibits any judgment on their legitimacy, unless they are contrary to public order. Respect for religious freedom then requires an attempt to accommodate the objection, to reconcile rights and obligations. In the case of moral convictions, on the other hand, the public authorities can judge them. It must therefore be argued that the refusal is motivated by such and such a conviction, for example, that it is morally unacceptable to be inoculated with a vaccine devised by means of aborted foetus cells.

The recognition of the moral objection to a particular vaccine will then depend on the characteristics of the vaccine. This was made clear by the ECHR in the Vavřička case, stating at the outset that its judgment relates to "the usual and routine vaccination" considered "safe and effective by the scientific community" and guaranteeing collective protection against the transmission of "serious diseases". The Court also declared the existence of a no-fault compensation scheme for side effects to be essential and took into account the transparency of the vaccine policy-making process. A vaccine that does not offer these safeguards or that does not target a serious disease could - and indeed should - be subject to serious objection.

In addition to the characteristics of the vaccine and the disease, recognition of the moral objection may also depend on the severity of the constraints and sanctions imposed on objectors. In Vavřička, the Court found them proportionate to the objective of preventing the transmission of the diseases in question, as they were limited to a small fine (EUR 100) and the impossibility of enrolling children in day-care. The Court also made it clear that there is no need to distinguish between an obligation and a recommendation to vaccinate: as soon as there is a constraint or a sanction, it makes it an obligation. It follows that the imposition of disproportionate, inconsistent or discriminatory constraints and penalties must lead to the recognition of a violation of the objectors' rights, even if the State has a certain margin of appreciation in this respect.

Therefore, in the light of each criterion laid down by the European Court, it is clear that the French regime of anti-covid vaccination raises serious difficulties; and one can understand the decision of several neighbouring governments to ease their own regime.

It is a good thing that in our European system of human rights protection, it is possible to oppose in conscience to a law when it seems manifestly unjust; for personal conscience is the ultimate guarantor of justice and freedom. This means of conscientious objection is more difficult to grasp in contemporary thought than the much more common one of invoking respect for private life. But it has the advantage of linking, through conscience, the law to justice, and of reordering to the latter the sometimes-confused attitudes of contestation and refusal.