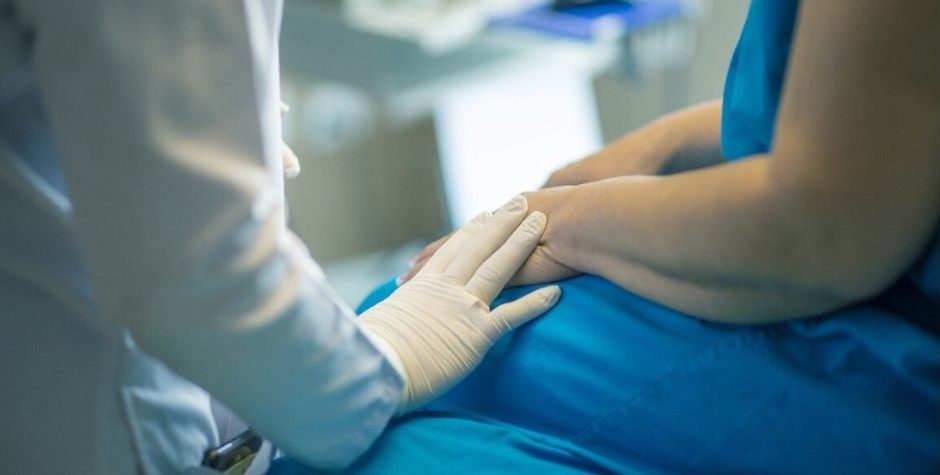 Conscientious Objection is a Right

Some Green and socialist MPs, committed to supporting abortion, have undertaken to remove the conscience clause in abortion. The bill will be put to a vote in the National Assembly on 18 February, after being rejected by the Senate on 20 January. Since the Veil law, this clause has guaranteed doctors, midwives, nurses and medical auxiliaries the right to refuse to assist in an abprtion. It also benefits private health establishments, except when they are associated with the public hospital service.

A project aimed at French gynecologists and obstetricians

This project met with opposition from doctors, in particular the Collège national des gynécologues et obstétriciens français (CNGOF) and the Syndicat national des gynécologues et obstétriciens de France (Syngof), who each reiterated their commitment to maintaining this conscience clause. Similarly, in its opinion of 8 December 2020, the National Consultative Ethics Committee (CCNE) considered that "the specific conscience clause underlines the singularity of the medical act of abortion." and declared itself in favour of maintaining it.

The Government announced that it would not take a position and would rely on the wisdom of the deputies.

According to the initiators of this bill, "the existence of such a specific conscience clause leads to a particular stigmatisation of the act of abortion, thus contributing to making it a separate medical act and therefore contributes to the guilt of women who resort to it"; the removal of the clause "would make it possible to advance the right to abortion and to put an end to an archaic vision of a specific medical act" (information report 3343 of the Assembly). This deletion therefore has a symbolic purpose, in that the legal existence of this clause implies that abortion is an act to which it is legitimate to object. The deletion therefore tends towards the moral standardisation of abortion. It is a question of erasing "the only survivor" "from the initial restrictions" on abortion in 1975, after the removal of the distress condition, the cooling-off period, the non-reimbursement of the abortion, the ban on its advertising, etc.

The removal of the conscience clause also has a practical purpose: to guarantee the practice of abortion in the long term. In fact, fewer and fewer gynaecologists accept to carry out abortions - only 27.5% of them now and they are on average 61 years old -, no doubt as medical imaging progresses, hence the desire of these deputies not only to reduce the right of conscientious objection, but also to allow midwives to carry out medical and surgical abortions instead of doctors, and to "revalue" them, i.e. increase their remuneration.

The right to conscientious objection to abortion is a fundamental right.

During the debate on the abortion law, Simone Veil stated that "it goes without saying that no doctor or medical auxiliary will ever be obliged to participate in it". The conscience clause was an essential condition for the decriminalisation of abortion, so much so that the Constitutional Council recognised its constitutional value in its decision of 15 January 1975. It ruled that the Veil Act "respects the freedom of persons called upon to have recourse to or participate in the termination of a pregnancy, whether for distress or therapeutic reasons; [and] that, consequently, it does not infringe the principle of freedom laid down in Article 2 of the Declaration of the Rights of Man and of the Citizen". The expression "consequently" indicates that the guarantee of freedom of conscience is a condition of the constitutionality of the law. The Conseil Constitutionnel confirmed this assessment in its decision of 27 June 2001.

The World Health Organisation also recognises that "every health worker has the right to object conscientiously to the practice of abortion" (2013). The World Medical Association (WMA) and the International Federation of Gynaecologists and Obstetricians (FIGO, 2015) also recognise this, stating that no health worker "may be compelled to counsel or perform an abortion if it is against his or her personal beliefs".

Thus, the right to conscientious objection to abortion is a fundamental right under both French and international law. However, it is difficult to enforce it in practice, especially at the beginning of a career, as there is so much pressure.

"Refusal of care" is not a "conscience clause".

In support of the request for the suppression of the conscience clause, the deputies invoke the existence of a "general conscience clause", under ordinary law, which would already benefit all doctors. According to these deputies, it would therefore only be a matter of removing a duplicate of this clause, a useless and stigmatising duplicate, because it only exists for abortion.

Such an assertion is false in several respects. Firstly, because the practices of contraceptive sterilisation and research on the human embryo also benefit from such an express conscience clause. Furthermore, one should not be naïve: the removal of the conscience clause is intended to reduce the right to object.

What the MPs refer to as the "general conscience clause" in fact refers to the right oforf a doctor, a midwife or a nurse "to refuse his or her care for professional or personal reasons", "except in an emergency and in cases where he or she fails in his or her duties as a human being". Such refusals of care generally result from a material impossibility for the practitioner to carry out the requested act, due for example to a lack of time, equipment or qualification. This is one aspect of the liberal nature of the practice of medicine.

While an objecting physician could invoke their right to refuse care in order not to perform an abortion, this refusal would no longer have the force of the conscience clause, and would potentially expose practitioners to prosecution.

Indeed, refusal of care is less a right than an exception to an obligation to provide care, as it is only possible in the presence of "an essential personal or professional requirement that determines the quality, safety or effectiveness of the care" (Article L.1110-3 of the Public Health Code). If these conditions are not met, the practitioner may be condemned for "discrimination in access to prevention or care". It is far from a right to object. Objectors will therefore have to justify themselves, on a case-by-case basis, and expose themselves to disciplinary and legal proceedings, the terms of which have already been facilitated by the Law of 26 January 2016, which provides for the intervention in this dispute of users associations, the Human Rights Defender, the Federation of Health Actors or the Regional Health Authorities. In other words, there is a high risk that objecting practitioners will be harassed.

Senator Laurence Rossignol also explained in her report on behalf of the Social Affairs Committee that a "health professional who refuses to deliver an emergency contraceptive" - i.e. a potentially abortifacient morning-after pill - "disregards their professional obligations and can be sanctioned in this respect under the system for sanctioning refusals of care." Why would, therefore, refusal of care be acceptable in the case of medical abortions. There is great hypocrisy in the arguments of the initiators of this proposal.

Finally, the right to refuse care has only ethical and regulatory value; it could therefore be modified, or even abolished, with a simple decree. The CCNE thus warns that health practitioners would be in a state of insecurity, as "the regulatory clause could always be easily modified or removed outside of any public debate". A conscience clause of a purely regulatory nature would furthermore violate the principle that fundamental freedoms must be guaranteed by law. Indeed, a mere ethical right would be of little weight in relation to the "fundamental right" to abortion. The balance of the 1975 law would be disrupted. Whereas objection was then a right, and abortion a tolerance, the opposite situation would be imposed.

If this bill of law were adopted, it would mark an anti-liberal turning point, as it tends to impose moral acceptance of abortion; the Rapporteur of the text to the Assembly, Mrs Gaillot, declares moreover that her aim is to bring about a "change of mentality".

A liberal society is defined by the fact that two levels of morality coexist within it: a social level marked by mutual tolerance and a private level of intimacy. For example, members of parliament who are privately hostile to abortion have agreed to vote to decriminalise it in the name of tolerance. This moral duality is frequent; it is expressed every time a person declares that they do not want a practice for themselves, without opposing it for others. This is how practices that were once prohibited have been decriminalised and then turned into freedoms.

This principle of tolerance, which structures a liberal society, also requires, in order to be fair, that a person should not be forced to act against their own conscience. Indeed, if this contradictory duplication of morality is painless for the majority of people, it is not painless for the minority directly concerned by the practice in question; for, to take a concrete example, it is one thing to tolerate abortion, it is another to have to carry it out oneself. For practitioners called upon to perform abortion, the two contradictory levels of morality meet and clash; this is not the case for MPs and ordinary voters. If it is possible for two levels of morality to coexist within a liberal society, it is not possible for the same person to act, without violence, against their conscience.

This is where the right of conscientious objection is placed, by which the liberal society organises the coexistence of the two levels of contradictory morality; the clause prevents the licence granted to some from being exercised at the expense of the freedom of others. The recognition of conscientious objection thus contributes to the fair functioning of liberal societies. Its suppression, on the other hand, marks a desire to impose a single common moral standard on all, at the expense of freedom of conscience and tolerance.

The Persecution of Apostates and Converts of Islam in France: Testimonies