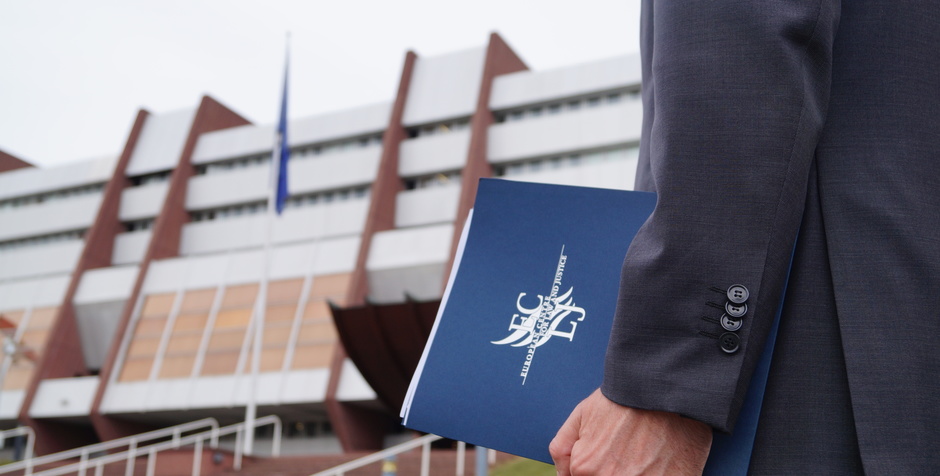 The European Centre for Law and Justice (ECLJ) is extremely pleased with a decision by the Parliamentary Assembly of the Council of Europe reaffirming the fundamental right to freedom of conscience for medical professionals.

On October 7th, The McCafferty Report on “WOMEN’S ACCESS TO LAWFUL MEDICAL CARE: THE PROBLEM OF UNREGULATED USE OF CONSCIENTIOUS OBJECTION” was submitted for debate and vote by the Parliamentary Assembly of the Council of Europe. In a historic reversal, the resolution proposal was entirely replaced by a new text which affirms, defends and promotes the right to conscientious objection of medical staff. Even the title of the resolution has been changed into “The right to conscientious objection in lawful medical care”.

The ECLJ rejoiced at the complete reversal:  “The Council of Europe reaffirms the fundamental value of human conscience, and of liberty in the face of attempts at ideological manipulation of science and of medicine,”  said Grégor Puppinck, Director of the ECLJ.

Puppinck added:  “The McCafferty’s Report was an aberration and we are delighted that a large majority of deputies are poised to defend the values on which the Council is founded: respect of liberty, of conscience and of life. Independence of science and of medicine is also an essential value at the heart of democracies. ”

Here are the principal points of the new resolution that's been adopted:

One of the adopted amendments which reflects the tone of the new text is the following:
“No one hospital, institution or person may be subject to pressures, or be held liable or suffer discrimination of any kind for refusing to perform, allow or assist an abortion, miscarriage or induced euthanasia, or for refusing to perform any intervention to cause the death of foetus or an embryo, whatever the reasons.” (Amendment 83)

By adopting these amendments the Assembly is neither more nor less in line with the law in most democracies.  (See the full text as adopted here and below)

The recommendations of the McCafferty Report hugely infringed the fundamental rights of medical professionals, notably their freedom of conscience. Even for those who consider abortion as legitimate, the small facilitation of the access to “reproductive health services” that this Report seeks apparently to provide cannot justify hurting, damaging and undermining the very core principle of “freedom of conscience”.

According to Grégor Puppinck, Director of the ECLJ, “The McCafferty Report was defeated because its primary objective was not only practical but also profoundly symbolic. Effectively, it would have a bearing on the moral qualification of abortion, euthanasia and of the exercise of the conscience: the ‘right to abortion or euthanasia’ would become the rule and conscientious objection would become the exception. To reduce the fundamental right of moral objection to a mere exception amounts to a reversal in the moral relationship between abortion or euthanasia and conscientious objection. Conscientious objection would become in some way immoral because it is contrary to the ‘right to abortion.’ The McCafferty Report was an attempt of submission of medicine and of the conscience to ideology. The freedom is a condition of the exercise of medicine and of the conscience; that was affirmed with force during the Nuremburg trials; it is important to remember this and defend this fundamental liberty.”

The European Centre for Law Justice (ECLJ) was very involved in the preparation for the vote. Firstly, the ECLJ, at the request of Members of the Parliamentary Assembly, prepared an extensive legal memorandum examining the main provisions of the draft resolution under the requirements of European and International law, and within the case law of the European Court of Human Rights. The ECLJ memorandum can be found here. (here in Spanish). In its memorandum, the ECLJ warned the members of the PACE that this Report gravely endangers the freedom of conscience.

Many medical organisations have opposed this text, such as the French National Medical Council who vigorously condemned it and asked for its retraction, as being a direct violation of the fundamental rights and rules of the medical practice. (See here)

The day before the vote, on the 6th October, the ECLJ co-organized a conference, inside the Council of Europe in order to address, from both legal and medical point of view, all the issues raised by the draft resolution.

The second speaker, Dr Andrew Fergusson, a former Chairman of the Professional Conduct Committees at the UK General Medical Council, underlined that every medical practitioner has a professional duty and that “ever since Hippocrates, the practice of medicine has been founded in a number of core ethical values. Practising good medicine is a moral activity and not just a technical one. The foundational values of medicine are part of physicians’ understanding of who they are and they have provided the basis for historical codes of medical ethics, such as the Hippocratic Oath, the Declaration of Geneva, and the UK General Medical Council’s Good Medical Practice. These core ethical values become part of the physician’s understanding of who they are and what they have entered medicine for. They are central to the doctor’s self identity. And when a person is coerced by employers, or by the power of the state, to act in a way which transgresses these core ethical values then their internal moral integrity is damaged.”

This vote has not only tremendous importance for the freedom of the medical practitioners and institutions but it also has an impact on the atmosphere of the Council of Europe. The majority of the Assembly now appears to be in favour of values that are not dominated by the pro-euthanasia or pro-abortion ideology. Following several resolutions promoting a so-called ‘right’ to abortion, population control and limitation of population in poor countries, this assembly has made a shift back to a pro-dignity and pro-freedom position.

The ECLJ will continue to defend the values of life, conscience and freedom that are the basis of our societies and in particular the Council of Europe.