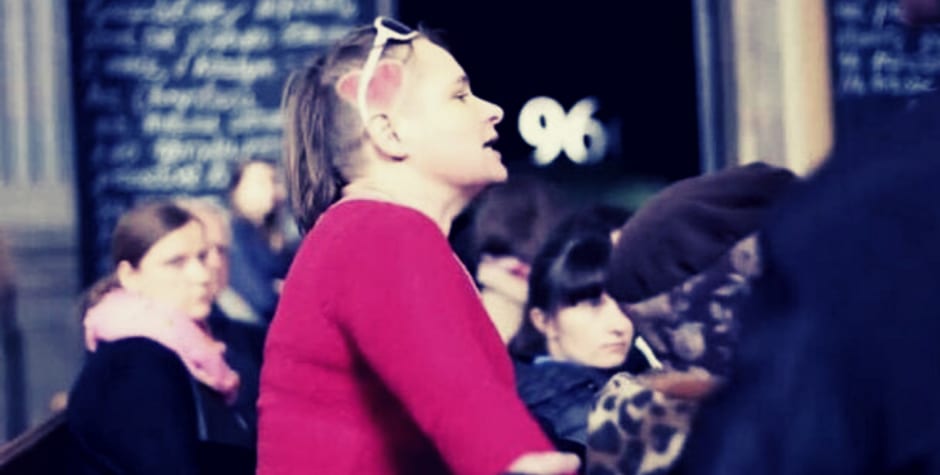 ECHR: Interruptions of mass in Poland

Two months ago, we reported on the increasing number of applications against Poland before the European Court of Human Rights. In June and July 2021, 13 pro-abortion applications had indeed been communicated by the Court. Since September, the Court has added two more cases. None of these cases have yet been judged, but the proceedings are progressing.

The ECLJ intervened as a third party in the case of Jolanta Anna Zawadzka against Poland. Our written observations in this case are available online.

Ms Zawadzka is a Polish pro-abortion activist, known in her country for various provocations. She was fined PLN 500 (about €115) for disrupting a Mass in Warsaw in 2016. The aim of the operation was to protest against the Church's position on abortion. The Mass disruption was orchestrated on social networks, where an "event" was published that was orchestrated as a "conspicuous exit from the church", such as "a kind of flash mob" that would "[give] the impression of real outraged worshippers".[1] Non-baptized women also participated: "I'm not baptized so I've never 'gone out', but I see that believing girls need support. That's why I come. I will wear heels and make noise when I go out."[2] The press and television were also present to publicise the action.

The applicant's punishment was based on Article 195 § 1 of the Polish Criminal Code, which makes it an offence to obstruct the public realisation of a religious act. This provision protects the freedom of religion of Polish believers, exercised in particular through the freedom to worship peacefully. According to Ms Zawadzka, her right to freedom of expression should take precedence over the freedom of religion of all Christians, to the extent that it justifies the interruption of a Mass.

The future judgement of the ECHR on this case of pro-abortion provocation during a Mass will not be anecdotal, as such provocations have since multiplied in Poland. The situation has become even worse following the Polish Constitutional Court's ruling of 22 October 2020, which declared eugenic abortion unconstitutional. Calls to interrupt Masses, such as the one on 25 October 2020 by the organisation Strajk Kobiet (Women's Strike), were particularly well attended. Militants have attempted to enter churches, sometimes attacking Christians with truncheons and knives. The Catholic Church has also been the victim of repeated acts of vandalism, in particular pro-abortion and insulting tags on churches.[3]

The applicant's lawyers work pro bono, so interrupting a Mass will have cost her only €115, which is not enough to dissuade other activists from following suit. Above all, in the Court's case law, for cases involving a sum of the same order of magnitude, e.g., €125, €137, €150, €157, €200, €227, €228 and €445,[4] the Court found that there was no "significant harm". It therefore applied the admissibility criterion set out in Article 35 § 3 b) of the European Convention, declaring these applications inadmissible. Conversely, where the Court considered that financial loss was sufficient not to apply this admissibility criterion, it was for sums of at least a couple of hundred euros.[5] If the Court were to consider that the sum of €115 is a significant prejudice, deserving not to declare the case inadmissible, this would be a first, and difficult to justify.

The ECLJ also recalled in its observations that there is no right to interfere with the religious worship of others. As expressed by Judge Elósegui in Mariya Alekhina and Others v. Russia (2018), "Article 10 does not protect conduct consisting of invading churches and other religious buildings or property for political purposes, nor does it protect conduct comprising intimidation and hostility against Christian Orthodox believers."[6] It was such behaviour, not Ms Zawadzka's pro-abortion message, that was sanctioned. Such a sanction is not a Polish exception and has equivalents in many other European countries, such as France, Italy, Portugal, and Denmark. Since disturbing religious worship is not protected by freedom of expression, the prohibition of such disturbance does not interfere with the applicant's rights. This reasoning confirms the inadmissibility of the application.

That said, it is possible that the Court will decide to examine the application on the merits for another reason, despite the small amount of the fine and this apparent lack of interference with Ms Zawadzka's rights. This is unlikely, but on an issue like abortion, politics sometimes trumps law. If the application is examined on the merits, criteria must be applied to reconcile the freedoms of expression and religion. The ECLJ has applied the few principles that are useful when considering proportionality in this case. We concluded that the €115 fine was necessary to protect the Christians' right to freedom of religion. A higher fine would also have been proportionate.

Ms Zawadzka and her lawyers hope that the fact that ECHR judges share their pro-abortion views will be enough for them to condemn Poland, ignoring the law and case law. They are trying to instrumentalise the Court. The applicant has incorporated these views into an offensive anti-Christian fight, going so far as to deny the right of Christians to freedom of worship. The exercise of worship will remain more protected than its interruption by "a kind of flash mob". This has nothing to do with abortion.