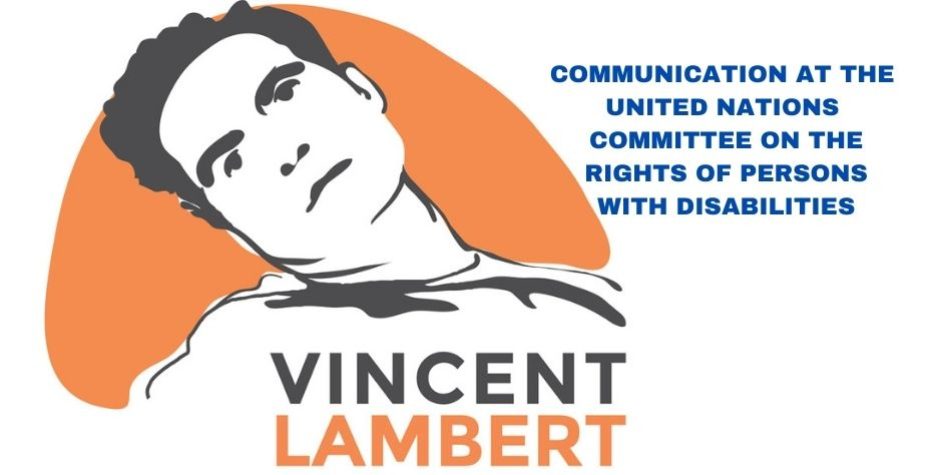 On September 14, 2021, the United Nations Committee on the Rights of Persons with Disabilities (CRPD) published its concluding observations as part of the periodic review of France. Composed of 18 independent experts, the CRPD is responsible for monitoring the implementation of the Convention on the Rights of Persons with Disabilities. In order to do so, it examines, among other things, the reports that each State Party is required to submit at regular intervals and that contain details of the measures taken to fulfil their obligations under the Convention (article 35). Civil society is also called upon to contribute in this review through the possibility of submitting comments to the Committee. In the context of the periodic review of France, which ratified the Convention in 2010, the European Centre for Law and Justice (ECLJ) sent the CRPD a written contribution dealing with the implementation of the Convention and its Optional Protocol in France in light of the "Vincent Lambert case".

France criticized on the issue of prenatal genetic screening

In its concluding observations, the Committee first notes the positive aspects of France's implementation of the Convention on the Rights of Persons with Disabilities, before listing the aspects of concern and making recommendations to remedy those.

Among these, we feel it is particularly important to emphasize the call to order that France received on the issue of prenatal genetic screening. This practice indeed allows a form of eugenics in that it leads in the majority of cases to the abortion of unborn children for whom an anomaly has been detected. The Committee thus expresses its concern about " The devaluing of persons with disabilities through ableist policies and practices that underpin prenatal genetic screening on fetal impairment, particularly concerning trisomy-21, autism and neonatal detection of deafness" (§ 17, b). It therefore recommends that France " Adopt and implement a strategy based on the human rights model of disability in order to eliminate negative stereotypes that devalue persons with disabilities, including in respect of the use of prenatal genetic testing" (§ 18, a).

These welcome statements are in line with what the CRPD stated in 2018 in an official document, "Laws which explicitly allow for abortion on grounds of impairment violate the Convention on the Rights of Persons with Disabilities." It went on to explain that such abortions are often based on misdiagnoses, and that "Even if it is not false, the assessment perpetuates notions of stereotyping disability as incompatible with a good life."

Similarly, in early 2020, the Special Rapporteur on the Rights of Persons with Disabilities stated in her annual report (one of the titles of which is evocative: "Lives not Worth Living"), "When discussing issues such as prenatal testing, selective abortion and pre-implantation genetic diagnosis, there is a shared concern among disability rights activists that bioethical analyses are often used to give an ethical justification to a new form of eugenics, often referred to as “liberal” eugenics." (§ 21). It went on to state that "Prenatal genetic screening and testing should be implemented and made available in a manner that respects the rights of persons with disabilities and values them as equal members of society" (§ 63) and that "It is important that balanced and accurate information is provided, not just about the risks and limitations of prenatal tests, but also about life with the condition that is being screened for, in order to create a process for prospective parents to confront any personal or societal bias to which they may have been exposed." (§64).

Violations of the Convention in the Lambert case pending

In submitting its written contribution, the ECLJ wished to share with the CRPD concerns regarding the fate reserved today in France to severely disabled persons such as Vincent Lambert, whose infamous "case" highlighted numerous failures in the implementation of the Convention and its Optional Protocol. As a reminder, Vincent Lambert was a quadriplegic man in a state of altered consciousness. He died on July 11, 2019 after having been deprived for several years of the care he was entitled to because of his state of health and ultimately of the nutrition and hydration that were provided to him by enteral route. This, after the French government refused to implement the interim measure, namely maintaining this nutrition, required by the CRPD.

However, it must be noted that the conclusions of the CRPD are not directly related to the "Vincent Lambert case". However, we can note the Committee's concern about the policies of systematic institutionalization on the basis of disability that are in place in France. In the same vein, stating that it is concerned about "The deaths of persons with disabilities in institutional settings", the Committee recommends to "Develop measures in consultation with organisations of persons with disabilities and independent monitoring mechanisms, to initiate emergency deinstitutionalization of persons with disabilities to ensure safe and independent living in the community and to protect the right to life in critical health situations." (§ 21, b and 22, b) From this point of view, Vincent Lambert should have been able to leave the palliative care unit, which was unsuited to his situation and where he was held in "prison-like" conditions, while all requests for transfer were systematically refused, whether to his parents' home or to an institution specialized in the care of this type of disability and offering to take him in.

While it is regrettable that the Committee did not fully address the issues raised by the "Vincent Lambert case" during this periodic review, it must nevertheless be recognized that these issues are specific and certainly call for further developments, thus making it difficult for the Committee to formulate it in such a document: this may explain the restraint of the Committee. This is all the truer since the procedure relating to the communication presented to it by Vincent Lambert's parents on April 24, 2019, is still pending. However, the conclusions that it will render in this case will allow it to deal specifically and in extenso with what appear to be the failures of the French State in the implementation of the Convention and its optional protocol with respect to Vincent Lambert.