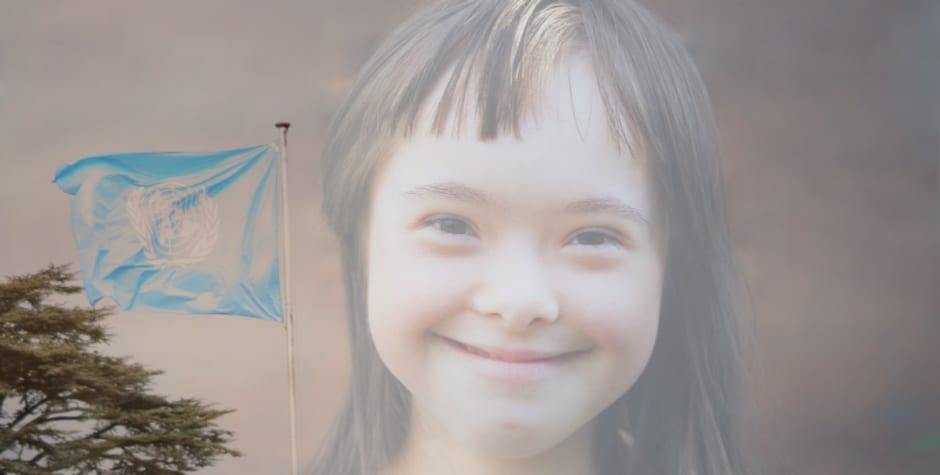 On Monday, on World Down Syndrome Day, several former ECHR judges spoke out against eugenic abortion before their former court. Louis-Marie Bonneau, Research Fellow at the European Centre for Law and Justice (ECLJ) explains why they decided to speak out in this way.

On 21 March, World Down Syndrome Day, a group of former judges of the European Court of Human Rights (ECHR), of the Inter-American Court of Human Rights and UN experts intervened before the ECHR. Together with the ECLJ, they are asking the Court to recognise that eugenic abortion of children with Down syndrome can be banned, and indeed should be banned out of respect for the rights of persons with disabilities. They are also supported by academics, judges, lawyers, jurists, non-governmental organisations, associations, and federations of associations. This move is unprecedented in the history of the European Court. It is the first time that former judges acted in this way before the Court and that the question of eugenic abortion is raised in such a direct manner. It must be said that the issue of eugenics is at the heart of the debate on abortion in the United States, the United Nations and now in Europe. In addition to the words of these experts, with Down syndrome, asked the ECHR judges to not allow abortion of Down syndrome children.

The ECHR faced with attempts at instrumentalisation

In Poland, in a context where in 2019, 435 of the 1110 abortions that took place followed a diagnosis of Down syndrome,[1] the Constitutional Court banned abortion on the grounds of the baby's disability, still allowing abortion on other grounds. This decision of 22 October 2020 is now being challenged before the ECHR. A number of women and associations are protesting against this decision, considering that their right to health and freedom are threatened.

On 1 July 2021, in an exceptionally rapid response to these applications, the ECHR informed the Polish government of its decision to rule on a series of 12 cases on this matter. This announcement by the Court is surprising since none of the applicants is a "victim" of an inability to abort. In fact, according to the information provided by the Court, those who are pregnant are expecting a healthy child and do not want to have an abortion. Some others cannot or do not want to become pregnant. They are simply arguing before the ECHR that they fear that they may not be able to have an abortion if, in the event of a future pregnancy, their babies were found to have a disability. This is the "turnkey" argument provided by a Polish NGO called Federa under the supervision of lawyers Kamila Ferenc, Agata Bzdyń and Monika Gąsiorowska. The latter two are former ECHR lawyers who also work with the Helsinki Foundation on these issues. This raises questions because some members of the Court's registry, who examine the admissibility of applications, are also former members of this foundation in Poland. Since then, at least six other applications have been lodged against this constitutional decision, including M.L. v. Poland, where the applicant considers herself a victim of having had to go abroad to abort her child because he had Down syndrome, a procedure that cost her €1,220.

These applications use the Court for political purposes. While everyone can have doubts concerning the decision of the Polish Constitutional Court, it is problematic to use the ECHR to impose one's point of view. Human rights defenders should not undermine the Court's procedural rules by allowing doubts to arise about their personal or ideological proximity to members of the institution. This weakens the Court's credibility.

The commitment of former ECHR judges to defend life

The substantive issue raised by these applications before the ECHR is a sensitive one. To be precise, the question is whether human rights include the right to have an abortion solely because the child has a disability, such as Down syndrome. The experts therefore call for a more balanced approach to this legal debate. They propose to consider it from the perspective of the expertise of the UN Committee on the Rights of Persons with Disabilities (CRPD). In 2018, in its General Comment No. 36 on Article 6 of the International Covenant on Civil and Political Rights, the CRPD, while not questioning abortion, explained that "Laws which explicitly allow for abortion on grounds of impairment violate the Convention on the Rights of Persons with Disabilities ", in particular because this type of abortion "perpetuates notions of stereotyping disability as incompatible with a good life".

For the CRPD, abortion on the basis of disability alone is in itself a discrimination that stigmatises people with disabilities. In 2017 and 2021, the UN Committee's experts had already warned about the devaluation of people with disabilities through prenatal genetic screening policies for foetal defects, including Down syndrome. Similarly, former ECHR judges and experts cite the UN Special Rapporteur on the Rights of Persons with Disabilities, Ms Catalina Devandas Aguilar, who explicitly denounced in her report to the Human Rights Council in 2020 the ideology that there are "lives not worth living".

On World Down Syndrome Day, the UN recalls that "Down syndrome occurs when an individual has an extra partial (or whole) copy of chromosome 21. It is not yet know why this syndrome occurs, but Down syndrome has always been a part of the human condition. It exists in all regions across the globe and commonly results in variable effects on learning styles, physical characteristics and health." This difference should be the occasion for greater acceptance and consideration for these people.