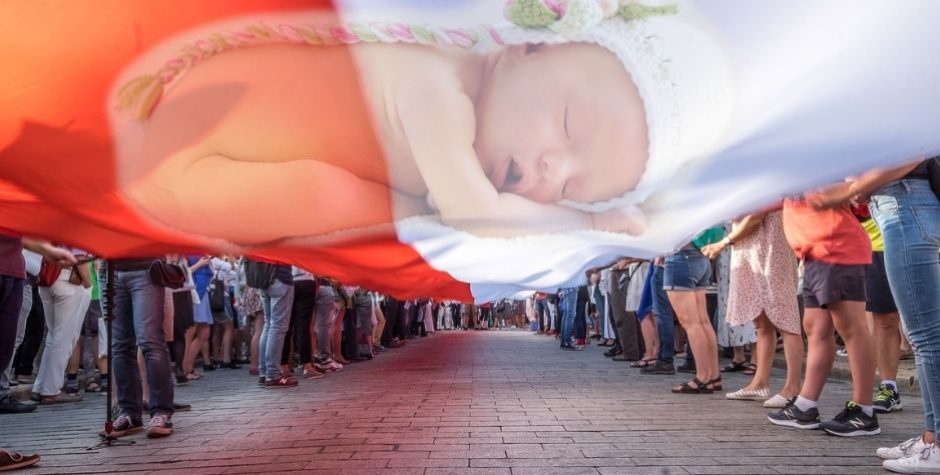 Eugenic Abortion Before the Polish CC

On October 22, 2020, the Polish Constitutional Court will address the issue of eugenic abortion, i.e. abortions permitted under Polish law when "prenatal examinations or other medical data indicate a high probability of serious and irreversible disability of the foetus or an incurable life-threatening illness."[1]

The Polish law of 1993 allows abortion in such cases, as well as when the continuation of the pregnancy threatens the life or physical health of the pregnant woman, or when the pregnancy is the result of an act prohibited by law (rape or incest).[2] According to official statistics, more than a third of the 1,000 to 2,000 abortions performed in Poland each year are performed on children with Down's syndrome, i.e. children whose disability is not life-threatening.

The ECLJ is intervening in these proceedings and will submit a brief to the Polish Constitutional Court in support of the protection of human life and against eugenics.

On November 19, 2019, one month after the last parliamentary elections, 119 deputies (out of the 460 deputies of the Sejm) from three different parliamentary groups - PiS, PSL-Kukiz and Konfederacja – brought an action to the Constitutional Court to rule on the conformity of eugenic abortion with the Polish Constitution. They believe that this provision violates four constitutional principles: the innate and inviolable dignity of the human person,[3] the right to life,[4] the prohibition of discrimination on the basis of disability[5] and the principle that the Republic of Poland is a democratic constitutional state.[6]

A referral that competes with the citizen's bill "Stop Abortion".

After having been blocked by the PiS majority in the parliamentary commission in 2018-19 despite a favorable opinion from the Minister of Justice and President Andrzej Duda who promised to sign it, this citizen's bill, resulting from an initiative that had obtained a record number of 830,000 signatures from citizens (in a country of 38 million inhabitants), was examined again in April 2020. The Polish Constitution indeed obliges the Sejm to reconsider citizens' bills at the first reading when Parliament is renewed, while other bills still in progress at the time of the parliamentary elections lapse.

A vote on April 16, 2020, led to the bill "Stop Abortion" being sent back to committee, a procedure that in Poland has been described as "freezing the Diet". See on this subject the article by Priscille Kulczyk "Poland: The Citizens' Initiative against Eugenic Abortion Once Again in Quarantine". Earlier, in the autumn 2016, the PiS parliamentary majority had rejected in second reading another citizen's bill, "Stop Aborcji" (Stop Aborcji), which provided for a ban of all abortions except in the case of pregnancies posing a risk to the life of the pregnant woman. Between 2011 and 2015, when it was in the opposition, the PiS supported several citizen initiatives in this direction.

The decision of the Constitutional Court could have a great impact on the future of the country.

This initiative received a wide support. The Children's Rights Defender, Mikołaj Pawlak (in office since December 2018), supports the abolition of eugenic abortion and has expressed his support for the "Stop Abortion" citizen's bill several times in parliament and in the media. The law of January 6, 2000 on the Defender of the Rights of the Child clearly states that a child is considered to be "every human being from conception to the age of majority."[7] This law also states that the Children's Rights Defender must provide particularly intensive assistance to children with disabilities.[8]

In 2018, the UN Committee on the Rights of Persons with Disabilities also stated in an official document that "Laws that explicitly allow abortion on the grounds of disability violate the Convention on the Rights of Persons with Disabilities (Art. 4, 5 and 8). "This Committee explains that this type of abortion is often based on misdiagnosis, and that "Even if not false, this statement perpetuates the prejudice that disability is incompatible with a good life. »

This question of the constitutionality of eugenic abortions[9] is considered important by the Constitutional Court itself, as it will be examined by the full court, with the hearing on October 22 to be presided over by the president of the Constitutional Court Julia Przyłębska. The Polish Constitutional Court had never before considered the constitutionality of eugenic abortion. In 1997, however, it had invalidated a provision introduced in 1996 by the post-communist, left-wing parliamentary majority, allowing abortion on the grounds of the socio-economic difficulties of pregnant women. In its decision of May 28, 1997, the Court had judged this clause to be contrary to the Polish constitution because "the constitutional value of the protected legal good of human life, including life developing in the prenatal phase, cannot be differentiated. Indeed, there are no sufficiently precise and justified criteria that would allow such differentiation according to the phase of development of human life. Human life thus becomes a constitutionally protected value as soon as it appears. This also applies to the prenatal phase." The Polish Constitutional Court also pointed out in 1997, in support of its decision, that the extension of the constitutional protection of human life to the prenatal phase of life is confirmed by the Convention on the Rights of the Child, ratified by Poland in 1991. This international convention, citing the Declaration of the Rights of the Child, in fact reaffirms in its preamble that "the child, by reason of his physical and intellectual immaturity, needs special protection and care, including appropriate legal protection, both before and after birth. »

Eugenic abortion examined for the first time by the Constitutional Court

In 1997, the referral to the Constitutional Court by a group of senators only concerned abortion on socio-economic grounds. The Court had not pronounced itself on eugenic abortion, which it will do on October 22. If it applies its 1997 reasoning, it is likely that it will remove the clause allowing the abortion of children whose disability or illness is compatible with life, such as children with Down Syndrome.

This future decision will be of great importance; it will no doubt be followed by another decision, this time by the U.S. Supreme Court.

[1]   Article 4a, point 1, para. 2 of the Law of 7 January 1993 on family planning, protection of the human foetus and conditions allowing the termination of pregnancy (consolidated text).

- when the pregnancy poses a threat to the life or physical health of the pregnant woman, without any time limit,

- when prenatal examinations or other medical evidence indicate a high probability of severe and irreversible fetal disability or life-threatening, incurable disease, as long as the child could not survive outside the womb (a limit generally accepted as corresponding to the 24th week of pregnancy),

- if the pregnancy is the result of an act prohibited by law (rape, incest...), until the 12th week of pregnancy.

[5]   Notably, but not only, Article 32 of the Constitution on equality before the law and the obligation of equal treatment by public authorities.