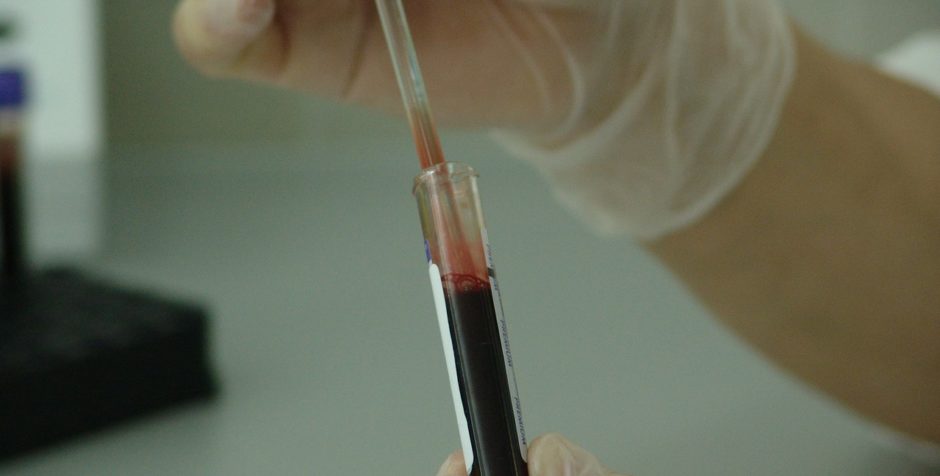 On 28 August 2012, the second section of the European Court of Human Rights issued its first judgment concerning access to pre-implantation genetic diagnosis (PGD). This technique of screening and selection of embryos conceived in vitro aims at giving birth to a child who is not suffering from a genetic disease. It stems from this judgment that access to PGD may de facto  be considered a human right in Europe, a right indirectly guaranteed by the European Convention on Human Rights. This judgment is not final, it may be referred to the Grand Chamber for reconsideration.

Another case concerning access to prenatal diagnosis and abortion is presently pending[1]. The ECLJ intervenes as amicus curiae in these two cases and has been authorised to submit written observations. Until now, the Court had only ruled on access to artificial reproductive techniques (in vitro fertilisation) especially in an important Grand Chamber judgment.

The case of Rosetta Costa and Walter Pavan v. Italy (Ap. 54270/10 submitted on 20 September 2010) concerns an Italian couple both carriers of cystic fibrosis. They have already aborted to avoid the birth of a child with this disease. Wishing to have a child free from the disease, they asserted in the Court that the prohibition of pre-implantation genetic diagnosis by Law 40/2004 infringes their private and family life. PGD would allow them to choose a healthy embryo before implanting it, rather than selecting it later through abortion. Under Italian law they do not qualify for in vitro fertilisation (medical infertility) and PGD is prohibited. Law 40/2004, which governs assisted procreation, was adopted in Italy after a long and difficult national debate. After its adoption in Parliament, its opponents tried several times to obtain its abrogation by referendum. Having failed, they finally turned to the European Court to have the law censored, without even referring the issue to the domestic courts.

The second Section judged the Italian law as such and ruled in favour of the applicants. In substance, it considered that the Parliament had not been coherent in prohibiting PGD while tolerating therapeutic abortion (§ 71). To implement this judgment, Italy should legalise PGD, unless the case is referred to the Grand Chamber.

Several aspects of this judgment may be contested, among which:

First, the Section judged the application admissible although the applicants did not take any step in Italy and did not submit the case to the domestic courts. In practice, their application constitutes an actio popularis, that is to say an attempt directly and abstractly to question the law itself. However, a domestic trial was not doomed to failure as shown by several recent judgments ordering access to PGD for other couples[2], which the Court overlooks (§ 38). Moreover, such domestic proceedings could have led to a decision of the Constitutional Court on Law 40/2004. In this way, the subsidiary character of the European Court would have been respected. The Section, though usually very strict about admissibility conditions, did not think fit to wait until the national courts had ruled on the issue before imposing its own view. This already happened in the case of A, B and C v. Ireland regarding the prohibition of abortion.

In ruling on a general situation without any particular proceedings before the domestic courts, the Court directly judged the decision of the Parliament, moreover in an area where the domestic authorities should enjoy a wide margin of appreciation extending “both to its decision to intervene in the area and, once having intervened, to the detailed rules it lays down in order to achieve a balance between the competing public and private interests”, according to the Court’s case-law[3]. Compared to other cases declared inadmissible, among which the Swiss case regarding the constitutional prohibition of minarets[4], the criteria of the Court are becoming unforeseeable, unless the Court is moving towards a practice of “pick and choose” in the American way, deciding to judge only the cases it is interested in rather than strictly applying the admissibility criteria. In any case, in declaring this application admissible, the Court grants the possibility directly to question a law in Strasbourg, without proving one’s quality of victim nor submitting the case to the domestic courts.

To have this case enter the scope of the Convention, the Court sets forth that the “wish” to have a healthy child “constitutes an aspect of their private and family life and comes under the protection of Article 8” (§ 57). Therefore, according to the Court, the legal impossibility to achieve this wish through IVF and PGD techniques gives the applicants the status of “victims” and infringes their right to respect for private and family life (§ 58). For the Court, this right encompasses a “right [of parents] to give birth to a child who does not suffer from the disease they are carriers of” (§ 65), that is to say their right to give birth to a healthy child. Thus the wish to have a child free from the disease constitutes a right which imposes obligations to the State. Identifying a wish with a right reveals a conception of human rights as a projection of the individual will in the social order.

Although the Section denies is (§ 53), the formulation of a new right must be noted: a right not to transmit bad genes, a right to eugenics. One cannot claim that the right only concerns access to the means of selection since its aim is the procreation of a child devoid of the disease. It is clearly a right to a healthy child, which implies access to the means of selection. This is a best-endeavours obligation, ie one could not rely on it against any disease the child could suffer from but could rely on it against the medical staff whose fault had permitted the birth of an ill child, for example with Down’s syndrome. This happens in cases K. v. Latvia  and Ozçakmak v. Turkey (Ap. 24573/08).

Having proclaimed a “right to give birth to a child who does not suffer from the disease” (§ 65), the Section has to rule on whether the prohibition of PGD infringes this right.

As to the merits, the judgment does not – and could not – assert that the prohibition of PGD is in itself contrary to the Convention[5]. It immediately sets aside this issue as formulated by the applicants, namely whether “the prohibition to have access to PGD is compatible with the Convention” (§ 60). The judgment rephrases the issue as the proportionality of the prohibition of PGD with regard to the authorisation of therapeutic abortion (§60). Thus, in this judgment, the Court changes standard: it does not assess the case with regard to the requirements of the Convention, but with regard to the “coherence” the Italian provisions should have with one another to be justifiable before the European Court. The control of the European Court thus goes very far: it focuses on the coherence between various provisions of domestic law which separately are not contrary to the Convention.

It is also because of this requirement of coherence that the Court condemned States which have not fully legalised assisted procreation[6] and abortion[7]. In these areas, which are ruled with a system of prohibition/derogation, the requirement of coherence of the domestic legal order allows to widen the breaches opened by the derogations. Indeed, its fundamental logic is to assess the principle in the light of the exception, instead of the opposite. Finally, the domestic law must be put in coherence with the initial transgression. According to the reasoning of the judgment, Italy could not have been condemned if so-called therapeutic abortion was prohibited. It is only because Italy authorises such abortion that the Section found a ground to impose the legalisation of PGD.

The Court only examines the legislation in the light of the result, namely the paradox of the possibility of so-called therapeutic abortion and the impossibility of PGD. It does not take into account the principles which governed this compromise: human dignity and the protection of the embryo. Like in the Section judgment in the case of S. H. v. Austria, reversed by the Grand Chamber, it considers that if one exception is admitted, here therapeutic abortion, then all exceptions must be permitted.

Whatever may be thought of the internal coherence of the Italian legislation, since the prohibition of PGD is not in itself contrary to the Convention, one cannot see how this “incoherence” should authorise the Section to take the place of the national legislator and courts, impose its own ethical position and proclaim what must be recognised a real “right to eugenics”.

Therefore, the ECLJ considers it is necessary to refer the case to the Grand Chamber, which is likely since the case concerns a new issue and raises serious legal questions.

* * *
The European Centre for Law and Justice (ECLJ) is an international, Non-Governmental Organization dedicated to the promotion and protection of human rights. The ECLJ has held special Consultative Status before the United Nations/ECOSOC since 2007. The ECLJ advocates in particular the protection of religious freedoms and the dignity of the person with the European Court of Human Rights and the other mechanisms afforded by the United Nations, the Council of Europe, the European Parliament, and the Organization for Security and Cooperation in Europe (OSCE).
The ECLJ bases its action on “the spiritual and moral values which are the common heritage of [European] peoples and the true source of individual freedom, political liberty and the rule of law, principles which form the basis of all genuine democracy” (Preamble of the Statute of the Council of Europe).

[5]It is much easier to assert that this prohibition is compatible with the Convention and its underlying values.

UN-SR against "liberal eugenecis"By Christophe Foltzenlogel1586242800000
The Special Rapporteur on the rights of persons with disabilities presented her annual report during the last session of the Human Rights Council, which was interrupted prematurely on 13 March due to...
Read More