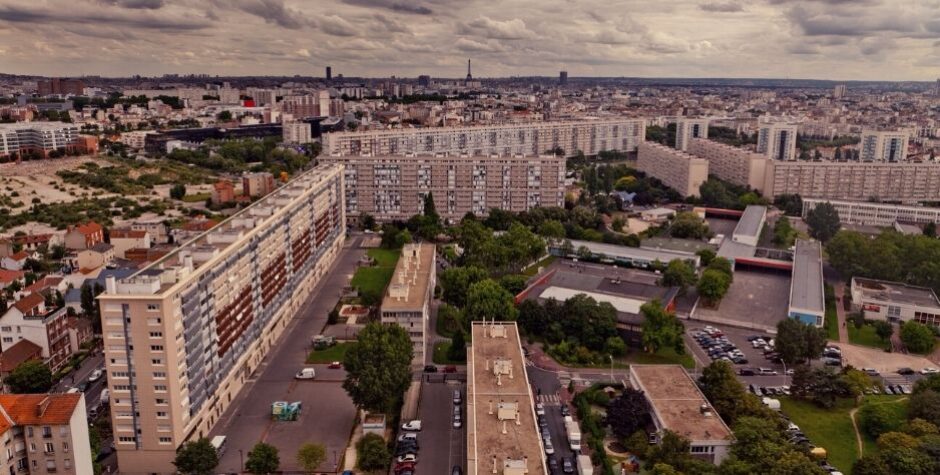 Mrs. M.: Persecuted in France After Converting to Christianity

She is Persecuted After her Conversion

Several Islamist terrorists’ attacks have taken place on French soil in recent years. In the shadow of these events, however frequent and violent they were, hides other equally dramatic acts for many French people. Of lower intensity, but more frequent, incivilities and acts of violence in the name of Islam have become a daily reality. The degradation of churches and cemeteries but also attacks, harassment, and insults by radical Muslims are much more frequent and less often brought to light. Yet these incidents are more numerous, regular, and harmful to the lives of hundreds of thousands of French people. In the face of this new reality, the majority restrict their freedom of movement voluntarily. Many endure this violence for a time and end up leaving these places of communal violence, mainly in the suburbs of large French cities. Others would also like to leave but cannot do so for economic reasons.

Among other situations, is the case of Mrs. M., a French woman who lives in the Ile-de-France region and who has been persecuted for years because of her Christian faith by her radical Muslim neighbor. The European Center for Law and Justice (ECLJ) gained access to the records of complaints filed by Mrs. M. since 2017. It turns out that she has been subjected to several acts of violence by the neighbors in her building such as: shouting and screaming, threats, death threats, insults, forced door openings, damages to her mailbox and other personal property, repeated door ringing and street harassment.

The persecution of Mrs. M. has an established religious motive. Like her, her neighbor is originally Moroccan, but he is a Muslim, whereas she has now left Islam and has converted to Christianity. According to the traditional interpretation of the Qur’an and in most Muslim countries, the conversion of a Muslim or their so called “apostasy” is punishable by law, sometimes even by death. The motive of religious persecution was made clear to the victim by the profile of the neighbor as well as by the forms of persecution he exerted towards her which were: acts of contempt, insults such as "traitor" and "miscreant", but also Qur’anic chants that he played at full volume in the middle of the night. This woman and her neighbor have never held a discussion and have no other reason for conflict. Mrs. M. has lived in this low-income building for 20 years, and prior to the arrival of her radical Muslim neighbor five years ago, she had no problems with any other neighbor. The troubles started as soon as her neighbor learned that she was not a Muslim but that she was rather a Christian.

Over a period of five years, Mrs. M. went to the police station more than 15 times to file a complaint or a report regarding the attacks and intimidating behaviors she was receiving. In 2017, for example, her door was covered with raw eggs and broken eggshells covered the floor of her entrance. A few months later, her door was damaged and forcefully opened with a crowbar. Sometime later, her neighbor even followed her in a pickup truck down a private alley to her apartment building, stopping behind her when she stopped and starting up again when she resumed walking. She also learned that this persecuting neighbor is asking other neighbors for personal information about her regarding her place of work, her place of worship, her specific working hour, etc.

The ECLJ was also able to look at several photos taken by Mrs. M. of her damaged entrance door, her tampered with mailbox, as well as of her torn off telephone wirings. Serious destructive behaviors appear in a flagrant way that point to the unhealthy determination of this radical neighbor to inflict harm on Mrs. M.

Ms. M. lives in constant fear of being assaulted and despite her repeated efforts at filing complaints, it was not until 2019 that this neighbor was summoned to the police station only to be “interviewed” in the end. He then threatened her with death a few days later.

Mrs. M.’s friends no longer visit her in her apartment since they have almost all witnessed the aggressiveness of her neighbor. One of her friends was once assaulted and slapped by this neighbor. When she came to visit, this man intercepted her on the stairs to get Mrs. M.'s phone number, ordered her to leave and then hit her in the face while reproaching Mrs. M. for “going to church.”

Like many other people who live in fear of being attacked, Mrs. M. now wears glasses with a camera every time she leaves her apartment, both to feel secure herself and to provide proof if she were to be attacked. She lives in uncontrollable anxiety and in isolation. As a result of her neighbor's violent attacks on her door and his ability to force it open, no friend visits her at her apartment anymore.

Equally worrying and serious is the development of communitarian attitudes among public servants, particularly among the police force. As Mrs. M. has complained frequently, she has noticed a difference in treatment depending on the ethnic and religious background of the police officer who would be recording her complaint. When she told one officer that she was a Christian from a Moroccan origin, he exclaimed: "Moroccan Christian, does that exist?” As a result, Mrs. M. is under the impression that when her complaints were recorded by police officers of North African origin, they were filed without follow-up; whereas when a police officer of French origin recorded a later complaint, he put more diligence and would at least effectively summon the accused neighbor.

Faced with a lack of sufficient support from the police and a lack of support and action from her landlord, Mrs. M. was forced to consider moving out. However, it is her financial difficulties that have slowed down the process of moving because she does not have a permanent work contract. A request for social rehousing with the town hall is underway, but the processing times are long.

This dramatic situation in which Mrs. M. finds herself, persecuted because of her religion by a neighbor who does not fear the police and her inability to leave the premises for economic reasons, calls for action. This lady is far from being the only one to suffer this kind of religious persecution in France. Religious persecution in France was the subject of a recent ECLJ report: "The persecution of ex-Muslim Christians in France" (March 2021), as well as an accompanying video of testimonies (English subtitles available via YouTube). The fight against Islamism must take several forms, because its violence presents itself in a multitude of ways. There are forms of radicalization, recruitment, and acts of terrorism, but also the fight against principles, communitarianism, harassment, and the incivilities that result from it. A new law that reinforces the respect of republican principles may be of interest for specific new offences, but at this stage, it is mainly important to enforce the law that already exists.