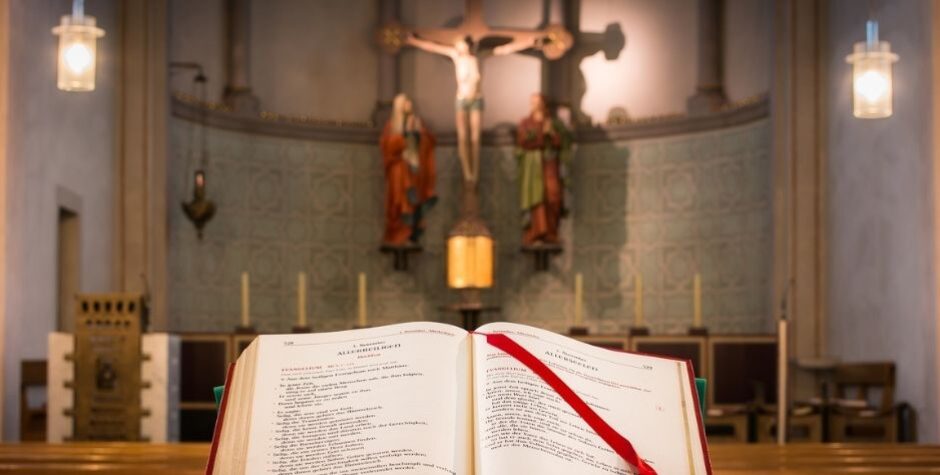 Ban on Masses: A Governmental Abuse

A judge of the Conseil d’État, ruling in summary proceedings, decided this Saturday, November 7, not to restore full freedom of worship, thus rejecting the appeal filed by the Conference of Catholic Bishops, Congregations and Faithful. This decision deserves several comments.

A first observation is obvious: the decline in the knowledge of Catholicism by public authorities, and the resulting historical choice of the bishops to take the government to court to defend their liberties. This is a cultural change.

For the government, commerce is more worthy than religion; and at no time has the Conseil d'État questioned this axiom. Freedom of worship would be only one aspect of freedom of assembly and would be worth less than freedom of demonstration, which is still permitted. This is a considerable fall because never before had the drafters of the 1905 law imagined that freedom of worship would be belittled in this way. International law even places this freedom of religion above the other freedoms by admitting “no derogation” from it, even “in the event of a public emergency which threatens the existence of the nation and is proclaimed by an official act.” Surprisingly, the judge deliberately ignored this provision of the International Covenant on Civil and Political Rights.

Nor did the judge note the government’s abuse of power in deciding which religious ceremonies can be celebrated in a church (marriage and burial with 6 and 30 people respectively) to the exclusion of others (baptisms, confirmations, ordinations, etc.), which clearly violates the 1905 law. The Republic is supposed to ignore religious practices.

However, we can be grateful to the Conseil d’État for providing several useful clarifications:

The faithful may go to places of worship located more than one kilometre away and for a period of more than one hour, by checking the box “urgent family reason” [in the auto-attestation form that is compulsory to go outside during the lockdown in France]. In this regard, the judge in charge of summary proceedings invites the Government to correct the form to “explain” this option.

The ministers of religion may receive the faithful individually, go to their homes and to the establishments where they are chaplains to exercise their ministry. Catholic priests may therefore administer the sacraments in the church, in private homes, as well as in schools, prisons or hospitals, without being subject to the limit of six persons constituting a group when this does not apply.

The faithful may also go to places of worship while the priest is celebrating Mass, provided that they avoid “any gathering with persons who do not share their home.” On this last point, the criteria are still unclear. As the government acknowledged at the hearing, one can be more than six people in a large church without creating a grouping... it all depends on the size of the place of worship. It is regrettable in this regard that France has not adopted an objective criterion of density of faithful per square meter, as many countries have done.

Finally, the scope of this decision should be put into perspective.

Like every summary proceeding, it is a decision taken by a single judge, in a state of urgency. It is not final and is only valid “in the state of the investigation and at the date of the present order.” Thus, the judge may be called again in summary proceedings as soon as new circumstances can be invoked in support of the release of the cult. In this respect, the judge emphasized that the extension of the state of health emergency “presupposes the commitment to a consultation with all the representatives of the main religions, aimed at clarifying the conditions under which these restrictions could evolve.” In doing so, the judge discreetly supports the request of the representatives of the cults to be heard.

Finally, any believer can still appeal to the Conseil d’État against the decree of October 29, 2020, so that the judges, sitting this time in a collegial manner, can decide this question on the merits. A priority question of constitutionality (QPC) could even be added to the procedure. But this procedure will take several months.

In the meantime, it remains possible to declare at the prefecture the holding of demonstrations in public squares, to demand full freedom of worship while celebrating mass. Priests can also celebrate daily requiem Masses with thirty faithful, even in the absence of a body, as the decree authorizes them to do.