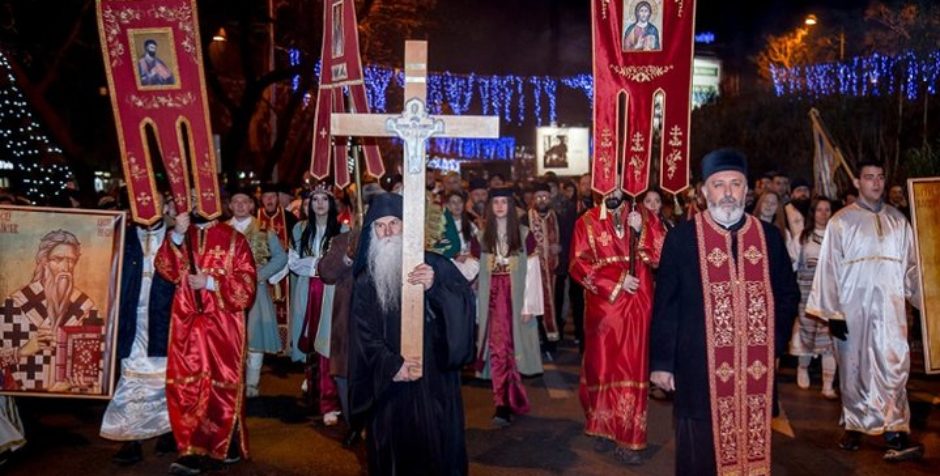 Overview on the Law against the Serbian Orthodox Church in Montenegro

Law on Religions in Montenegro

On December 27, 2019, the Parliament of Montenegro adopted a law tabled by the Government on “freedom of religion or beliefs and legal status of religious communities.” The law was adopted and came into force on January 8, 2020 (Official Gazette of Montenegro, No. 74/2019 of 30 December 2019).

A first problem with this provision is that it requires the Serbian Orthodox Church and its dioceses to apply for their recognition by the State, although they are already recognised under the previous legal regime (of 1977). This is a violation of European law and standards. The 2014 OSCE/ODHIR Guidelines on the Legal Personality of Religious or Belief Communities specifically emphasized that, when enacting new laws regulating the registration process, “States must take into account the rights of already existing communities”  and review any legal provision “that have retroactive effect or do not protect acquired rights, such as those requiring re-registration of religious entities according to the new criteria.” The UN Special Rapporteur on Freedom of Religion or Belief stated in his report of December 22, 2011 that such legal provision were “extremely problematic” and that they often seek to “control a religious community that is believed not to fit into the State’s cultural, religious or political agenda.”

CONFISCATION AND NATIONALISATION OF ALMOST ALL THE PROPERTIES OF THE CHURCH (ARTICLES 62-64).

In addition, seizure of property creates conditions for massive corruption as it gives hand over these assets to persons which are close to the regime, as evidenced by the high corruption index in Montenegro.

Regarding other religious schools, only a religious community that is recognised may found and run such establishment. The curricula and contents of the textbooks and manuals of the religious schools are controlled by the public authority responsible for education.

The law also limits the right of the parents until their children are eleven. Once they are twelve or older, parents do not have the right to give a religious teaching to their children without their consent (Article 51). Otherwise, they may be fined up to 2000 euros (Article 59).

The law was passed with brutal force at 3 a.m., after 17 members of the Parliament opposition were arrested and taken into custody. It was adopted without dialogue with churches and religious communities. One of the MPs is a member of the PACE and was deprived of his passport. Since its adoption, massive and peaceful protests have been taking place every week, gathering up to a third of the population.