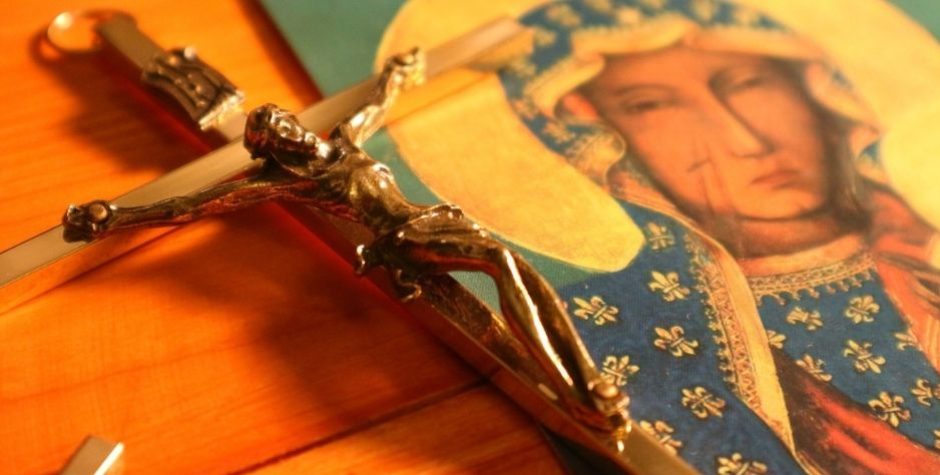 While the "hosts’ case" is pending at the European Court of Human Rights, let’s have a historical look at the legal protection of sacred things.

This is no research in positive law on how to resolve the unfortunate cause that opposes the Spanish State to the Bishops and Catholics of Spain. The purpose of this article is to recall, on the other hand, the righteous place of the protection of sacred, religious or holy things in the great tradition of European law. If the Christian roots of Europe are sometimes the object of (false) debate, no one can question the Roman roots of European law. Let us recall, for example, that Roman law was applied in various forms in Europe until the beginning of the 20th century. It was only at the very beginning of the 20th century, exactly in 1900, that Germany abandoned it in favour of the Bürgerliches Gesetzbuch, the German Civil Code. But the profound influence of Rome's law could not be limited to the German Empire. Many legal historians (e.g. Paul Koschaker, Peter Stein) have emphasized that Roman law was the foundation of the common law of Europe. Thus, Roman law is to Europe what Greek philosophy also is to Europe. It is a rich intellectual heritage that has forged the European civilization, with the further enrichment of Christianity.

The presence of this fundamental element in the heritage of European civilization justifies its consultation and consideration when serious conflicts involve precisely these elements of civilization. Law is not simply the content of positive texts, it is also the memory of a long experience. To forge itself, practical wisdom needs to experience and remember both successful and unsuccessful experiences.

The case known as "the hosts’ case" obviously questions the place of certain material realities dedicated not only to religious practices but also to divine realities, to God, or to gods in the Roman context. The singular or the plural has no direct impact here.

Let us read some texts that are undoubtedly inscribed at the heart of our legal civilization. In the second century A.D., Gaius, one of the most famous jurists of the classical age, opens the second commentary of his Institutes with a fundamental division of "things" (summa divisio), between "things" of divine right and "things" of human right. It should first be pointed out that for Gaius "things" are not limited to tangible realities; he knows "intangible things".

Things of divine right are in turn divided into sacred or religious things. Sacred things are those that are consecrated, consecratae, to higher gods, while religious things concern family gods, namely ancestral Manes to which are dedicated for example a domestic altar or a family tomb. Access to the category of things does not depend on the initiative of citizens. It results from a solemn juridical act, public as it is visible by all and especially concerning the whole Roman people: a law or a sénatus-consulte. Things are sacred "by the authority of the Roman people", ex auctoritate populi romani. The very constitution of the Roman people contained an undeniable religious element. The pontifices, following the rite, consecrated in the name of the people, following the Institutes of Justinian (Lib. II, §1).

Consecration, thereupon, has the purpose and effect of reserving things consecrated to the divine, of dedicating them to it. They are thus set apart. The resulting juridical consequence is that they become things that are not for sale. They are not part of the heritage of any citizen and are not subject to alienation nor obligations. They are dedicated to the service of the god, as the Institutes of Justinian further specified: "dedicata ad ministerium dei".

Canon law, another element of the common law of Europe, has elaborated on these ideas. Thus the 1917 code declares that sacred things are not to be used for purposes that are repugnant to their nature (can. 1537). It does, however, admit a certain trade for them, provided that the consideration of their sacred character is not taken into account in the fixing of the price, in order to remove any simoniacal character to transactions of this kind (can. 1539).

Canon 1171 of the 1983 Code takes up with a slightly different formulation the idea that the "res sacrae", which are consecrated by a blessing or dedication to divine worship, must not be used in a manner contrary to their purpose. The Oriental code repeats much the same thing (can. 1018). Consecrated hosts are obviously and supremely "res sacrae" and their conservation must be ensured in a ciborium or vase; they should also be quickly consumed (can. 939). They are the object of meticulous dispositions described in can. 938: in a solid, locked tabernacle, the host is to be "preserved with the greatest care," in order to avoid any profanation, ut quam maximime periculum profanationis vitetur. Article three of the Constitution Pastor Bonus reserves to the Congregation for the Doctrine of the Faith crimes against the sanctity of the Eucharist. Finally, Canon 1367 of the 1983 Code provides that anyone who carries or holds hosts with a view to committing a sacrilege incurs the penalty of excommunication "latae sententiae", the pronouncement of which is reserved to the Apostolic See. The cleric also incurs, if necessary, another penalty, including dismissal from the clerical state. All this shows the seriousness and gravity with which the Church considers any Eucharistic profanation.

These texts are obviously not in force from the point of view of positive law strictly understood, that is to say, in the state law of the various European States or in the written law of the European Union or the Council of Europe. But a text may, if one does not accept a narrow positivism, not be positively in force and nevertheless deserve to be taken into consideration. Positivism considers as law what is imposed by state power. But next to power is authority. Thus, a text that is not directly included in written law often deserves to be taken into consideration because of its authority. This was often precisely one of the reasons for the adoption of Roman law in the Middle Ages and beyond. When the Republic and Empire of Rome had long since disappeared, Roman law established itself as a monument of prudence and justice, as the "written reason". As such, it can still be considered part of the practical wisdom accumulated over centuries by European civilization. It would therefore be contradictory for a European Court to disregard them. It would then contradict the civilization from which it is itself derived. It would oppose its decisions as an Institution of Europe to the achievements of European wisdom. Pronouncing itself would thus ruin its own legitimacy; which is an important part of European civilization.

In fact, Roman wisdom not only preserves the "sacred things" but in doing so it also preserves one of the most important dimensions of the European man. Indeed, it is not only the law that considers it necessary to protect consecrated things, but it is part of the European heritage to consider that certain things are reserved for worship and must be protected. It is enough to remember some of Plato's texts or to think of the place held by the Temple of Graces in Aristotle, to recall the emotion and the legal reactions provoked by the mutilation of Hermes in Athens and described by Thucydides. Closer to home, the fire at Notre-Dame de Paris also raised similar emotions. Christianity, as has been pointed out, followed in the footsteps of Roman wisdom to preserve not only the peaceful exercise of worship but even more to preserve the exercise of the virtue of religion. This virtue consists in rendering a certain justice to God. It is exercised precisely through the exercise of public worship and the consecration of certain realities to God himself. For the European man, the heir of this civilization, not to protect this domain reserved to God and beneficial to the men who participate in worship would constitute a grave injustice in this twofold respect.