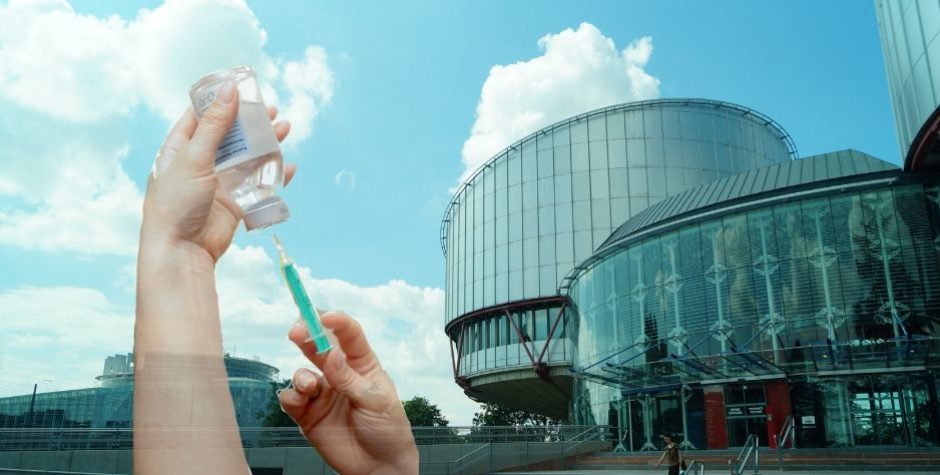 On Wednesday 1 July 2020, the Grand Chamber of the European Court of Human Rights held its hearing in the case Vavřička and others v. the Czech Republic. The ECLJ intervened in this case as early as 2016 and is pleased to note that many of the arguments developed in its written observations were taken up at this hearing.

This case originates from some parents’ refusal to administer to their children all or part of the vaccines compulsory in the Czech Republic. Two parents refused all vaccines on religious grounds, others objected to some vaccines only, doubting their effectiveness, others finally wanted to vaccinate their children later than planned by the administration. In another case, finally, the refusal was due to various health problems of the child. These couples were all sanctioned. One was fined, the other five were prevented from enrolling their children in nursery school. Before the European Court, the parents mainly invoked their right to respect for their private and family life, to freedom of conscience and the right to education (Articles 8 and 9 of the Convention and Article 2 of the 1st Protocol).

The question of the legitimacy of these refusals involves many complex considerations. As a proof of this, the case was referred to the Grand Chamber at the request of the section dealing with it. Such a referral shows that the case is serious or that it “might have a result inconsistent with a judgment previously delivered by the Court” (Article 30 of the Convention). The importance of the case can also be seen from the third-party intervention of four States (Germany, France, Poland and Slovakia) and four NGOs (the Association of Vaccine Injured Persons, the Rozalio association, the European Forum for Vigilance Vaccine and the ECLJ).

The advantage of a hearing before the Grand Chamber is that the most important arguments in the case can be presented orally, and above all for the judges to be able to directly question both parties: the applicants and the respondent State.

The argument of the Czech Government

The representative of the Government of the Czech Republic defended the legal obligation of immunization on pain of a fine and of a refusal to enrol unvaccinated children in public schools. In justifying such an obligation, the Czech Republic stated that it is based and fully relies on the conclusions of scientists, international consensus, and the opinions of the Czech National Committee on Immunity. The Agent of the Government even concluded that it was not for the Court to call into question the scientific conclusions on which the obligation to vaccinate was based.

The scientific arguments regarding herd immunity, the safety of the vaccines and the medical studies demonstrating their effectiveness also led the Government Agent to conclude that parents opposed to the vaccination of their children constituted dangers to public health.

One argument that may convince the Court is that the Czech Republic did not force the parents to vaccinate their children, but fined them for refusing to do so, without taking further action. The ECLJ had stressed this point in its written observations. The ban on enrolling unvaccinated children in public schools was presented by the Government not as a personal sanction but as a general protective measure.

However, the weakness in the Government's argument was the recognition that a new law of April 2020 establishes a system of compensation for health damage caused by compulsory vaccinations. This system, which exists in the United States, allows parents whose child develops a serious pathology following the administration of a vaccine to file a claim for compensation, which is then examined by a medical committee. The Medical Committee assesses the likelihood of a causal link between the administration of the vaccine (the causal event) and the development of the pathology (the injury), in order to decide whether or not to grant a compensation. This system of compensation makes it possible to compensate people without them having to prove with certainty the causal link with the event causing the injury. It simply has to be probable. The advantage of this system is that it allows compensation to be paid more quickly and more simply than through the Courts. However, it is an implicit public recognition that vaccines are not always harmless.

The Argument of Objecting Parents

The applicant parents’ pleading was relatively weak. Their Counsel challenged the proportionality of the sanctions, explaining that denying access to public education was too severe a sanction and that the conditions of access to the newly introduced compensation system were too restrictive and the compensation too low.

Perhaps the strong point of the argument, which might convince some judges, is the general and absolute nature of the vaccination obligation based on the “dictatorship” of the experts. Indeed, the Government relies exclusively on the scientific opinion of medical experts. However, no one can deny that doctors or scientists have not been wrong in the past. The lawyer explained that if one blindly followed the Czech Professional Association and the National Committee on Immunity, forced sterilizations and other medical acts that are now prohibited would still be practised.

The Covid-19 crisis currently illustrates all the stakes involved in vaccines and the links between the pharmaceutical industry and scientists, and how “scientific consensus” can sometimes be instrumentalized or distorted. Medical studies have been published in prestigious journals and used by governments to take strict measures. However, some of these studies have been questioned by part of the scientific community even though they had been presented as reliable and definitive (see the example of the Lancet).

On this basis, could the judges of the European Court of Human Rights recognise a right to conscientious objection to parents regarding the vaccination of their children? It is at least likely that a debate would take place between the judges in view of their keen interest in the case. No less than 18 questions were asked by the judges at the end of the oral pleadings, which is exceptional for the Court, and which may indicate the scepticism of some judges as to the usefulness of the obligation to vaccinate. Selection of questions:

- What level of vaccination coverage is necessary to ensure the safety of the population?

- Are government approaches of promotion rather than mandatory vaccination less effective?

- Who decides what is in the best interests of the child if the parents’ opinions differ from those of experts?

- What is the benefit of vaccinating infants against hepatitis B?

- Who draws up the list of mandatory vaccinations and what safeguards are in place to avoid conflicts of interest?

- What percentage of serious cases are reported following vaccination?

- Can vaccination be imposed on individuals as an act of solidarity? If so, under which article of the Convention is there an obligation of solidarity?

In response, the Czech Government mainly hid behind the recommendations and information provided by the World Health Organization. It was unable to answer exactly what rates of vaccination coverage were required and gave the figure of less than 10 recognized serious cases per year as a result of vaccinations in the Czech Republic.

For their part, the applicants replied, following the ECLJ's observations, that countries without compulsory vaccination achieved vaccination coverage rates equivalent to those where it is compulsory; that the side effects of vaccines are not properly studied, and that the objection to vaccination was not a question of freedom of religion, but rather a conscientious objection raised in the context of a scientific debate.

The European Court is expected to give its decision in the coming months, just as the question of a general vaccination obligation against Covid-19 will arise.

The ECLJ, for its part, considers that the aim of compulsory vaccination can be achieved by less restrictive measures that are more respectful of the fundamental rights and freedoms of parents. The ECLJ has intervened in this respect in this case, inviting the Court to:

- Set clear limits on the power of the state to impose compulsory vaccination;

- Reject the general and absolute nature of the obligation to vaccinate;

- Find that the aim sought by compulsory vaccination can be achieved by less restrictive measures that are more respectful of the fundamental rights and freedoms of parents.

The ECLJ has been working since 2010 on the issue of conscientious objection, particularly in medical matters. Its Director, Grégor Puppinck, has published a summary study on this issue: “Conscientious objection and human rights, a systematic analysis” (published in French by the CNRS and in English by Brill).