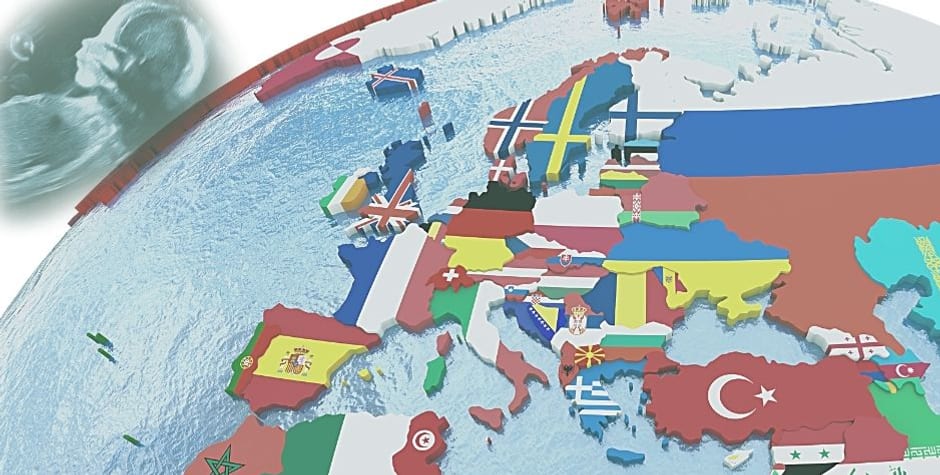 Europe: Is Abortion Free & on Demand?

The recent adoption of the Matić Resolution at the European Parliament continues to fuel false claims about the legal status of abortion. One of the most common false claims is that abortion would be a human right under the right to health. This is false and the laws of European countries reflect that abortion is not a human right, but an exception limited in principle to certain defined situations.

The precise study of legislations currently in force in the 47 member states of the Council of Europe shows that 13 states prohibit abortion[1] on demand, authorizing abortion only in very rare exceptional cases (e.g., rape of the mother, risk to the mother’s life, etc.).

In the states where abortion on demand is legal, eight allow it only during the first ten weeks of pregnancy,[2] Estonia during eleven weeks,[3] and a further twenty states during twelve weeks.[4] Thus, of the thirty-four Council of Europe member states that allow abortion on demand, twenty-nine (85% of them) only permit it within the first twelve weeks of pregnancy.

Abortions can still be performed in most of these countries after the legal deadline has passed, but they will only be permitted under special circumstances. The main such exceptions are as follows: serious malformation of the foetus, pregnancy resulting from rape, and pregnancy that endangers the physical and psychological health of the pregnant woman.

Even under these conditions, however, ten European countries still prohibit such exceptional abortion procedures after twenty-four weeks of pregnancy.[7]

Thus, in 29 member states of the Council of Europe, abortion is only legal before 12 weeks of pregnancy. According to a study published by the European Institute of Bioethics,[8] this limit is based on technical and medical reasons, both physical and psychological. According to a collective of more than 2,600 gynaecologists, psychologists, general practitioners, and other health professionals expressing themselves in July 2019: “after 3 months of pregnancy, abortion is a much heavier gesture for the woman, her entourage, but also for the caregivers who are closely or remotely involved.”[9] Abortion after 12 weeks most often involves splitting the foetus up and is psychologically difficult for the practitioner.

Different abortion methods depending on the stage of the pregnancy

During the first trimester of pregnancy, there are two methods to perform an abortion. Before 7 weeks, the abortion pill is most often prescribed. After 7 weeks of pregnancy and up to the 12th week, the method of aspiration of the embryo or foetus[10] with the help of a cannula introduced into the uterus, which is normally used.

During the second trimester of pregnancy, the foetus grows considerably. In three months, his size increases from 8 to 35 cm. At 18 weeks of pregnancy, he is already 20 cm long. The size of the foetus no longer allows the use of a suction cannula for abortion. Doctors therefore resort to two other methods. Induced abortion or embryotomy.[11]

Induced abortion, also known as “induced labour”, is usually performed by administering Mifepristone© to the woman. This agent blocks the action of progesterone, which is necessary for the pregnancy, and causes the expulsion of the foetus after a few days. However, it is possible that the induction method is not successful.[12] It is then necessary to resort to instrumental abortion by dismemberment.

Embryotomy abortion or “dilation and evacuation” (D&E) is a surgical method of splitting the foetus up. This method is the most commonly used because it is faster and does not require an hospitalization unless there are complications.

Studies show that the method of foetal splitting up and extraction is burdensome for gynaecologists.[13] The technique is often experienced as brutal or even unbearable. According to David A. Grimes, a professor of obstetrics and gynaecology in the United States who performs abortions, “The D&E method shifts the emotional burden of the procedure from the woman to the physician.”[14] In fact, the woman does not see the foetus being extracted in pieces from the uterus. It is the doctor who, in addition to seeing the dead foetus, must dismember him himself.

Moreover, according to the French National College of Gynaecologists (CNGOF), abortion all methods included– “remains in essence a brutal transgression, for the foetus but also for the mother. Caregivers also feel the ambivalence and discomfort that can affect care and even safety.”[15]

Psychological and physical consequences for the mother

Psychologists and psychiatrists agree that the beginning of the fourth month of pregnancy marks a fundamental stage in a woman's relationship with her pregnancy and her unborn child, on both physical and psychological levels.[16] Subsequent abortions therefore have stronger psychological consequences and involve a more frequent mourning period.

In addition, abortions before 12 weeks pose less risks to a woman's health. Indeed, studies show that maternal mortality following abortion increases with every week of gestation. The mortality rate, which is still very low, increases by 89-fold from 8 weeks to 21 or more weeks of pregnancy (8.9 per 100,000).[17] Complications associated with second-trimester abortions are primarily haemorrhage, cervical injury, early or late infection, and uterine perforation or rupture. It is because of the risks for serious complications that abortions after 12 weeks of pregnancy should be performed in facilities with ready access to blood transfusion and emergency laparotomy.[18]

Despite the still widespread idea that a foetus can only feel pain from the 24th week of pregnancy, recent studies, although not yet providing definitive answers, tend to prove that this limit is not scientifically founded.

A 2020 scientific study “Reconsidering Foetal Pain”, published in the Journal of Medical Ethics, shows that the foetus can feel pain as early as the fourth month of pregnancy. Professor Stuart Derbyshire, from the National University of Singapore, who has worked as a consultant for the Pro-choice forum in the United Kingdom and Planned Parenthood, and the American physician John Bockmann, argue that: “Even if we consider the cortex necessary for the experience of pain, there is now sufficient evidence that the thalamic projections (ed. note: sensory information) in the subplate, which occur around 12 weeks of gestation, are functional and equivalent to the thalamocortical projections that appear around 24 weeks of gestation”[19]. The neonatal physician Carlo V. Bellieni also explains, in a study published in Nature in 2020, that the cerebral cortex is not essential for the foetus to feel pain, as long as the subcortical structures for pain perception are present.[20]

In the current state of scientific knowledge, it is therefore impossible to rule out the possibility of foetal perception of pain from the 13th week of gestation, as the most recent studies tend to show.

[7] Grey boxes in the appendices

[10] In scientific terms, one speaks of an embryo until eight weeks after conception, and then of a foetus until birth. At 12 weeks of pregnancy, the foetus measures about 9 cm from head to tailbone.