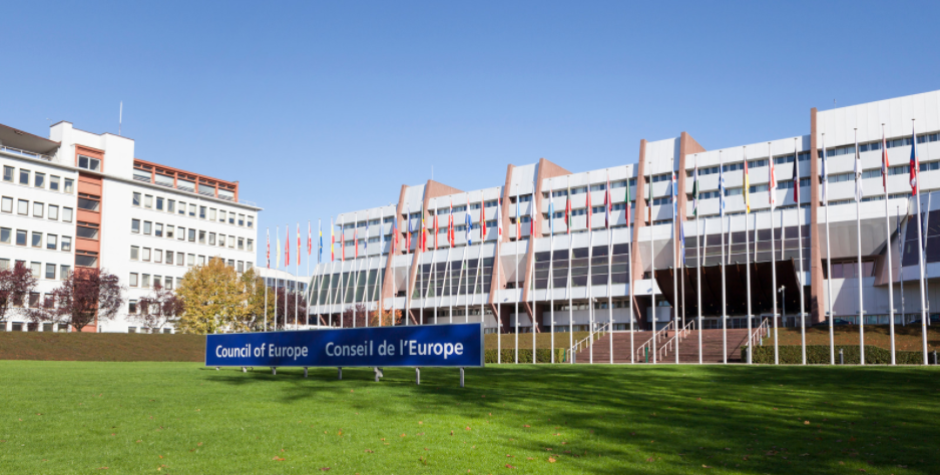 Poland vs the Council of Europe

The number of applications against Poland in the field of abortion is increasing at the European Court of Human Rights (ECHR). As previously reported, the ECLJ intervened in September 2020 in the case of B.B. v. Poland, still pending before the Court, in which the Polish law on abortion and conscientious objection is challenged.

13 new pro-abortion applications before the ECHR

On 1 July 2021, 12 applications claiming a right to eugenic abortion were submitted.[1] All were filed by Polish women who said they are very "worried" and "stressed" by the fact that they won't be able to eliminate a hypothetical disabled child. This practice was indeed prohibited, following a case before the Polish Constitutional Court in which the ECLJ was a third party. The European Court allowed the ECLJ to intervene in these 12 cases.

The application of Jolanta Anna Zawadzka against Poland was also communicated, on 29 June 2021.[2] This feminist activist had been fined for disrupting a mass in Warsaw in 2016 to protest against the Church's position on abortion. She is invoking her right to freedom of expression before the ECHR. Both her lawyers see this case as part of the demand for abortion rights in Poland.

All these cases are still pending.

Undue supervision by the Committee of Ministers

In this context, another procedure against Poland is underway, before the Committee of Ministers of the Council of Europe. The ECLJ intervened in this procedure in July 2021. Some explanations are necessary to understand it:

The ECHR has already condemned Poland three times due to an access to abortion being considered ineffective, in the judgments Tysiąc (2007), R.R. (2011) and P. and S. (2012).[3] In other words, it was not a matter of imposing on Poland further liberalisation of abortion, but of allowing timely and unhindered access to abortions that were already legal.

As with all ECHR judgments, Poland is obliged to comply with these three judgments. The Committee of Ministers of the Council of Europe is responsible for monitoring this execution. However, the monitoring procedure is surprisingly still open, between 9 and 14 years after these judgments. It is in fact abusive, for two reasons: on the one hand Poland has largely fulfilled its obligations and on the other hand the recent requests of the Committee of Ministers exceed its mandate.

In the scope of Rule 9 § 2 of the Committee of Ministers, allowing any non-governmental organisation to submit a communication, the ECLJ has submitted written observations concerning the follow-up to the Tysiąc, R.R. and P. and S. judgments. Two other organisations, the Centre for Reproductive Rights and the Federation for Women and Family Planning, also intervened in this procedure.

The written observations submitted by the ECLJ

We reminded the Committee of Ministers that Poland has already responded to its requests. It has implemented effective procedural safeguards allowing a pregnant woman to have her arguments heard in case of disagreement with the medical team, including whether she fulfils the legal requirements for an abortion. It also ensured access to reliable information for women seeking an abortion.

The supervisory procedure of the Tysiąc, R.R. and P. and S. cases should therefore already have been closed.

In its observations, the ECLJ denounced the two excessive demands of the Committee of Ministers, present in its interim resolution of 11 March 2021.[4] The Committee has in fact greatly extended its field of supervision, without any link to the three judgments whose execution it supervises:

Eugenics at the heart of the battle

It is interesting to note that, both at the ECHR and in the Committee of Ministers, but also in the pro-abortion demonstrations in Poland, it is the issue of eugenic abortion that is at the heart of the battle. Before their ban, these abortions were mainly targeted at children with Down's syndrome. However, people with Down's syndrome do not suffer and are generally happy.

Poland is not obliged to respond to the excessive demands of the Committee of Ministers, which infringe on its sovereignty. On the contrary, Poland should be commended for its commitments to the preservation of the life of unborn children, including those with disabilities.