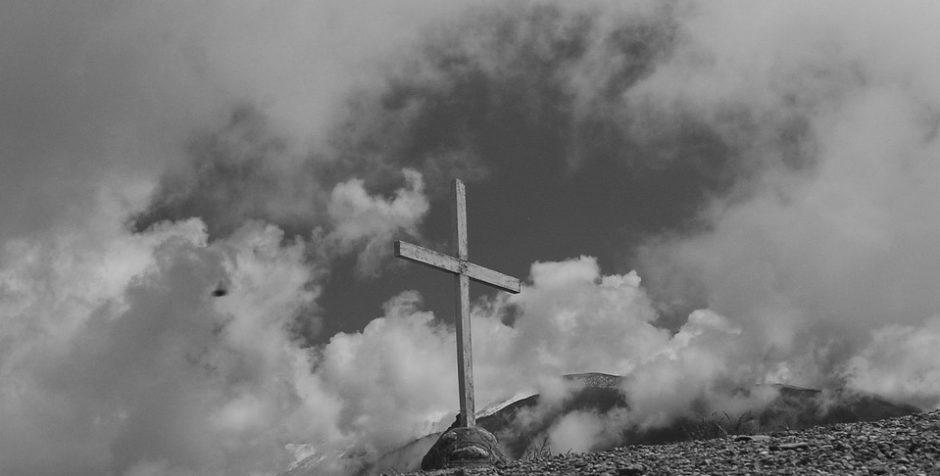 In 2019, there were over 245 million Christians victims subject to strong persecution throughout the world.[1] This means that one Christian out of nine is persecuted on account of his or her faith. According to World Watch List, to which the ECLJ contributes by providing various information, this figure is rising.

It is within this context that, on 11 April 2019, several members of the Parliamentary Assembly of the Council of Europe (PACE) drafted a motion for a resolution (Doc. No 14873), entitled: "Persecution of Christians worldwide – how to tackle the issue?". PACE had, in the past, already been moved by the persecution of Christians. Therefore, the assembly adopted resolutions on this persecution in the Near and Middle-East, condemning, among others, the abuses and thereupon the “genocide” perpetrated by the Islamic state towards Christian minorities in Iraq and Syria.[2] Based on those resolutions, PACE also presented the Committee of Ministers of the Council of Europe with recommendations.

The motion for a resolution of April 2019 demonstrates an increased awareness of the importance of the persecution of Christians. It recalls that the latter remains a major problem and is increasing in some areas, especially in Africa and South-East Asia. This motion called on PACE to “establish a precise and updated statistical report on the situation of persecuted Christians in the world”; to “commission a review into the member States’ best practices in order to promote religious freedom internationally”; and to “take coordinated measures and call the member States to adopt the best practices to tackle the worldwide issue of religious persecution, faced by millions of Christians”. The ECLJ, aware of the extent of the worldwide persecution towards Christians nowadays, is glad about this initiative.

The persecution towards Christians on account of their faith is an unfair violence which infringes their freedom of religion and several other of their rights.

The States which organise such a persecution often try to prevent adherents of the main religion from converting to Christianity. Therefore, these States violate those people’s freedom to change religion.[3] Some States also prevent Christians from gathering for worship. This is particularly the case in Muslim States such as Saudi Arabia, Afghanistan, Somalia or Pakistan.[4]

Furthermore, this persecution of Christians can also take the form of serious discrimination. In several States, Christians are considered as second-class citizens, inferior to the other citizens. This discriminatory situation in everyday life exists in many states such as Egypt, Nigeria or India.[5]

This persecution and discrimination also affect Churches and parishes. Sometimes indeed, the latter fail to be acknowledged by the State and to have a legal personality, which causes many problems. Moreover, the Churches’ right to property is often violated, despite the ongoing and peaceful enjoyment of their possessions. On this last point, the ECLJ recently denounced through its observations made as part of an appeal before the European Court of Human Rights (ECHR), the violation of the Right to Property of a Greek Orthodox community’s foundation in Turkey in the case Arnavutköy Rum Ortodoks Taksiarhi Kilisesi Vakfi v. Turkey. Indeed, despite the steps taken by this foundation for decades, the Turkish authorities, including the jurisdictions, refuse to registrate its name on the cadastre for a plot for which the actual and uninterrupted possession is not challenged. This refusal to acknowledge the Right to Property of this foundation is discriminatory, as it comes from its belonging to a religious minority in a State in which the main religion is Islam.

In even more violent ways, Christians are sometimes tortured or killed on account of their faith. The ECLJ took action before the Human Rights Council in Geneva for the acknowledgment of the persecution of Christians and other minorities by the Islamic State as a “genocide” by the UN, and for that the ECLJ (see here and there as well as here for the last intervention).

According to international law, a genocide is a set of crimes “committed with intent to destroy, in whole or in part, a national, ethnical, racial or religious group”. The acknowledgement of a genocide by the United Nations does not only bring out the symbolic importance but also helps to fight and condemn it more efficiently. Indeed, international law states that the genocide itself as well as “conspiracy to commit genocide, direct and public incitement to commit genocide, attempt to commit genocide, complicity in genocide” are punishable (Convention on the Prevention and Punishment of the Crime of Genocide, and Rome Statute of the International Criminal Court). Therefore, the acknowledgement of such a genocide by the States and the international community imposes the positive duties to fight against genocide and thus protect the people who are being exterminated.

Christians have also been arrested, judged and detained on account of their faith, and this conflicts with the principle of the prohibition of detaining and arbitrarily arresting someone and with the right to a fair trial. The ECLJ fought, and still fights, for Christians arbitrarily detained to be released.

Thus, pastor Andrew Brunson was released from Turkish prisons on 12 October 2018 as a result of the action taken by the ECLJ before the European institutions and the UN, working jointly with the American Center for Law and Justice (ACLJ) which organized a petition and appeared before the United States Congress. Moreover, the ECLJ intervened last 8 July at the UN to denounce John Cao’s situation, being arbitrarily detained in China since March 2017. This man, a pastor as well, was convicted for organizing illegal border crossings.  Despite the appeal against this sentence, he remains detained in harsh conditions. Encouraged by the ECLJ, his wife spoke at the UN to denounce this situation which is utterly absurd as her husband’s humanitarian work was known to the local authorities and the Chinese government (see here for her intervention).

On a more global basis, the ECLJ denounces Christians situations in various States worldwide: Turkey, Bolivia, Egypt, Iran, Iraq, Kazakhstan, China, Nigeria, Pakistan. The ECLJ is especially involved in the process of the Universal Periodic Review (UPR), in which it provides reports intended to inform the United Nations Human Rights Council of the various violations of the freedom of religion within those States. The ECLJ is also devoted to the Christians’ situation within Europe itself.  At the behest of the Observatory on intolerance and discrimination against Christians in Europe, the research associates of the ECLJ provide, for example, information about the persecution of Christians in France.

Through all those actions, the ECLJ is working to raise awareness, within the European institutions, of how important and serious the worldwide persecutions towards Christians on account of their faith is. The aim is for those institutions to strongly urge the persecutory States to bring this situation to an end.