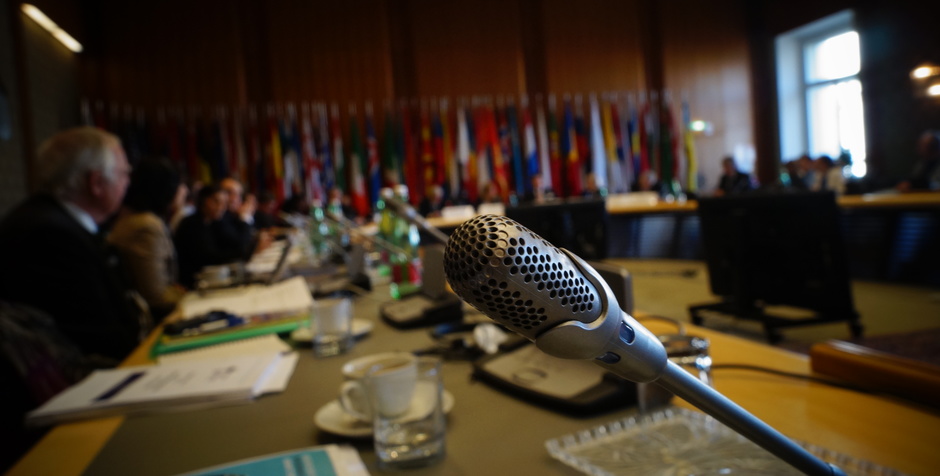 OSCE Conference : “Christians are the Most Discriminated People in the World”

Discrimination and intolerance against Christians is a threat for the security of individuals and societies as it may give rise to wider scale conflict and violence across the OSCE region[1]. To tackle this issue, the OSCE Serbian Chairmanship and the OSCE Office for Democratic Institutions and Human Rights (ODIHR) organized on 18 May 2015, in Vienna, a “Conference on Enhancing Efforts to Prevent and Combat Intolerance and Discrimination against Christians, Focusing on Hate Crimes, Exclusion, Marginalization and Denial of Rights”. This is the second conference on this topic, the first one being held in Rome, on 12 September 2011[2]. It aims to build on the previous commitments of the Participating States related to the protection of Christians against intolerance and discrimination, namely the 2005 Cordoba Declaration by the OSCE Chairperson-in-Office, the subsequent OSCE Ministerial Council Decisions 10/05, 13/06, 10/07 and the 12 September 2011 high-level meeting in Rome.

During the three sessions of the Conference, governments, international organizations and representatives from civil society explored the present challenges and made recommendations to Participating States, to OSCE/ODIHR and international governmental human rights institutions, to religious leaders, to NGOs, to journalists and artists in order to effectively protect Christians. Mr. Massimo Introvigne, Director of Cesnur, Italy, opened the Conference with an overview on different forms of intolerance, discrimination and hate crimes against Christians, explaining by examples how intolerance, discrimination and hate crimes are closely interrelated. He underlined that intolerance is a cultural phenomenon identifying, through movies, art, cartoons, etc, a group as being bad. From intolerance comes discrimination and from the latest derives the hate crimes. The representative of the Holy See to OSCE, Msgr. Janusz Urbanczyk, made several statements. He noted that “the lives of many people are being affected only because of their Christian faith, which actually can be found at the roots of the culture of tolerance and equality”. He indicated that Christians and Christian communities are the most persecuted religious group on a global level, even in countries where they constitute a majority. Offending, insulting and attacking Christians became almost legitimate and if Christians protest against these offences, they are again accused of being opponents of free expression or of manifestation of rights of others, Msgr. Urbanczyk said. He expressed concerns about the limitation of the freedom of religion of Christians as “a sharp dividing line drew between religious belief and religious practice, so that Christians are frequently reminded in public discourse or even in the courts, that they can believe whatever they like in private, and worship as they wish in their own churches, but they simply cannot act on those believes in public”.

The European Union’s delegation limited itself to affirming the right to freedom of thought, conscience and religion and the Participating States obligation to protect it, including one’s right to live without a religion. It mentioned that some individuals may face multiple forms of discrimination, such as Christian women.

The first session of the Conference addressed the hate-motivated crimes and incidents against Christians, including manifestations of intolerance and violence, including the security of clergy, consecrated persons, Christian sacred sites (places of worship, shrines, cemeteries, monuments and symbols) against vandalism and destruction. Ms. Rima Tuzun, Head of Foreign Affairs of European Syriac Union, presented the tragic situation of Syriacs in Turkey, Syria and Iraq: from a people who spread Christianity in the Middle East and gave civilization to the West, they become an unknown people nowadays. Ambassador Dimitris Moschopoulos, Former EU Facilitator for the Protection of Religious and Cultural Heritage sites of Serbian Orthodox Church in Kosovo, deplored the destruction of religious monuments in Serbia. Dr. Anahit Khosroeva, Senior Researcher in the Institute of History, National Academy of Science of the Republic of Armenia mentioned the persecution of Christians in the Middle East, especially of Armenians and Syriacs. Representatives of the Moscow Patriarchate accused the Ukrainian army for destroying 67 sacred sites in the East of Ukraine during the Russian–Ukrainian recent conflict. On the other, Ukrainian delegation and NGOs denounced the difficult situation of the priests in Crimea and East of Ukraine and of the parishes that have to reregister. Physical and verbal assaults, as well as the desecration of Christian sites and monuments, especially in France, which are often not reported to the police or other relevant authorities, were also exposed.

In the second session, dealing with denial of rights, exclusion and marginalization of Christians, Ms. Gudrun Kugler, director of the Observatory on Intolerance and discrimination against Christians in Europe delivered a speech and submitted recommendations. Analyzing the legislation and practice in West of Vienna countries, she identified 5 categories of denial of rights of Christians: 1) freedom of conscience rights in the medical and employment field; 2) freedom of expression rights on ethical issues; 3) freedom of assembly and association rights, including public funding, as demonstrators were not protected against counter-demonstrators and public funding was refused on the basis of incompatibility of the Christian ethics with the public institution ethics; 4) parents’ rights, regarding compulsory sex education in public schools and prohibition of homeschooling; and 5) private autonomy, including Church autonomy and antidiscrimination legislation.

Mattias F. Ferrero, coordinator of the “Giuseppe Dossetti” Observatory for Religious Tolerance and Freedom, by an oral statement, drew the attention on the denial of the right of religious organizations to be free in admitting new members or in excluding existing ones in the context of implementation of non-discrimination laws. He also presented some recommendations to change the situation of Christians in OSCE area.

Father Vsevolod Chaplin, Chairman of the Department for Church-Society Relations of the Moscow Patriarchate stated that Christians should enjoy the same rights to practice their faith and to participate in the public life of the society as any other person. He also denounced the capitalist, materialist, liberalist Western society.

Greek Orthodox from Turkey denounced the tergiversation of the Turkish Government to return the Halki Seminar to their community and the non-recognition of the Orthodox Patriarch of Constantinople as the “Ecumenical”.

During the third session, best practices and recommendations on tackling discrimination, intolerance and the denial of rights to Christians were presented by participants.
The session was concluded by ODIHR Director, Michael Georg Link, who expressed his hope that the discussion and the recommendations at the conference would help efforts to counter intolerance against Christians: "There are still too many barriers to developing policies and initiatives to challenge intolerance against Christians. ODIHR is ready to continue its efforts to help participating States the recording of data on hate crimes against Christians – data that can then guide policymakers in preparing the most effective response to this problem".

[1] The OSCE was created in the early 1970s to serve as a multilateral forum for dialogue and negotiation between East and West. On 1 August 1975, the Helsinki Final Act was signed, containing a number of key commitments on polito-military, economic and environmental and human rights issues and establishing ten fundamental principles governing the behavior of States towards their citizens, as well as towards each other. Until 1990 it functioned as a series of meetings and conferences that built on and extended the participating States' commitments, while periodically reviewing their implementation. Since 1990 it acquired permanent institutions and operational capabilities, responding to the new challenges of the post-Cold War period. The prevention and response to hate crimes is an essential part of its core mission to provide early warning and prevent conflict. It comprises 57 participating States from Europe, North America and Central Asia.

[2] Two other 2011 such Conferences addressed anti-Semitism and intolerance and discrimination against Muslims.