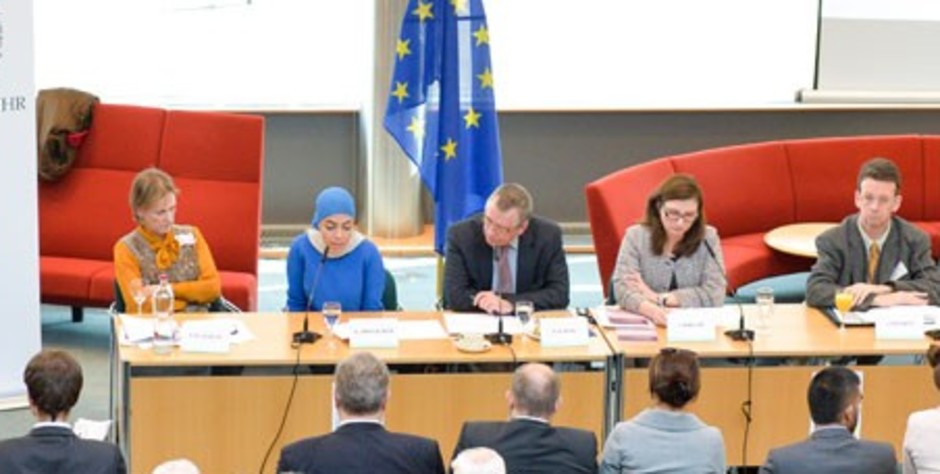 Peter van Dalen MEP, Co-President of the EP Intergroup on FoRB & RT and co-author of the Intergroup's report said: "Today is a milestone for the Intergroup since its upgrade by the European Parliament Conference of Presidents. With the presentation of our report, we hope to shed some more light on the violation of this fundamental right and stand up for the many millions of people who are bullied, discriminated, persecuted and even killed because of their religion or belief."

Dennis de Jong MEP, Co-President of the EP Intergroup on FoRB & RT and co-author of the Intergroup's report said: "For the report we have made a thorough analysis of all available material. Unfortunately, we can only conclude that violations of freedom of religion or belief have become more frequent and intense. Despite the adoption of the EU-Guidelines on the protection of FoRB, it still depends very much on the individual priorities of embassies and delegations whether the EU and its Member States raise the issue of freedom of religion or belief with third countries and take appropriate action. On the basis of the current report, the Intergroup will closely monitor the developments, especially in the countries of concern, and put pressure on the EEAS and the Member States to take more effective action. To this effect we included both institutional and country specific recommendations in the report."

The report which was well received by the European Institutions, religious or belief groups and civil society comprises chapters on freedom of religion or belief in five regions of the world and documented violations committed by states, non-state actors or both. The report also has a thematic chapter on violence against places of worship and holy places. The Intergroup included this chapter to raise awareness of the targeting of sites by totalitarian and extremist groups in attempts to eradicate religious or belief communities in certain countries. In its concluding chapters the report lists institutional recommendations for more effective promotion and protection of FoRB in the European Union's (EU) external policies as well as country-specific recommendations regarding identified countries of particular concern.

2) The European Parliament Intergroup on Freedom of Religion or Belief and Religious Tolerance is a group of like-minded MEPs dedicated to ensuring the EU, in its external actions, promotes and protects the right to freedom of religion or belief.