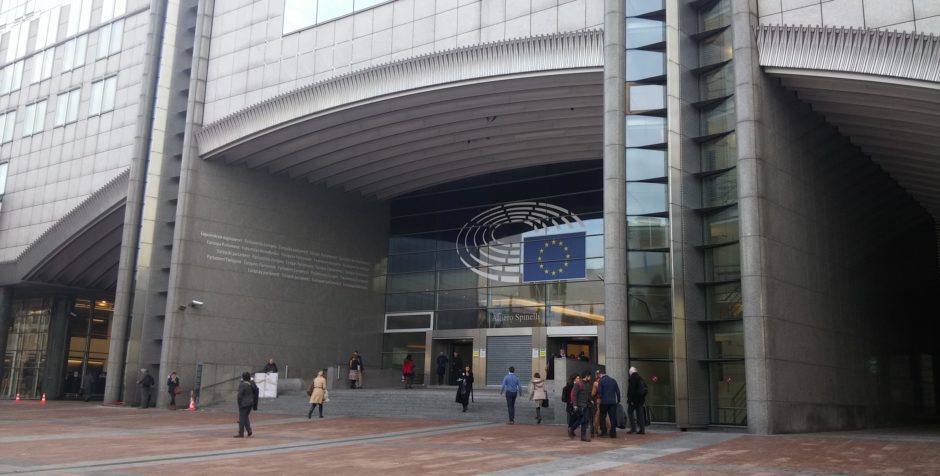 European Mobilization for the Release of Pastor Brunson, Prisoner in Turkey

European Mobilization for A. Brunson

A few days before the next court hearing for the trial of Pastor Brunson, 50 MEPs wrote to President Erdoğan.

After 18 stressful months in prison without being officially charged, Pastor Andrew Brunson is summoned again to appear in court on May 7th.

On this occasion, 50 MEPs from 8 political groups and 16 nationalities reminded the Turkish President of the European Parliament resolution on the current situation of human rights in Turkey adopted in February 2018, which “urges the Turkish Government to release pastor Andrew Brunson and to allow him to return home”

Accused of having participated in the failed coup of 2016, Pastor Brunson faces 35-year prison sentence. He is accused in particular of "dividing and separating [Turkey], by means of Christianization.” He would be acting as “an agent of unconventional warfare” under the “mask of an evangelical church pastor.” The indictment identifies "Christianization" with terrorism and considers that the Christian faith clashes with the unity of Turkey. Many of these accusations are based on "anonymous witnesses" and on "secret documents".

A first hearing took place on 16 April and lasted for almost 12 hours. While Pastor Brunson said he has been loving Turkey and praying for Turkey for 25 years, the prosecutor acknowledged that he was not a member of the opposition movements and that no direct link between him and the 2016's coup could be proven.

He was nevertheless kept in custody.
The next hearing is scheduled for Monday, May 7th.

This fifty MEPs (Members of the European Parliament) are to be added to the list of more and more people and institutions who have asked for the release of Pastor Brunson. At the Council of Europe, other deputies also declared "urgent that Turkey respects its European commitments in putting an immediate end to this scandalous situation."

The ECLJ continues its work with European and international bodies to defend, at his request, Pastor Brunson.

Public Worship in Europe: Overview By ECLJ1589461200000
In Europe, some countries have never banned public worship and others have already reinstated it or plan to do so very soon. Out of the 15 countries we have been able to observe, only Spain and...
Read More

No freedom for conservaticesBy Nicolas Bauer1587478192923
The United Nations (UN) Special Rapporteur on Freedom of Religion or Belief, Mr. Ahmed Shaheed (Maldivian), presented a new report to the Human Rights Council during the March session. [1] The topic...
Read More

Migration Influx or Better Protection?By Nicolas Bauer1575730800000
In its Chamber judgment A. A. v. Switzerland (No. 32218/17) of 5 November 2019, the European Court of Human Rights (ECHR) considered that the return to Afghanistan of an asylum seeker converted to...
Read More
More Related Articles