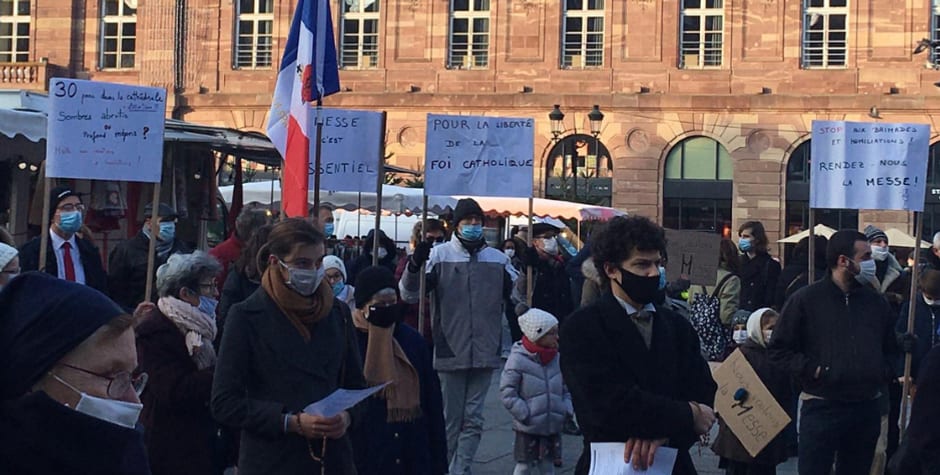 Freedom of Worship Restricted During Covid: The ECHR Rejects One of the Cases

On September 1, 2022, the European Court of Human Rights (ECHR) unfortunately rejected the application Magdić v. Croatia (No. 17578/20). Mr. Magdić, a Croatian Catholic, had challenged his State for violation of his freedom of religion due to the ban on public worship during the spring 2020 lockdown.

The substantive question posed by this action was whether the ban on public worship was proportionate to the objective of protecting public health. The ECLJ had considered that it was not, in its observations to the ECHR in this case as well as in a conference in Italy (in French only).

The application declared inadmissible by the Court

However, the Court did not decide the case on its merits. It declared the application inadmissible. Mr. Magdić allegedly complained in abstracto, without indicating concretely how he had been concretely affected by the ban on public worship. The ECHR recalled the principle that “in order for applicants to be able to claim victim status, they must produce reasonable and convincing evidence of the likelihood that a violation affecting them personally will occur; mere suspicion or conjecture is insufficient in this respect” (§ 9).

Specifically, the Court criticizes Mr. Magdić for not “[failing] failed to specify which public gatherings he could not attend because of the measures in question... nor mentioning where and when he intended to travel” (§ 10).  Mr. Magdić should therefore have recalled some of the obvious; as a Catholic, he wanted to go to Sunday Mass, plain and simple. Not having these details, the ECHR concluded that “the complete absence of any such individual particulars makes it impossible for the Court to conduct an individual assessment of the applicant’s situation” (§ 11).

It is true that Mr. Magdić’s request was brief and not very detailed. The violation of his rights seemed so blatant that he did not bother to list all the trips he would have liked to make to worship God.

However, in another pending application on the same subject, the ECHR will not be able to avoid answering on the merits as easily. The application in this second case, Association of Ecclesiastical Orthodoxy v. Greece (No. 52104/20), is much more comprehensive. The Orthodox association specified exactly how its freedom of worship had been violated: on which days, which rites, in which places, etc. The Court cannot reproach it for complaining in abstracto.

The ECLJ is also intervening as amicus curiae in this second case. Our observations show that the freedom of worship of this association has been violated. In particular, we recalled that in human rights matters, general and absolute prohibitions are rarely justified. Indeed, a State adopting such a measure must be able to prove that no less restrictive alternative measure was possible.

We have relied on the principle of “autonomy of religious organizations,” which the Grand Chamber of the ECHR has mobilized on several occasions, including recently.