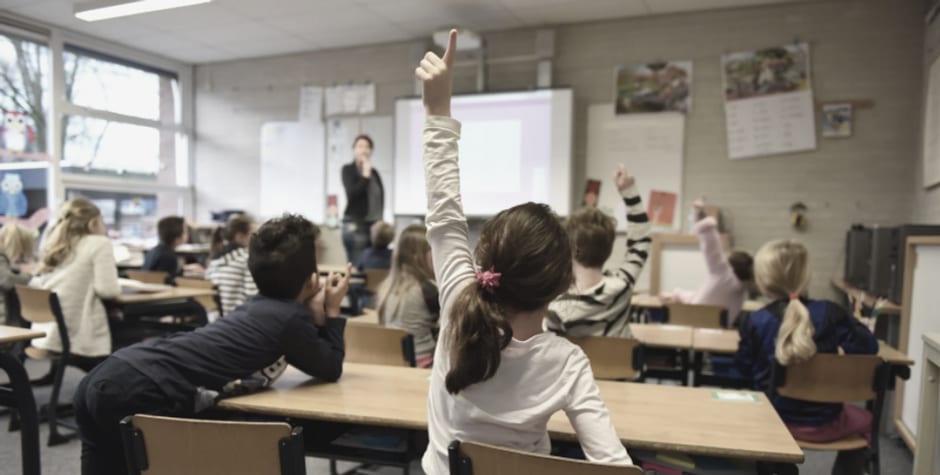 The European Convention on Human Rights acknowledges the joint practice of the right to freedom of religion, citing especially the religious "teaching" (Article 9 § 1). In other terms, religious class or bible school are protected under European law. In Romania, this religious teaching is organised within public schools: it is an optional class, and parents can choose one class for their children, in accordance with their religious beliefs. Each Church or religious group creates a program that the State approves afterwards. Then, Churches choose their teachers and grant them a teaching "accreditation".

Doina Tîmpău and Lorica Popa were teaching the precepts of Orthodoxy. They had received that "accreditation" which, in the Orthodox Church, is granted by the bishop, and could now teach religion to the children, whose parents had asked for such class. However, Doina Tîmpău was using an obscene and vulgar speech, and was constantly repressing the children, whilst Lorica Popa was being branded as being such a bad teacher that, in the end, parents started to unsubscribe their children from her classes. Thus, in 2015, their bishop withdrew their accreditations, and they had to stop teaching.

Ms. Tîmpău and Ms. Popa opposed to the loss of their accreditation, by bringing proceedings before the civil courts. However, those courts declined jurisdiction in this matter. In 2017 and in 2018, the former catechists filed an application before the European Court on Human Rights (ECHR) and in January 2022,[1] the case was communicated to the Romanian government. The ECLJ was allowed by the ECHR to intervene in that case and submitted its written observations in April 2022. The Tîmpău and Popa v. Romania case raises two major issues, concerning both the relations between States and Churches, and the legal precedents of the ECHR.

It is not up to the States to choose the catechists: Churches bear the responsibility for this choice

According to Ms. Tîmpău and Ms. Popa, it should have been possible for them to challenge the loss of their accreditation before the civil, i.e. state, courts. However, there is no current civil right, in the Romanian law, to being a catechist. That activity is ruled by statutory and religious requirements for each faith. Thus, the Romanian law aims to prevent civil authorities from substituting themselves to the internal administration of the religions. Doina Tîmpău and Lorica Popa believe that those requirements in the Romanian law violated their right to access a court, which is guaranteed in Article 6 § 1 of the European Convention.

In its observations, the ECLJ proved that there is no breach in the law. Indeed, in its legal precedents, the ECHR insisted on the fact that it has no right to create, via the case law, civil rights that are not recognized in the internal order.[2] Thus, civil courts can decline jurisdiction on the matter of religion-related questions. In so doing, it prevents the civil authorities to become religious ones.[3] The religious courts, internal to the Orthodox Church, have the jurisdiction to verify the justification of the applicants’ loss of accreditation. Article 6 continues to apply to all acts which, contrary to religious class, do not derive from religion.

In a separate opinion, in the case of Károly Nagy v. Hungary, Judge Pinto de Albuquerque recalled that this legal precedent remains consistent: "In the majority of the cases, the Court has concluded that Article 6 in its “civil” limb was not applicable, since there had been no “right” recognised, at least on arguable grounds, under domestic law. In these cases, the Court has confined itself to verifying whether the measure adopted by the ecclesiastical authorities and subject to ecclesiastical law could be amenable to judicial review by domestic courts according to the state of domestic law, and whether that position was clear and settled. In those cases in which the Court concluded that the measure was not subject to judicial review, it endorsed the domestic courts’ finding that judicial review would encroach on the autonomy of the Church."[4]

Ms. Tîmpău and Ms. Popa also invoke their right to respect for private life, guaranteed in Article 8 of the European Convention. According to them, the reasons for their loss of accreditation, as well as its consequences on their professional lives and incomes, would have violated this right. However, in the absence of jurisdiction over the facts in question, it is difficult to reproach the Romanian civil courts with not having protected the applicants from the consequences of the loss of their licenses on their private lives. For the ECLJ, the examination of the Court can therefore only be limited to verifying the absence of abuse from the religious authorities, i.e. the misuse of their power for a purpose other than religious.

The ECLJ emphasised the importance of relying on the principle of "autonomy of religious organisations" in this case. This principle was recalled by the Grand Chamber of the ECHR in the cases Sindicatul Pastorul cel bun v. Romania, Fernández-Martínez v. Spain, and Károly Nagy v. Hungary[5]. It was also recalled in the case Travaš v. Croatia, decided in 2016, which was very similar to the current case. The ECHR had then, invoking the Catholic Church's right to autonomy, validated the dismissal of a religious education teacher following the withdrawal of his canonical investiture. This right to autonomy of religious organisations should be recalled in the future decision Tîmpău and Popa v. Romania.

Food for thought: ECHR: the principle of autonomy for the churches is being rolled back

[1] Applications Doina Tîmpău v. Romania and Lorica Popa v. Romania have been filed respectively on the 14th of September 2017 and on the 12th of April 2018, communicated on the 13th of January 2022.