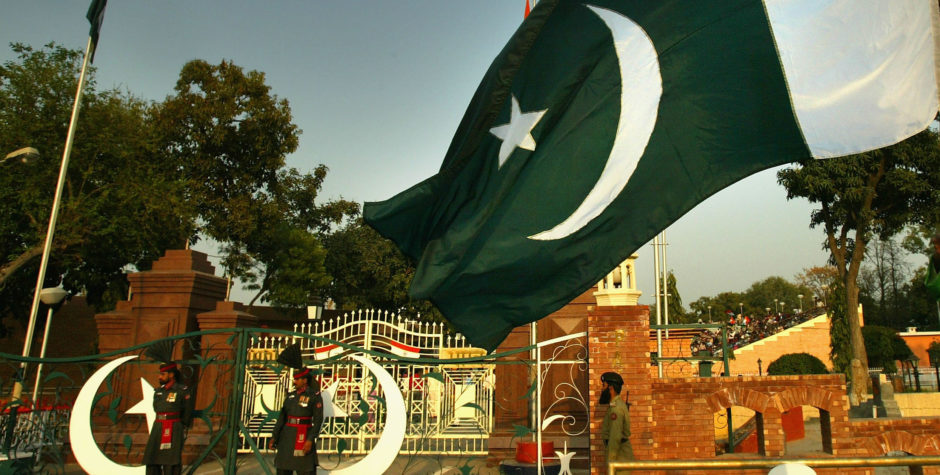 A Convert to be sent back to Pakistan?

In March 2020, the European Centre for Law and Justice submitted its written observations in M.A.M v. Switzerland (Application No. 29836/20). This case deals with the issue of the danger faced by Muslims who leave Islam and convert to other religions in Pakistan. The ECLJ has an affiliate office in Pakistan which provides legal assistance to the persecuted minorities and has first-hand knowledge about many of the cases discussed in the written observations submitted to the Court.

This case concerns a Pakistani asylum seeker, who converted from Islam to Christianity following his arrival in Switzerland. However, the Swiss courts rejected his application stating that there was no reason to believe he would be persecuted in Pakistan due to his new religion. Therefore, the ECLJ’s observations aim at raising awareness of the European Court of Human Rights about Pakistan’s deficiency to guarantee the effective protection of Christians and converts from Islam.

Indeed, while deciding on the expulsion of a person back to one’s country of origin, the Court must assess one’s risk to suffer from torture and inhuman or degrading treatments (article 3 ECHR) as well as the protection of one’s right to life (article 2 ECHR), particularly due to the absolute nature of these rights. The underlying issues of these articles are indissociable and must be examined together. This necessity is firmly asserted in the case-law on the European Convention on Human Rights on immigration. The applicant has invoked these articles along with article 9 of the ECHR, protecting the freedom of religion.

Pakistan is a Muslim majority country, where only about 1.6% of the population is Christian. Considered as “second-class citizens”, they must face persecution, violence, and threats for practicing their religion. The situation is worse for those who convert from Islam. According to the World Persecution of Christians 2019 Index, Pakistan is the fifth country in the world where Christians face the most extreme persecution[1]. Social practices as well as legal measures create a very insecure environment.

Islam is the State’s official religion, and its supremacy influences widely. Indeed, all laws must be brought in “conformity with the injunctions of Islam as laid down in the Holy Quran”[2]. Even though religious liberty seems to be protected under article 20 of the Constitution, the possibility for legal restrictions is open. For instance, freedoms of speech and press may reasonably be restricted when “in the interest of the glory of Islam”[3]. Furthermore, the ECLJ’s observations highlight the blasphemy laws that punish any speech or action that is deemed insulting to Islam, its Holy book, the Quran[4], or it’s Prophet[5]. These laws prescribe life imprisonment or the death penalty. Cases show that blasphemy charges are easily filed over a simple conversation or a Facebook post. These laws nurture the environment of religious intolerance that is now firmly rooted in the society.

A Persecution Reinforced by Society

Recently, the judges of the European Court of Human Rights recognised the public dimension of faith while ruling on an immigration case against Switzerland[6]. Indeed, the judges recalled that being able to practice one’s faith in public without fear or risk is protected by European law (article 9 ECHR); it would be unfair to ask a person to practice his faith in secret in order to avoid inhuman or degrading treatments[7]. In Pakistan, Muslims who leave Islam and/or convert to other religions only do so in secret as they fear the social consequences, which can go from social ostracization to violence and even murder. Although Pakistan has not enacted any law concerning apostasy, this crime is punished with the death penalty under Sharia law and is firmly settled in society’s mind. Threats and pressure initially come from the familial circle towards the converted member, but once the conversion is publicly known, religious groups may also play a role in targeting the convert. With the possibility of being accused of committing blasphemy against Islam and therefore risking severe repression, people are forced to flee their country and seek protection elsewhere.

Finally, the ECLJ’s observations show that the issue of forced marriage and conversion must also be considered seriously. Indeed, young Christian girls are targeted and kidnapped to be married to older Muslim men. Every year, around 1,000 Christian and Hindu girls are forcibly converted to Islam and married to Muslim men[8]. Once again, national protection seems to be lacking and courts rarely take action against such practices. Despite a law prohibiting child marriages, Pakistani courts uphold marriages of young girls on the basis of Sharia law, which does not consider young girls to be minor after they attain puberty.

We expect that the European Court of Human Rights will decide the case in a few months. The ECLJ hopes that its written observations would help the Court to acknowledge the serious situation of Christians in Pakistan and therefore, the failure of Swiss courts to correctly assess it.

The ECLJ has previously intervened in similar cases, notably in F.G v. Sweden (No 43611/11) in which we pointed out the critical situation faced by Christians in Iran. The ECLJ warned that the decision to send a converted Christian back to Iran would result in severe risk of persecution, and therefore would violate article 3 of the Convention[9]. The Court stated that national authorities had an obligation to thoroughly assess the risks faced by migrants while ruling on their forced return to their country of origin, otherwise risking violating articles 2 and 3 of the Convention.

The ECLJ regularly reports about religious freedom issues in different Member States for the United Nations. Recently, in two Universal Periodic Reviews, it warned about the deficient situation in Greece[10] and the Republic of Sudan[11].