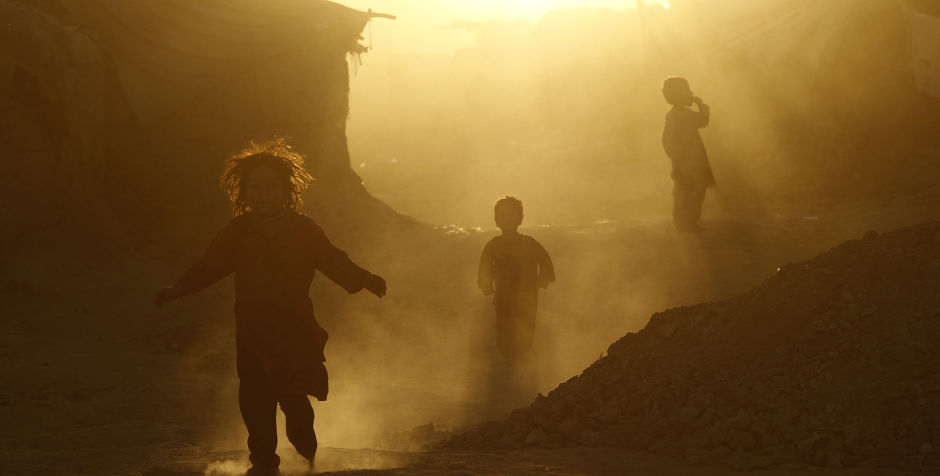 The ECHR recognizes the public dimension of faith to prevent deportation

In its Chamber judgment A. A. v. Switzerland (No. 32218/17) of 5 November 2019, the European Court of Human Rights (ECHR) considered that the return to Afghanistan of an asylum seeker converted to Christianity would be contrary to European law. With such an expulsion, Switzerland would expose the Afghan national to severe persecution and would violate the right not to be subjected to "inhuman or degrading treatment", enshrined in the European Convention on Human Rights. This decision by the Strasbourg judges enabled the applicant "A. A." to obtain a refugee status; it is also good news for Christians’ freedom of religion, especially for their right to publicly express their faith.

A summarised version of this article was published on Aleteia on December 5, 2019.

“A. A.”, a young Afghan, applied for asylum in Switzerland in March 2014, due to the insecurity in Afghanistan and his conversion from Islam to Christianity. But the Swiss State Secretariat for Migration rejected this asylum request. In 2016, the Federal Administrative Court confirmed this decision and ordered the expulsion of “A. A.”. The Swiss judges did not question the authenticity of his conversion but considered that “A. A.” could live safely in Afghanistan with his uncles and cousins, who were not informed of his baptism.

The case was brought to the European Court of Human Rights (ECHR) in April 2017 and immediately asked for the deportation to be suspended, pending the examination of “A. A.”’s request. On 5 November 2019, the Strasbourg judges spoke on the merits: they held that an expulsion would violate the European Convention on Human Rights, in its article 3 prohibiting inhuman or degrading treatment. The European Center for Law and Justice (ECLJ) recalls that Christianity is the most persecuted religion in the world and welcomes this judgment of the ECHR.

Protection from persecution in Afghanistan

According to the World Persecution of Christians 2019 Index (in French only), Afghanistan is the second country in the world with the most extreme persecution of Christians, after North Korea. A. A. v. Switzerland relies on other international documents and reports, in particular from the United Nations High Commissioner for Refugees (UNHCR). In Afghanistan, Christians, when they are converts and therefore “apostates” of Islam, risk the confiscation of their lands and property, the loss of their jobs, the rejection from their families, and even imprisonment or the death penalty. The 1951 Geneva Convention prohibits the expulsion of refugees to a country where their life or liberty may be threatened (article 33).

The ECHR - probably anxious to avoid a “migration in-draughts” - considered that the general situation of violence in Afghanistan was not, in itself, such as to prevent any return to that country. On the other hand, according to the Court, the Swiss court should have better understood the personal situation of “A. A.” and the consequences of his deportation to Afghanistan. The Strasbourg judges recalled that the same court recognized in 2017 the status of refugee to an atheist or agnostic Afghan, because of the penalties incurred for “apostasy” in Afghanistan.[1] These two cases being comparable, according to the ECHR, it is surprising that the judgment of the Swiss court was different.

This case of A. A. v. Switzerland reopened a question that had already arisen: can one expel Christians by recommending that they keep their faith hidden in order to avoid religious persecution? In 2016, in a Swedish case, the Grand Chamber of the Court had refused to deport a converted Iranian to his country (F.G. v. Sweden, 2016[2]). Four judges had then explained that they could not “accept the respondent State’s assumption that the applicant would not be persecuted in Iran because he could engage in a low-profile, discreet or even secret practice of his religious beliefs”.[3] Conversely, in 2017, the Court had validated the expulsion of another convert in Iran, by accepting the argument of the Swiss government according to which the Christians “who practised their faith discreetly, did not face a real risk of ill-treatment upon return” (A. v. Switzerland, 2017[4]).

The A. A. v. Switzerland case of 2019 is a return to the spirit of the Grand Chamber decision in F.G. v. Sweden in 2016. It is indeed in favour of the freedom, protected by article 9 of the European Convention on Human Rights, to manifest one’s faith externally. The ECHR criticizes the fact that the Swiss court asked “A. A.”, after his return to Afghanistan, “to modify his social behavior so as to confine his faith to the strictly private domain”,[5] to the point of even hiding his baptism to his uncles and cousins. European judges thus recall that being able to practice one’s faith in society - with others and in public - is protected by European law, to the extent that religion has a social and community dimension. It is therefore unfair to require a person to hide their faith entirely.

How can the sincerity of conversions be appreciated?

However, asylum seekers know that a declaration of conversion to Christianity can facilitate their accessing the status of refugee. Others may be tempted to claim they are homosexual for the same purpose. It therefore seems important to ensure the sincerity of such claims. It is difficult to determine criteria for objectively assessing the veracity of the conversion of an asylum seeker in Europe. If it is based primarily on a spiritual experience or a dream, as many former Muslims, is it relevant to focus on the verification of assimilated Christian knowledge?

In the case of “A. A.”, the question of the sincerity of his conversion seriously arose in Switzerland. According to the State Secretariat for Migration, not only did the young man invent having distributed bibles in Afghanistan, but his knowledge of Christianity actually “was acquired in Switzerland for the sole needs of the cause”.[6] Relying on the baptismal certificate and on a letter from a Swiss priest, the Swiss court preferred to give the benefit of the doubt to “A. A.”, which the ECHR did not contest.

In any case, as the United Nations Human Rights Committee recalled in a similar case concerning an Afghan asylum seeker in Denmark, the assessment of the sincerity of the conversion should not be central to justify an expulsion. Even when the conversion is not sincere, the behavior of the asylum seeker in connection with or to justify it may expose him to persecution in his country of origin.[7] Moreover, why require a convert to demonstrate that his faith is sincere, when this is not asked of a Christian baptized from birth? In either case, is it not the searching of the kidneys and hearts that matters, but the assessment of the risk of persecution based on the external religious acts of the applicant.