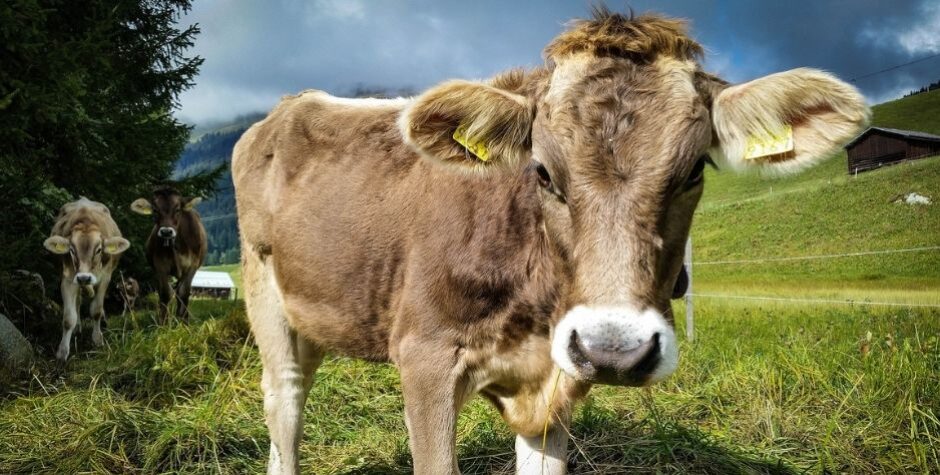 Reflections on the publication of journalist Paul Sugy's essay, L'Extinction de l'homme (Tallandier), on 13 May 2021. This book on anti-speciesism invites us to consider this thought seriously, given its growing success. Article published in French on L'Homme Nouveau.

It is becoming less and less rare to meet people who call themselves "vegans", favouring soy steak burgers or "vegetable leather" shoes. These consumer choices are often simply a 'fad', promoted by marketing and influencers. They are sometimes accompanied by interesting nutritional and ecological arguments or a legitimate criticism of certain intensive farming practices. However, veganism, especially when it is intransigent, can also be based on a totalizing theory: "anti-speciesism". The latter should not be reduced to "just a steak thing".

The "crazy project of the antispeciesists"

In a recently published essay, L'Extinction de l'homme - Le projet fou des antispécistes (Tallandier), Paul Sugy investigated this intellectual current. As a journalist of Le Figaro, the author reviews the evolution of the opposition to meat consumption, from ancient Greece to Gandhi, via the Protestant Reformation and the Enlightenment. According to him, the "anti-speciesists" use this history to promote a real anthropological shift. Their main thesis is that there should be no 'discrimination' between 'human animals' and 'non-human animals'.

The anti-speciesist philosopher Peter Singer sums it up: " Nor can we say that all human beings have rights just because they are members of the species homo sapiens - that is speciesism, a form of favouritism for our own that is as unjustifiable as racism". In anti-speciesist thinking, animals, like humans, should have 'rights'. As early as 1978, a "Universal Declaration of Animal Rights" was proclaimed by associations in Paris at the UNESCO headquarters.

In their book Zoopolis (2011), the Canadian philosophers Will Kymlicka and Sue Donaldson developed a political theory of 'animal rights'. These rights would not only be negative (not to be eaten, killed, exploited...), but also positive. Thus, domestic animals, like former slaves, would deserve to be freed and given full citizenship. Other animals, such as rats, pigeons or squirrels, should be granted resident status. Wild animals would become members of sovereign communities, protected by international institutions.

The existence of a "specifically human"

Will the progress of zoology one day allow for the realisation of the antispeciesist projects? Paul Sugy does not dwell on this difficulty; he focuses on the more fundamental questions posed by anti-speciesism, which are philosophical in nature. Indeed, when an Argentinian court declared in 2015 that an orangutan was "a non-human person", this was not just a legal error, but a philosophical problem. The court's reasoning was based on a denial of the difference in nature between humans and other animals, and of the superiority of the former over the latter.

Anti-speciesist thinking reduces man to their biological dimension, shared with animals. It sees in man only their "animality" and ignores what is properly human, i.e., their spiritual nature. Paul Sugy warns of the moral issues of this vision, based solely on the biological faculties of individuals. Anti-speciesists consider there is no such thing as human dignity; what matters is maximising "happiness" on a strictly biological level, notably by eliminating any suffering. Consequently, the euthanasia of a disabled person would be just as morally justified as that of a sick animal.

To resist the deconstruction of human nature, common sense must be complemented by deep anthropological reflection. As Paul Sugy explains, "If we lose interest (...) in the question of man, we will hold on for a while before the edifice collapses, but it will be out of habit or conservatism, and we will have the form of a humanist system without having the substance of it: then the tree, for want of being irrigated by the sap, will sooner or later end up withering away, and at that moment anti-speciesism will have truly triumphed." To avoid this, the author gives us the necessary keys to think about this subject.

Rejecting the anti-speciesist claim of "animal rights" is not the same as justifying cruelty or mistreatment of animals. It is important to protect animals from such mistreatment, by supplementing regulations where necessary, for example on animal husbandry. Animals are then protected as objects of rights, without the need to personify them as subjects of rights. Man does indeed have rights over animals, as he does over the whole creation, but these are not unlimited. He also has duties, in particular to care for animals and to use them responsibly.

St Francis of Assisi, sometimes wrongly presented as a precursor of anti-speciesism, can invite us to reject modern, deviant anthropocentrism without falling into another imbalance, 'biocentrism'. In his Canticle of Creatures, he praised God for all His creatures, then each creature in its role, according to the order and harmony of the world. The 13th-century Italian saint ends with man, the height of Creation. The Song specifies, in accordance with the Gospel, that man is the only creature capable of love and whom God has chosen to save. Man should not be afraid of this divine plan that honours him.

Antispeciesism: What is the Situation?By ECLJ1622808066687
By Jacques Bellezit. Article available in French only.
Read More