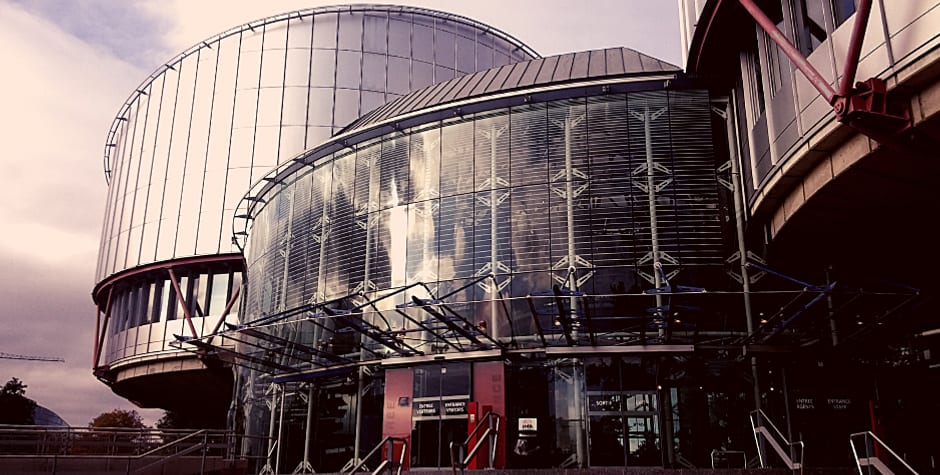 ECHR: A Human Right to Pornography

Is access to pornography about to become a human right? The European Court of Human Rights (ECHR) has just taken a step in this direction with a judgment, surprising to say the least, published on 7 July 2022 in the case of Chocholáč v Slovakia (application No. 81292/17). This application concerned the current rule in Slovakia which prohibits the possession of pornographic material, which offends morality, for prisoners. Serving a life sentence for murder, Mr Roman Chocholáč, born in 1989, complained that pornographic photographs had been confiscated and that he had been subjected to a disciplinary measure, in this case a simple reprimand. According to him, the possession of such pictures did not endanger morality, nor the maintenance of order in the prison, nor the rights of others.

By five votes to two, the ECHR found a violation of Article 8 of the European Convention on Human Rights protecting the right to private and family life and awarded the applicant €2,600 in just satisfaction for his moral prejudice.

This is the first time that the ECHR has considered the question of a prisoner's possession of pornographic material from the perspective of Article 8 in its 'private life' aspect. At first glance, faced with facts as frivolous as they are trivial, one might almost wonder whether the Court had time to waste in examining such an application. Indeed, in his dissenting opinion following the judgment, Judge Wojtyczek (Poland) stated that "Access to pornographic material is not considered – objectively – a matter of importance for an individual", unless "any restriction on a particular behaviour in a domain an individual considers important for him constitutes an interference with Article 8". This is precisely the reputation that Article 8 has acquired, and which is therefore once again confirmed: it is a provision that can be invoked practically ad infinitum, since, according to the Court, privacy is "a broad term not susceptible to exhaustive definition."[1] The present judgment is thus part of the phenomenon of expansion of the scope of Article 8, from judgment to judgment, according to the infinite imagination and will of the individual plaintiff. So much so that one judge once ironically suggested renaming it "Article ∞"...[2]

The Slovak Constitutional Court, which examined the case and concluded that the contested measure was compatible with the Slovak Constitution, justified it in terms of the protection of morals, order and the rights and freedoms of third parties, which are among the legitimate aims that may necessitate interference with the right to respect for private and family life under Article 8§2 of the Convention. However, the ECHR questions the legitimacy and purpose of the restriction of access to pornography: since the prisoner possessed these pornographic images only for his own use, without the intention of distributing them to others, none of these legitimate aims seemed relevant. In short, there is no harm in making yourself happy... The Court, for example regarding the protection of order and the rights and freedoms of third parties, noted that “no concrete evidence or examples have been furnished supporting the allegation that possession of adult content […] entailed genuine risks in relation to these values” (§ 72). It thus endorsed the received idea that the consumption of pornography would be a private matter with no consequences either for the consumer himself or for third parties.

This is obviously not true. By way of comparison, while the Court has held that the refusal of prison authorities to provide prisoners with certain editions of a daily newspaper violated their right to receive information or ideas under Article 10 of the Convention,[3] it does not seem unreasonable to treat pornographic content in a substantially different way.

Indeed, as the European Centre for Law and Justice (ECLJ) recalled in its written observations as a third party to the ECHR in this case, pornography is inherently immoral and States may restrict certain freedoms, as stated in particular in Article 8 of the European Convention, to protect morals, as well as the safety, health, or rights of others. The ECLJ also informed the Court, based on its report "Pornography and Human Rights" (2020), that a large body of research showed that repeated use of pornography causes a risk of addiction, as well as numerous psychological pathologies and relationship disorders. Pornography systematically devalues people and incites violence, aggression and even sadism or masochism. The devaluation of women is almost systematic, as they are generally presented in a stereotyped and humiliating way. It seems all the more legitimate to protect prisoners from the perverse effects of pornography as these people are particularly vulnerable to it, and their isolation and idleness can increase the risk of an addiction.

The present judgment is therefore devoid of common sense, as the two dissenting judges attempt to explain. First, Judge Derenčinović (Croatia) noted in a down-to-earth but no less judicious manner that "nothing in the case file suggests that the applicant was in any way prevented from performing self-eroticism": only the specific material intended to stir up his fantasies was taken away. For his part, Judge Wojtyczek highlighted a number of texts from various international organisations that were highly critical of pornography, particularly with regard to its consequences in violence against women. He also recalled that the Slovak authorities' decision was not isolated, since in 1975 the German Federal Constitutional Court had justified the rejection of the complaint of a prisoner who had been forbidden access to obscene publications by the need to ensure the proper execution of sentences and the reintegration of the prisoner into society. Drawing the consequences of the present judgment, which provides that a general ban on pornography in prison violates Article 8 of the Convention, the Polish judge concluded that "Access to pornography in prisons becomes at least a prima facie right, as any limitation thereof requires the fulfilment of the criteria set forth in Article 8 and, furthermore, an individual justification based upon a case-by-case proportionality assessment." However, apart from the financial cost and the obvious risk of arbitrariness, requiring States to consider on a case-by-case basis the appropriateness of allowing individual prisoners to possess pornographic material seems largely unworkable from a practical point of view without the risk of disseminating the material in question, at a time when many States are facing prison overcrowding.

This judgment specifically concerns the prison environment, but how does one justify any measures to limit access to pornography outside, especially for minors? The ECHR is sending out a very bad signal at a time when society is becoming increasingly aware of the harmfulness of pornography and of the need to protect both the persons depicted and the general public, in particular young people and other vulnerable persons:[4] indeed, many associations and health professionals are currently sounding the alarm about the extent of pornographic consumption and its deleterious effects not only on the individual, but also on couples, families and society as a whole.

Antispeciesism: What is the Situation?By ECLJ1622808066687
By Jacques Bellezit. Article available in French only.
Read More
More Related Articles