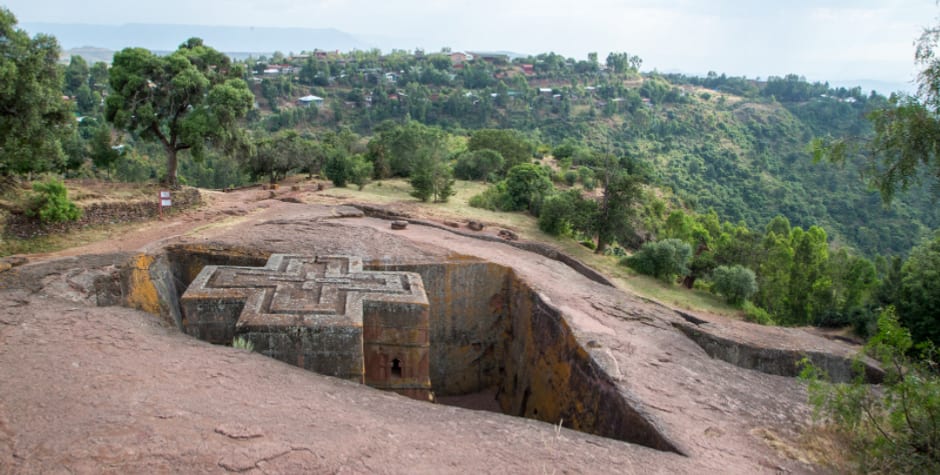 The situation in Tigray will be on the agenda of the 49th session of the UN Human Rights Council in February. In its resolution 47/13, voted by Argentina, Austria, Bahamas, Brazil, Bulgaria, Czech Republic, Denmark, Fiji, France, Germany, Italy, Japan, Marshall Islands, Mexico, Netherlands, Poland, Republic of Korea, Ukraine, United Kingdom and Uruguay, the Human Rights Council requested the High Commissioner to provide an update on the human rights situation in Tigray and on the progress of the joint investigation by OHCHR and the Ethiopian Human Rights Commission into human rights violations in the Zone.

On 14 January, Liz Throssell, spokesperson for the High Commissioner for Human Rights, expressed concern regarding the multiple reports of civilian casualties and destruction of civilian property resulting from air strikes in the Tigray region of Ethiopia. It announced that at least 108 civilians had been killed and 75 more injured since the beginning of the year as a result of air strikes by the Ethiopian Air Force. It strongly called on the Ethiopian authorities and their allies to ensure the protection of civilians and civilian property in accordance with their obligations under international law. It also denounced the situation of hundreds of opponents who have been arbitrarily detained without trial, even though several prominent individuals, including key opposition figures, have recently been released. It should be recalled that although Ethiopia signed the International Covenant on Civil and Political Rights (ICCPR) in 1993, it has never signed the International Convention for the Protection of All Persons from Enforced Disappearance (CED). On the opposite side of the conflict, abuses are also to be denounced. Journalist Maria Gerth-Niculescu, an expert on Ethiopia, reported in Le Figaro that the Tigrayan army recently evacuated the town of Lalibela in the Amhara region of northern Ethiopia. Although the eleven rock-craved churches, classified as Unesco World Heritage sites, were spared, residents report the death of many youth. At the time of the takeover of the town by the Tigray People's Liberation Front (TPLF), the Unesco had expressed “serious concerns about the protection” of the site.[1]

After mobilising against the humanitarian catastrophe caused by this conflict, the international community is now also concerned about the threats to Tigray's cultural and religious heritage. The Tigray region has been Christian since the fifth century. According to Ethiopian traditions, the town of Aksum, a religious centre of the Ethiopian Orthodox Church in Tigray, is said to have been the site of the Ark of the Covenant deposited at the Church of St Mary of Zion by Menelik, the legendary son of King Solomon and the Queen of Sheba. This Christian heritage explains the rich Orthodox heritage in the region today, with a large number of ancient churches and monasteries, some of them perched on high cliffs. The region also has a very important scriptural heritage and tradition. At a conference organised in the European Parliament in October in the framework of the “Eastern Christians” Intergroup, Henri Adam de Villiers, a specialist in Eastern liturgies and Ethiopian heritage as well as in the history of Eastern Christianity, warned of the threats to this heritage. Ancient monasteries and churches, scattered throughout the country, hold thousands of precious manuscripts.[2] Yet, for the most part, these cultural treasures are kept in precarious conditions. In November, MEP Mr Mariani alerted the European Commission[3] on the disappearance of valuable old books since the armed conflict broke out in Tigray in November 2020, and on the fact that hundreds of documents of inestimable cultural value were being sold on the black market. In response, the Commission announced that it had funded programmes to preserve World Heritage sites in Ethiopia. For example, the PROHEDEV programme has helped to preserve listed sites and improve their management, notably in the Omo and Awash valleys.[4] Other Member States are funding the protection and restoration of sites important to the Ethiopian culture. The European Union also continues to fund emergency aid and calls for a ceasefire between the parties to end the current war. It should be noted that the UNESCO's PROHEDEV programme in Ethiopia dates back to 2017, well before the war brought new threats to this heritage[5].

Today, while the international community has spoken out on the conflict, the pressure remains mainly diplomatic. In the framework of the 49th session of the Human Rights Council in February 2022, States should increase their efforts towards a peaceful resolution of the conflict in order to resolve the humanitarian consequences of the civil war for all the populations in the area and to continue to take into account the risks to cultural and religious property. Indeed, the inhabitants will find it difficult to regain the stability of their region if their culture is weakened.