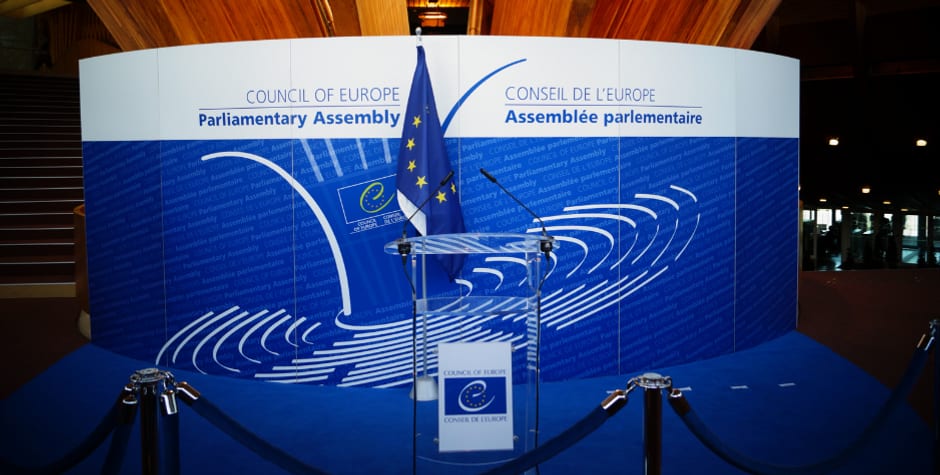 The Agony of the PACE

The Parliamentary Assembly is supposed to be the forum for debate and initiative within the Council of Europe. Its role includes the promotion of democracy and human rights. Yet, nowadays, it embodies the opposite of these values. For some of its 612 parliamentarians, the latest changes to the Rules of Procedure of this institution are the last straw that breaks the camel’s back. The Council of Europe, after having eclipsed its parliamentary dimension, seems to want to make it disappear.

Based in Strasbourg since its foundation in 1949, the Council of Europe is already less well known than the European Union. The very existence of a Parliamentary Assembly within the Council of Europe is unknown to most Europeans, who generally only know about the European Parliament. This Assembly retains at least one important prerogative, that of electing the judges to the European Court of Human Rights (ECHR). But for the rest, the Assembly's new Rules of Procedure risk making it lose all legitimacy.

Will the Parliamentary Assembly of the Council of Europe die a natural death? For the time being, it is still pretending to live, but it is nonetheless dying.

Between March 2020 and May 2022, diplomats at the Council of Europe were amused - or worried - about the "long Covid of the Assembly". At that time, it was often the "Standing Committee" that ensured the continuity of the Parliamentary Assembly's work. This Committee, composed of no more than 10% of the parliamentarians, voted on some 100 texts "in the name of the Assembly"... and often from a distance. This "parliamentary" procedure was not only marked by the absence of MEPs, but also of any public debate.

Health restrictions are a convenient scapegoat. They have saved the Assembly money until the summer of 2022 because a remote session saves the cost of travelling for hundreds of MEPs. This matters to the financially troubled Council of Europe. In June 2019, it was to benefit from Russia's financial contribution that the Parliamentary Assembly had voted to reinstate Russian MEPs. In March 2022, Russia's exclusion again deprived the Council of Europe of €33 million per year, or 7% of its budget.

Now is finally "back to normal" and it is possible to walk through the doors of the institution again, as it used to be. The MEPs were pleased about this, but they were soon disillusioned. They are experiencing the concrete impact of budget cuts on their working conditions. Above all, they see the obstacles to their parliamentary work multiplying and becoming normalised. The President, the Bureau and the administration of the Parliamentary Assembly are increasing their power and marginalising initiatives that do not go their way.

Questions from members of parliament filtered

The most telling illustration is the change in the procedure for putting written questions to the Committee of Ministers of the Council of Europe. This is one of the most ordinary prerogatives of parliamentarians: to question the executive. Thanks to this procedure, the Council of Europe had examined in April 2021 the problem of the "Soros judges" of the ECHR, who are in a situation of conflict of interest. It will also have to provide answers to two questions from March 2022 on anti-Covid vaccination. These topics are embarrassing, so much so that written questions will now be "filtered".

Since June 2022, the Rules of Procedure has given the President of the Assembly the power to decide on the admissibility of written questions. The current President is Tiny Kox, a far-left Dutch MEP. The new Rules of Procedure do not provide for any time limit for validating questions from Members and do not oblige him to give reasons for any refusal. He takes the decision alone and whenever he chooses. For the moment, written questions have been piling up on his desk without the MEPs knowing whether or not they will be "validated".

For example, last June the Swiss MEP Jean-Pierre Grin tabled a written question about the status of FEMYSO, an Islamist organisation accredited to the Council of Europe. Is it legitimate to maintain this status, even though it was simultaneously refused to a Christian organisation (ADF International) because of its "values"? He said that he has not heard from them after his question was tabled.

Similarly, Swedish MEP Markus Wiechel sent a question in May about the composition of the ECHR registry. Why does the ECHR, unlike other courts, not publish the list of members of its registry? Not receiving any news either, Mr Wiechel told the Assembly's administration that he was getting impatient.

But the decision to open these two debates in the Committee of Ministers depends on one MEP only... Tiny Kox, from the far left.

Control of the conferences

The organisation of conferences by Council of Europe parliamentarians is now also subject to strict control. These conferences were usually an opportunity for an MEP to meet with NGOs, as well as to promote issues or ideas. To book one of the Council of Europe's spacious rooms, all they had to do was send a simple e-mail. Now they have to fill in a form and follow strict rules.

The Parliamentary Assembly's administration is responsible for selecting the conferences that can be held. There will be a maximum of two per day, at 1pm only, and with a maximum of 30 participants. In the form imposed in June 2022, it is stated that “preference is given to organisations having consultative status with the Council of Europe”. In other words, an MEP who invites an Islamist representative of FEMYSO will be given preference over an MEP who invites an organisation not accredited to the Council of Europe.

More anecdotally, another restriction was decided following a conference organised by Ukrainian MEP Pavlo Unguryan. He had invited specialists on certain negative effects of contraception. After this conference, which was followed and commented on within the Assembly, it became forbidden for MEPs to display advertisements for their events... except in a very little-used corridor on the fifth floor.

The opaque sorting of motions for resolutions

The main task of any member of a parliament is to draft motions for a text and put them to the vote. The Bureau of the Parliamentary Assembly, composed mainly of its President and 19 Vice-Presidents, decides what action to take on a text. It can reject a motion for a resolution without giving any justification. This power is important because tabling a motion for a resolution is the only way for MEPs or a parliamentary committee to get the Assembly to debate a text or a subject. Members of the Bureau can therefore prevent a parliamentary debate.

This was the case with a recent motion for a resolution, signed by 22 MEPs from all political parties and 11 different nationalities. The text was entitled "Tax justice for families with children". It proposed to encourage states to adopt concrete measures to take into account family responsibilities in tax calculation. Icelandic MEP Birgir Thórarinsson, who tabled the proposal, said he was "surprised" that it had been thrown away, especially as the subject had never before been dealt with by the Assembly. Mr Thórarinsson said he has "no answer why", as the decision he had received from the Bureau contained only three words: "No further action".

When the Bureau takes action on a motion for a resolution, it is referred to a parliamentary committee. Unlike in other parliaments, the work is then confidential. It is only when the texts are put to the vote in the Assembly that the public can discover their content. The latest resolutions adopted by the Assembly - actually by the Standing Committee - are radical and incantatory, such as those entitled “Gender mainstreaming of migration policies” and “Access to abortion in Europe: stopping anti-choice harassment”.

"The Council of Europe is losing its credibility, to the point of casting doubt on its usefulness."

Parliamentary initiatives are increasingly subject to the control and filter of the President, his Bureau or his administration. The Parliamentary Assembly of the Council of Europe is losing its credibility by accumulating these practices, to the point of casting doubt on its usefulness. Thus, one must believe that if 90% of its parliamentarians were removed, the Council of Europe could continue to function without them. Even the observers would not notice anything.