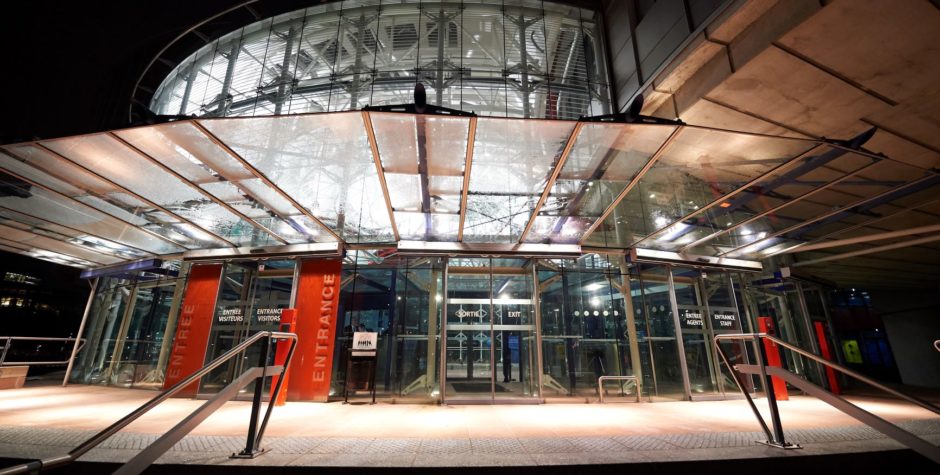 ECHR: No New Soros-Judge for Belgium

The ECLJ's report circulated around the world, revealing the hold of a few large private foundations on the European institutions, in particular the ECHR. The first beneficial effects of its publication are appearing within the Council of Europe itself.

On 20 April 2021, the Parliamentary Assembly of the Council of Europe elected the new Belgium judge to the ECHR. Among the three candidates proposed by the Belgian government was a lawyer employed by George Soros' Open Society, as is often the case. But for the first time in a long time, the Open Society failed to get its candidate elected, despite its considerable financial and political power. In the end, a Belgian lawyer, less political and more competent, was elected: Mr. Frédéric Krenc, with 148 votes against 81 for the Open Society employee and 29 for Sylvie Saroléa. This is a victory for the independence of the Court, and a fruit of the ECLJ Report on NGOs and the judges of the ECHR.

This defeat of the Open Society comes at a time when the ambassadors of the 47 member states of the Council of Europe have just adopted an official text admitting the veracity of the ECLJ's report on NGOs and judges of the ECHR, and announcing its decision to re-evaluate the effectiveness of the current system of selection and election of the Court's judges by the end of 2024. This is also an important follow-up to the Report.

Over the past year, the ambassadors representing the 47 member states of the Council of Europe have received three embarrassing written questions from members of parliament on "the systemic problem of conflicts of interest between NGOs and judges of the Court" (here) and on "Restoring the integrity of the European Court of Human Rights" (here).

The Council of Europe governments had been seized following the publication of the ECLJ's report on NGOs and the judges of the ECHR, which revealed that at least 22 of the last 100 ECHR judges are former employees of seven NGOs, and that they have judged on numerous occasions cases supported by their own NGOs, in a blatant situation of conflict of interest. Among these NGOs, George Soros's Open Society stands out because twelve of its employees have become judges in Strasbourg, and because it funds the other six NGOs in question, sometimes to a very large extent. The massive presence of judges from the same NGO network shows the hold of large foundations and private NGOs on the European human rights protection system and calls into question its impartiality.

The revelations in this report are extremely serious; they circulated around the world but have also been met with silence from the ECHR and with the refusal of the European Commission and some governments to respond to them in substance, to the point of denying the evidence. The most important support for the report came from Mr Lavrov, the Russian Foreign Minister (see here the reactions to the report).

It was feared that the 47 ambassadors, who together constitute the supreme body of the Council of Europe on which the European Court depends, would also bury the issue, claiming an inability to find a common answer. Surprisingly, this was not the case: they submitted a reply, six months after (read the reply).

At first glance, this response seems smooth and conventional, but when one reads between the lines, as befits a diplomatic document, the undertones become clear. Here, they are obvious: at no time do the ambassadors contradict or even try to minimise the reality of the facts revealed in the ECLJ report and recalled by the MEPs. This is itself an essential confession, which the European Commission had not conceded. The Council of Europe admits the facts revealed by the ECLJ.

The response then consists of a reminder of the need to "continue to guarantee the highest standard of qualifications, independence and impartiality of the Court’s judges", and a statement of the measures taken to that end. The ambassadors also indicated that they would reassess "by the end of 2024, in light of further experience, the effectiveness of the current system for the selection and election of the Court’s judges." By indicating this deadline, the ambassadors are signalling that there is an upcoming opportunity to review the selection of judges, and thus begin to take action to remedy the situation.

The ECLJ will closely follow this review of the judicial selection mechanism and ensure that its recommendations are taken into consideration. In this respect, two new written questions issued from the ECLJ report were submitted to the ambassadors on 8 April. The first one questions the practical impossibility of requesting the recusal of a judge of the European Court, since the identity of the judges is only revealed once the judgment is published, in violation of the rules imposed by the ECHR on national courts. The other written question concerns the impossibility of applying for a revision of certain judgments of the Court.