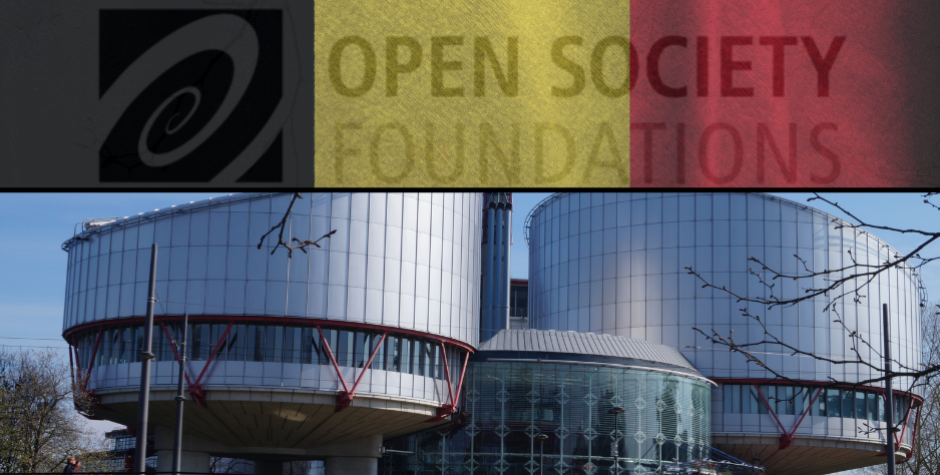 In April 2021, a new Belgian judge will be elected to the European Court of Human Rights (ECHR) to replace Paul Lemmens, whose term of office will end on 12 September 2021.

Article published in French in Valeurs Actuelles on March, 10, 2021.

After a selection procedure in Belgium, three candidates have been chosen: Maïté De Rue, Frédéric Krenc and Sylvie Sarolea. The Parliamentary Assembly of the Council of Europe (PACE) must now examine these three candidates and elect the one who will become a judge at the ECHR for a nine-year term. It may also choose to reject the whole list, if it considers none of the three candidates as sufficiently qualified.

Of the three candidates, one is an employee of the Open Society, another is an academic committed to the rights of foreigners, and the third is a lawyer and director of the quarterly Human Rights Review. The latter seems to be the most competent and reasonable. It is regrettable that none of the candidates is a magistrate, unlike the departing judge who was a member of the Belgian Council of State (1994-2012) as well as of the UNMIK Advisory Group on Human Rights in Kosovo.

Maïté De Rue has been a salaried in-house lawyer at the Open Society Justice Initiative in New York, since 2018. This organisation, founded and funded by George Soros, specialises in strategic litigation before national and international courts, including the ECHR. Within this organisation, Maïté De Rue has, among other things, submitted a brief to the ECHR concerning the dismissal of the anti-corruption chief prosecutor of Romania. Prior to that, she worked for twelve years in the Belgian Ministry of Justice, including as a Deputy Attorney General. Maïté De Rue was a member of the ministerial cabinet of Laurette Onkelinx (socialist), for 6 years. At the same time, she was a member of the European Committee for the Prevention of Torture of the Council of Europe between 2011 and 2018. According to the Belgian press, her candidacy was supported by the PS, while "other candidates were asked not to run in order to give her a fair chance. At the same time, her CV is extremely weak compared to other candidates who are true masters of the law, but who were not selected for no specific reason" (La Libre Belgique, 9 January 2021, free translation).

Maïté De Rue has published few articles. In 2014, she wrote against life imprisonment. In an article in May 2020, she welcomed the decision by some states to release prisoners to fight the coronavirus epidemic. Still on the prison issue, she said that "prisons should be a priority for the coronavirus vaccine". She also criticised the decision of a US Court of Appeal to dismiss the charges against Michael Flynn.

Frédéric Krenc has been a lawyer at the Brussels Bar since 2002 and an umpire at the Belgian Court of Arbitration for Sport since 2013. In 2005, he became Secretary General of the Human Rights Institute of the Brussels Bar. Since 2015, he has also been the Director of the Revue trimestrielle des droits de l’homme, a journal specialised in the quasi-official presentation of ECHR case law and whose editorial board and scientific council include close friends and members of the ECHR, including the last three Presidents of the ECHR.

Frédéric Krenc is the author of several books and numerous scientific articles in the field of fundamental rights. Between 2011 and 2016, he was co-director of the collection Droit et Justice at Anthemis, a Belgian legal publishing house.

Sylvie Sarolea has been a professor of law at the Catholic University of Leuven since 2005.  She specialises in the right of foreigners and immigration, on which she has been an activist and published several books and numerous articles. Since October 2004, she has been also a lawyer at the Nivelles Bar (In Law) where she often defends refugees and migrants, even before the ECHR. She has spoken publicly in favour of more legal immigration.

She has had several notable engagements. She founded and has been coordinating since 2011 the European Rights and Migration Team (EDEM), a research team co-financed by the European Refugee Fund. She was also a candidate on an ecologist list in 2007, the President of the Foreigners' Commission of the Ligue des droits de l'homme (1997-2002); the President of the Association pour le droit des étrangers (2002 - 2012); the Vice-President of Ulysse, an NGO supporting the mental health of migrants, and a member of the Collectif des femmes ASBL, a place for intercultural meetings between women and training "in a perspective of equal opportunities."

The candidates proposed by the Belgian government are disappointing. None of them is a magistrate, let alone from a supreme court. Belgium has world-renowned judges and academics such as Olivier De Schutter and Louis-Léon Christians, but perhaps they are not progressive enough for the current Belgian government.

The selection of candidates for the position of judge at the ECHR has always a major political dimension; it was also influenced here by the desire to present a majority of female candidates.

The election of Maïté De Rue would be very detrimental to the Court. It would strengthen the network of 'Soros-judges' and create new conflicts of interest with the applicants and interveners supported by the Open Society, as revealed in the report NGOs and the ECHR judges 2009 - 2019.

The election of Sylvie Sarolea as a judge would give foreigners' rights a new strong advocate at the ECHR, at a time when European countries are experiencing an unprecedented wave of migration and the ECHR's support for foreigners' rights is under strong criticism.

Of the three candidates, Mr. Frédéric Krenc is certainly the most knowledgeable about the European Court and its case law. He is also the least publicly committed to the left, although he is close to the former Belgian judge and very progressive Françoise Tulkens. He is also the youngest (born in 1978) and is married with two children.

The final vote is expected to take place in April.