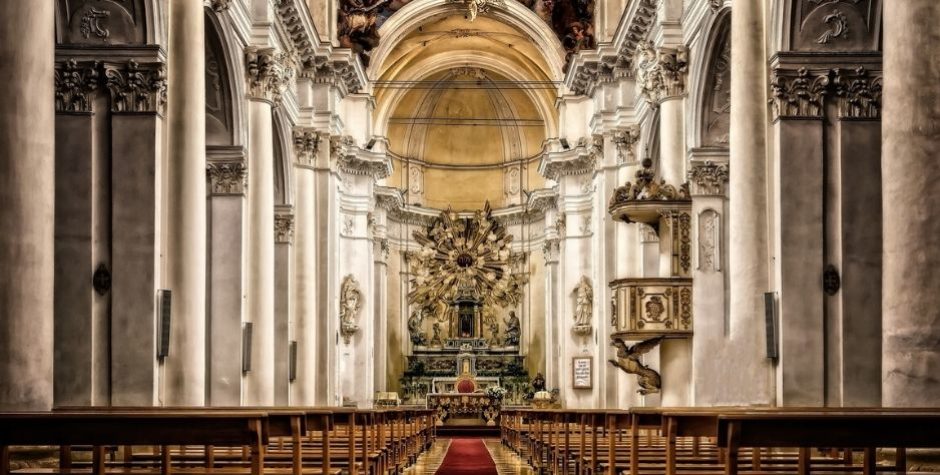 The ECHR supports the Femen

The ECHR has just ruled in favour of the “Femen” who simulated the abortion of Christ by the Blessed Virgin, on the altar of the Madeleine church in Paris in 2013. The judgement, in the Bouton v France case, was handed down today.

The European Court of Human Rights has once again sided with anti-Christian blasphemers, defending the "freedom of expression" of a "Femen" who desecrated the Madeleine church in Paris in 2013. This woman had exposed herself, in front of the altar and the tabernacle, urinating, topless, tattooed, with her arms crossed, wearing a crown of thorns and the blue veil of the Blessed Virgin, and holding "two pieces of ox liver in her hands, symbol of the aborted baby Jesus". On her chest were written the slogans "Christmas is cancelled" and "344th slut" in reference to the manifesto of the 343 pro-abortion feminists in 1971. It's hard to imagine anything more despicable. Poor woman.

But in this macabre staging, the ECHR saw the action of a courageous feminist activist unjustly condemned, while her "sole aim", according to the ECHR, was very noble: to contribute "to the public debate on women's rights, more specifically on the right to abortion". The Court speciously ruled that the protection of "freedom of conscience and religion" could not justify the conviction, and furthermore feigned to reproach the French courts for not having "examined whether the [Femen]'s action was 'gratuitously offensive' to religious beliefs, whether it was insulting or whether it incited disrespect or hatred towards the Catholic Church”. What a sham! As if this were not obvious. This reminds us of a recent judgement of this same Court in which it rejected the appeal of a Catholic after reproaching him for not having indicated precisely which Masses he had not been able to attend during the Covid crisis... when all public Masses were forbidden.

In condemning France in the Femen case, the court said it was "struck by the severity of the penalty", which was only a one-month suspended prison sentence and a €2,000 fine. It deplored the fact that this sentence was registered on the activist's criminal record, as if her reputation had to suffer, and that the suspended sentence could become a firm prison sentence if the Femen were to exercise her "freedom of expression" again. France is ordered to pay her €9800.

It is becoming a habit at the ECHR to defend these attacks in churches and against the Church. In 2018, it had already ruled that the blasphemous provocation of the feminist punk group, the "Pussy riots", in the choir of the Orthodox Cathedral in Moscow was a form of expression protected by the Court. The Pussy riots' lawyer, formerly working for Georg Soros foundation,  has since become a judge at the ECHR. The same year, the Court also condemned Lithuania for sanctioning blasphemous advertisements featuring Christ and the Virgin Mary.

But its position is quite different when it comes to Islam. In 2018, the ECHR upheld the criminal conviction of an Austrian lecturer who was accused of having equated Mohammed's sexual relationship with Aisha, then only 9 years old, with "paedophilia". The ECHR ruled that the lecturer had not sought to inform the public objectively but to "demonstrate that Muhammad is not worthy of worship". In support of this conviction, the Court considered that to speak of "paedophile" would be a "generalisation without any factual basis", "likely to arouse justified indignation" among Muslims. According to the Court, these remarks constituted "a malicious violation of the spirit of tolerance that underpins democratic society" and were likely to "stir up prejudice" and "endanger religious peace".

How can one not see a double standard, coupled with a guilty blindness?

The Austrian lecturer only spoke the truth, with decency and discretion, while the Femen's aim was to hurt and offend. Why condemn the former and defend the latter? How can we not see in this double standard the Court's own prejudices?

The Court would never have supported such a macabre display if it had taken place in a mosque or in the precincts of a courthouse.  Do the judges in Strasbourg not see that every day in Europe churches are desecrated, burned, statues broken and crosses knocked down? Do they not see the misunderstanding and hatred towards Christ and Christians spreading in society? Do they not see that, more and more, the Court itself is behaving in the image of society?

Let us try to imagine the world without Christ: we will see war and barbarism. We are already seeing this fall.