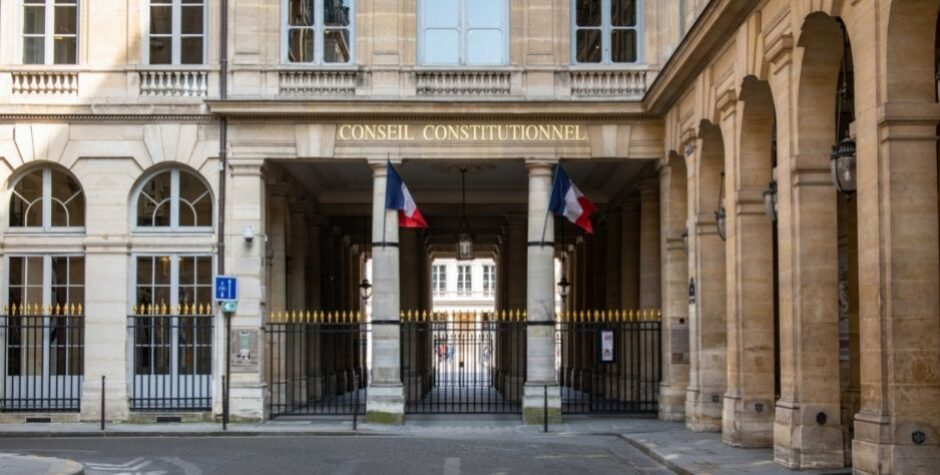 Will the Constitutional Council Save Homeschooling?

France: What Future for Homeschooling?

The law Reinforcing the Respect of the Republic's Principles was adopted, under a state of emergency and following accelerated procedure, on July 23, 2021, by the French National Assembly (Assemblée nationale). The Constitutional Council (Conseil constitutionnel) was almost immediately seized by two groups of more than 60 deputies and one group of more than 60 senators.

The special commission, which ratified the final version of the text and in which the Government has a majority, reversed almost all the improvements that the Republican senators had made to the text. The bill covered multiple aspects of civil life to fight, unofficially, “Islamist separatism,” but the ECLJ focused on acting to protect two fundamental principles:

On the issue of religious freedom, the ECLJ is pleased that the text adopted offers better criminal sanction against persons who exert pressure, threats and violence in order to force others either to practice or refrain from practicing a religion; this accords with the ECLJ’s recommendation. Specifically, the ECLJ had recommended to parliamentarians that the penalty be increased and that the qualification of “hindering conversion” be broadened to include acting “with a view to” forcing or preventing the conversion of a person; this has now been done.

As we have shown in our report on the persecution of converts in France (available here), many people from Muslim backgrounds are not free to leave Islam, let alone to convert to Christianity. Such people are almost systematically targeted by community violence. With this new law, people threatening a Christian from a Muslim background to stop him from going to church, for example, would risk one year in prison and a €15,000 fine; if they used violence they could face up to three years and €45,000.

This kind of penalty could be required, for example, in the case of the persecuted convert from the Paris area that we recently wrote about in this article.

When it comes to educational freedom, however, the bill adopted infringes on the fundamental freedom of parents to educate their children. The State, through this law, arrogates to itself the right to educate the children of its citizens, and only by derogation permits the parents or a person of their choice to fully assume their educational responsibility.

The list of exceptions to this ban on parental instruction is as limited as it is disturbing. Only four justifications can be invoked by parents: the medical condition of the children, intensive sports practice, itinerant families and, finally, what the Minister of Education has described as the “motif balai" (umbrella alternative):

The existence of a situation specific to the child motivating the educational project, provided that the persons responsible for the child justify the ability of the person(s) in charge of the child's education to provide family instruction in the best interests of the child. In this case, the request for authorization must include a written presentation of the educational project, a commitment to provide instruction primarily in French, as well as documents proving the ability to provide family instruction. (ECLJ's translation)

A flexible interpretation of this text is certainly possible, but it is equally clear that the administration could very easily read it restrictively and destroy personal liberties. What documents justifying the capacity to instruct will be required? What, exactly, is an “educational project”? Is it up to academic inspectors—and not to a judge—to assess whether the best interests of the child are protected?

More fundamentally, this text reverses the natural organization of functions between parents and the State; it is no longer the parents, but the State, that becomes the primary educator of children, with the parents having only a secondary “role.” This reversal of social organization in favor of the State is typical of collectivism, and it should worry us. It removes an essential foundation of any healthy, truly liberal society. It was moreover to protect families from the ideological hold of potentially totalitarian States that the drafters of the universal and European declarations of human rights reaffirmed, at the end of the Second World War, the educational right of parents.

This statute on family instruction has been referred to the Constitutional Council, which will rule on its constitutionality. Several months ago, the ECLJ wrote an important report: “Educational freedom and human rights” (available in French only). We sent it to the deputies and senators and we are pleased to see today that many of the arguments of international law explained in this report are found in the memorandum of referral to the Constitutional Council filed by Les Républicains deputies on July 26, 2021 (available in French only).

As a matter of law and principle, the ECLJ is convinced that the Constitutional Council should declare this provision unconstitutional that so seriously threatens liberty. It is a blatant infringement of a fundamental principle recognized by the laws of the Republic, a principle whose constitutional value the Council of State (Conseil d’État) has already recognized in the 2017 decision Association Les enfants d’abord:

The principle of freedom of education, which is among the fundamental principles recognized by the laws of the Republic, implies the possibility to create educational establishments, with or without the formation of any contract with the State, as well as the right for parents to choose for their children alternative educational methods to those offered by the public school system, including instruction within the family. (ECLJ's translation)

There are therefore strong and obvious grounds, both in French law and in European and international law, for censoring this confiscation of parents’ educational rights.

In the unfortunate event that the Constitutional Council should decline to assume its responsibility as guarantor of the Constitution and of fundamental freedoms, the ECLJ will continue this essential fight before international jurisdictions and institutions.

We invite you to support our action by signing the petition for educational freedom below.