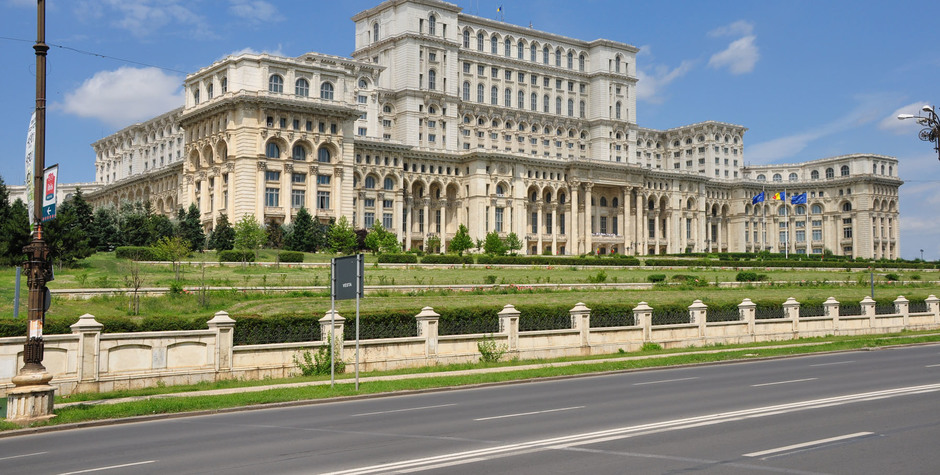 Surrogacy: Hearing of Grégor Puppinck at the Romanian Parliament

On Wednesday, the 23rd of March 2016, the Law Commission and the Commission on Health of the House of Representatives of Romania met to interview Grégor Puppinck, director of the European Centre for Law and Justice (ECLJ), regarding the consideration of the draft law on medically assisted reproduction. The hearing lasted over an hour and a half and involved the main Members of Parliament (MPs) in charge of this matter. The hearing took the form of an exchange of views.

Recently, Grégor Puppinck was also interviewed at the European Parliament and at the Assembly of the Council of Europe as part of the collective No Maternity Traffic, of which the European Centre for Law and Justice (ECLJ) is an active member.

In Romania, medically assisted reproduction is practiced outside any legal framework. Draft legislation is under consideration for several years and could be achieved in the coming months. One of the issues raised by this project concerns surrogacy, which is also practiced in outside of any legal framework in Romania. This tends to encourage its development and its economic power.

The MPs seem convinced of the need for regulation and must first choose if they want to legalise or prohibit this practice.

Grégor Puppinck presented the two options to MPs, in light of the experience of countries that have chosen one possibility or the other. He noted a trend in favour of limiting, or even a total ban on surrogacy. In Europe, the European Parliament voted in December 2015 in favour of banning surrogacy, and the Committee on Social Affairs of the Assembly of the Council of Europe has also ruled in March 2016 against a draft report in favour of the legalisation of surrogacy. In the rest of the world, many of the countries who are “producers” of children by surrogacy began to limit or even prohibit surrogacy, at least to foreigners.

In response to the MPs who asked him about the principles and methods that distinguish these two options, Grégor Puppinck said that the option of prohibition is based on the principle of human dignity and especially of bodily integrity. Surrogacy uses the surrogate mother as a means to fulfil a personal desire, yet the most universally accepted implication of human dignity is that human beings should never be used as a means, but always as an end in itself. Similarly, with regard to the child, with surrogacy the child becomes the object of a contract, a “good” or a “merchandise”: the object of a right of adults, which is also contrary to human dignity and to many international instruments aimed at ensuring dignity.

Conversely, the option in favour of the legalisation of surrogacy is based on the idea that “parenting” is some sort of right, since the combination of technology and the law makes it possible to obtain a child. This is an extension of the domain of the “trade” to encompass the human being, according to the liberal and individualistic logic achieved in the surrogacy contract. The legalisation of this practice would place the legislator before the difficult task of determining the terms of such a contract, some of which would be opposed to essential legal principles.

The child is no longer “received”, but “wanted”, even if it means to deprive the child of its mother and knowledge of its origins. Thus, the logic behind surrogacy is also in opposition to the principle of adoption, which consists of giving a family to a child. Grégor Puppinck expressed that the promotion of adoption is the best response to the legitimate desire to have children; the most generous and respectful response for everyone.

Finally, MPs were sensitive to the issues of physical exploitation of women, the abuse of the vulnerable and the links between surrogacy and the networks of trafficking and prostitution which are present in some of the countries in central Europe.