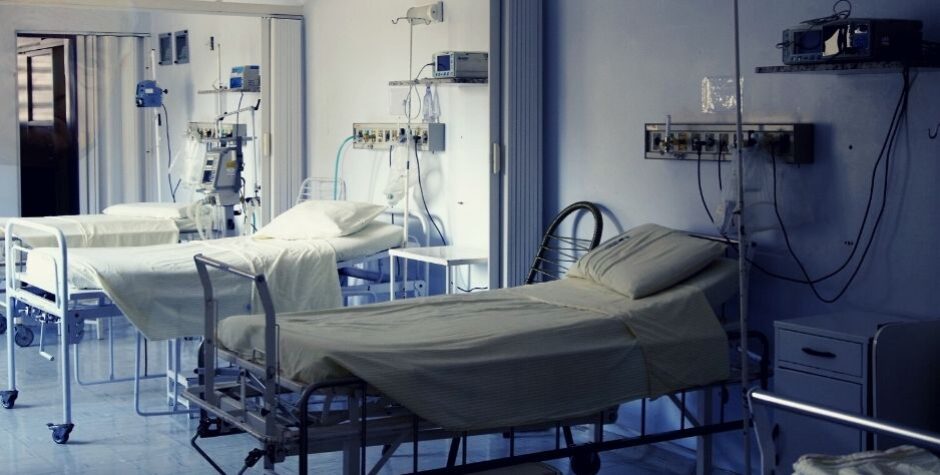 Yonko Grozev, one of George Soros’ former employees who became a judge at the ECHR, has just abandoned to his death, without any further ado, a Polish patient in a coma since last November. The Court informed the patient’s lawyers of its decision by a simple letter, considering his appeal to be manifestly ill-founded.

This man is dying of thirst and hunger, joining Vincent Lambert, Alfie Evans, and a few others whom the Court abandoned before him.

This Polish patient - whose name and image cannot be revealed, by order of the British courts - is hospitalized in Great Britain, in a department that decided to abandon him to death and, according to his family, to remove some of his organs because he had declared himself a potential donor. His family and the Polish government have requested that he be repatriated to his native country, where he can be treated with dignity. The Polish bishops had declared that they would cover all the costs. In vain. The British courts decided that he should die in the United Kingdom, and Mr. Grozev just proved them right.

He will not have the luck of little Tafida Raqeeb, also “condemned to death” in the UK, but whose parents managed to take her to Italy in 2019, where her condition has improved considerably since then.

While the ECHR had proceeded with a judgment on the merits in the case of Vincent Lambert, it was decided that this case did not deserve such an honor. Yonko Grozev, president of the section, judged it alone by summarily rejecting it, without providing any explanation. His decision is final and is not published on the Court's website. The file, no. 55987/20, will be destroyed soon.

Having discovered that this decision was made by a former employee of George Soros’ Open Society, the applicant’s family, in a desperate move, wrote to the President of the Court, Mr. Robert Spano, to request a review of the case. The family argued that the Open Society has a long history of active support for assisted suicide and euthanasia, including millions of dollars to activist organizations such as Compassion & Choices and the Death with Dignity National Center. Yet, Mr. Grozev was an executive with the Open Society until he joined the court as a judge in 2015. The patient’s family can therefore legitimately fear that he might share this activist commitment to euthanasia, and that this might affect his impartiality.

The Court’s rules state that no judge may participate in the consideration of a case if, among other reasons, “his or her independence or impartiality may legitimately be questioned”. The Court stated that impartiality is defined as the absence of bias or prejudice on the part of judges and that “even appearances may be important” in this regard.

Despite this, the President of the Court has just rejected the request for review on January 19, 2020, simply declaring unfounded the “allegations” questioning the impartiality of Mr. Grozev, thus sealing the fate of the Polish patient.

What is worse is that Mr. Grozev may have made this decision without even bothering to open the Polish patient's case file, following the fate of 95% of the applications filed with the Court, and rejected outright, as revealed by former judge Boštjan Zupančič. It could also be that one would have placed this application on the pile of inadmissible appeals for it to be better dismissed; but one hardly dares to think this.

This case is rich in lessons.

First, it shows that comatose persons have nothing to expect from the Court and that we are getting used to their being euthanised. It also shows how detrimental it is to recruit activists, rather than professional judges, to serve on the Court, because they will always be - and rightly so - suspected of partiality, having never been subject to a duty of reserve. It also shows that important cases can be judged in an expeditious manner, drowned in the flood of applications that are summarily rejected.

It also illustrates, once again, the Court’s refusal to address the structural problem of the bias of its “NGO judges”. In February 2020, the ECLJ published a report revealing that 22 of the Court’s 100 permanent judges between 2009 and 2019 had been former collaborators of seven NGOs active before the Court, and that 18 of them had even judged 88 cases brought or supported by “their” own NGO, thus placing themselves in a conflict-of-interest situation. Among these 18 judges, Judge Grozev had found himself in a conflict-of-interest situation eight times. As recently as November 2020, he judged a case brought by the NGO that he himself had founded and directed until 2013: the section he presides within the Court had rejected a request for recusal made against him by the Bulgarian government a few weeks after the publication of the ECLJ report (D.K. v. Bulgaria, no. 76336/16).

Questioned several times on this issue by journalists, members of parliament and ambassadors to the Council of Europe, Mr. Spano and his predecessor, Mr. Sicilianos, have consistently refused to answer precisely on the issue of conflicts of interest.
The Committee of Ministers of the Council of Europe has been seized of this issue since April 2020 but has not yet managed to adopt a common response.

ECHR: abuses of euthanasia in BelgiumBy Priscille Kulczyk1563975655394
The European Court of Human Rights (ECHR) has agreed to consider the application introduced by a man whose mother was euthanized without him or his sister being informed. Priscille Kulczyk a Research...
Read More
More Related Articles