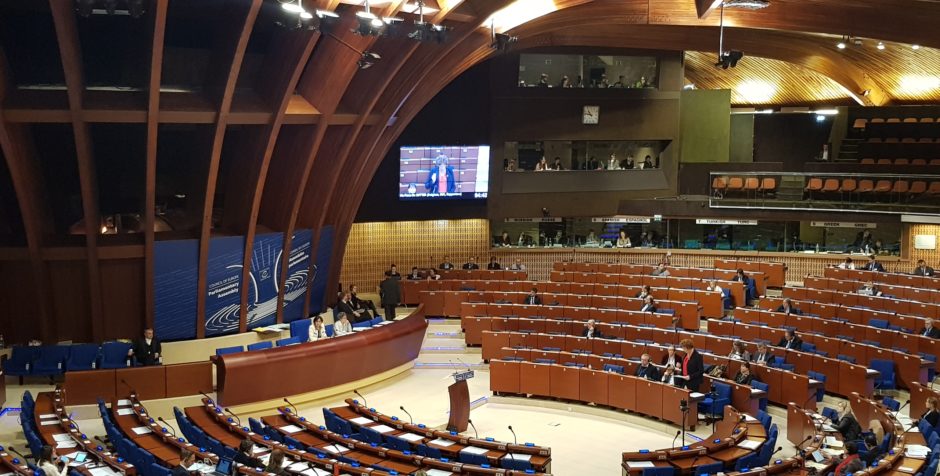 On Friday 12 April 2019, the Parliamentary Assembly of the Council of Europe adopted a recommendation calling for the waiving of anonymity for all future human gamete donations in order to allow all children born through assisted reproductive technologies (ART) to know their origins. This recommendation does not encourage countries in which it has been or is still performed, to waive anonymity on a retroactive basis.

About 45 members of the Assembly of the Council of Europe have adopted, by a large majority, the draft recommendation of the Belgian Senator, Petra De Sutter, entitled: “Anonymous donation of sperm and oocytes : balancing the rights of parents, donors and children” (Doc. 14835).

By recommending the “waiving of anonymity for all future human gamete donations in all member States of the Council of Europe and the prohibition of the use of anonymous donation of sperm and oocytes”, the Assembly brings out the chiefly biological reality of the filiation. The adoption of this recommendation is therefore a victory for the genetic truth and a clear assertion of its importance for all humans.

The purpose of this recommendation is to promote children’s right to know their origins. However, the Rapporteur keeps this right balanced with the “other interests at stake”: those of the donor(s) who wish to remain anonymous, those of the legal parents who want to protect their filiation link with the child, and even those of the clinics. The pecuniary interests of the latter are not forgotten, indeed, as the Rapporteur points out in his report that “clinics and service providers have interest in being able to offer complete ART services”.

By abandoning the customary model of anonymity which still prevails in France, the Assembly of the Council of Europe is tacitly acknowledging that sperm or ovum donation is not a harmless act but a fundamental act in the life of a human being. The DNA contained within the gametes has a major influence over the development of a human being. DNA has a crucial role in defining our physical and psychological being. The suffering of people who do not know who their father or their mother are is real and proves the importance of the biological and genetic filiation of a human being.

The deputies have adopted an amendment mentioning the Convention on the Rights of the Child which states in its article 7, paragraph 1 that: “The Child shall be registered immediately after birth and shall have the right from birth to a name, the right to acquire a nationality and as far as possible, the right to know and be cared for by his or her parents”.

However, the Assembly fails to understand all the consequences of this change of approach. On the one hand this recommendation only aims at the future gamete donations. Therefore it does not support the thousands of requests from people already born through ART who want to know more about their origins.

On the other hand the recommendation does not take into account the main cause of the issues raised: ART in itself and its expansions. Indeed the distortion between legal and genetic filiation will necessarily keep increasing, as some countries keep legalizing the access to these methods for single people or people with a same-sex partner. During the debates Petra de Sutter claimed that the waiving of anonymity should not put at stake the legal ties of filiation between a child born through ART and his or her legal parents.

The day before the vote, a Greek medical team announced the birth of a child conceived thanks to the DNA of three different people, with “The genetic material containing the mother’s chromosomes within the ovum of a donor whose genetic material had been removed. The in-vitro fertilization was performed with the father’s sperm and eventually the embryo was implanted in the mother’s uterus.”[1]

Failing to deal with the root of the problem, Europe is heading for an upheaval in the right of affiliation.