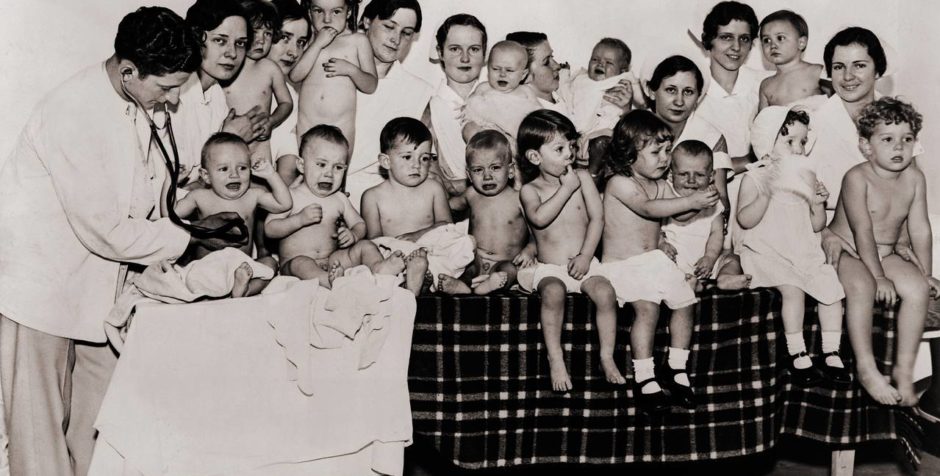 The Ideological Roots of the French Bioethics Bill

From Eugenics to Bioethics

Beyond its core measure -"la PMA pour toutes" (ART for all women)-, the draft law on bioethics brings an even more fundamental series of ruptures : it completely separates procreation from sexuality by introducing non-therapeutic ART; it makes the ability to procreate independent of age through the legalisation of self-preservation of the gametes; it encourages eugenics by extending the prenatal and pre-implantation diagnosis; it liberalises the use and the genetic modification of human embryos; it promotes abortion by abolishing the cooling-off period and the parental consent for minors; it abolishes the boundaries between humans and animals by allowing human cells to be transplanted onto animal embryos; it substitutes biology for will as the foundation of filiation.

The brutal removal of the protections and prohibitions patiently imposed by previous laws leaves one speechless. It is as if the "bioethical" barrier were collapsing before us, carried away by the progressive perspective that animates the parliamentary majority. Therefore, in order to understand the philosophy underlying this draft law and to ensure its coherence, it is necessary to return to the very roots of this progressive scientism, which is now named transhumanism and in the wake of which   stands Jean-Louis Touraine, Member of Parliament and Rapporteur of the law, who also is an active militant for surrogacy and euthanasia.

In this respect, it is important to understand that all these measures are part of a broad project for the transformation of humankind which has its roots within the Age of the Enlightenment, particularly with Condorcet, who believed that “there was no end in sight to the improvement of human abilities and that man's perfectibility is truly indefinite, (1795)”. This progressism has found, in the philosophical extrapolation of Darwin's theory, the scientific foundation for its vision of the fate of humanity, and in so doing, a new morality. According to this vision, man is a spiritual being (i.e., endowed with intelligence and will) the consciousness of whom is derived from life, and life from matter. Man would thus be a mutant involved in a constant process of evolution - and elevation - by the emancipation of chemically inert matter as well as of animal life, in order to achieve a conscious form of life, a "human" life. Our humanity would thus not be frozen in a given, natural state, but would improve as the process of domination of matter continues, peaking in the domination of the individual will over one's own body. Progress as a process if spiritualisation therefore becomes the condition and measure of our humanity. In so doing, the body is depreciated, reduced to simple animal matter; and life is no longer more than just a material. This of course explains eugenics, but also the contemporary promotion of the various forms of non-fertile sexuality. For these forms of sexuality prove that, even in this particularly animal aspect of our being, the individual mind is capable of escaping the natural given, of transcending it. Bless animal, those sexualities would therefore be more human.

First, before the discovery of DNA (1953), this agenda was focused on the human species and races and was named eugenics. Its most radical promoters were all from the world of free-thought and Freemasonry. In England, philosopher Hebert Spencer added to the general law of evolution the law of the "survival of the fittest" (1864). He considers that competition between people, societies and races is the means by which natural selection takes place within the human species by ensuring the elimination of the weakest and the triumph of the fittest, and in so doing, progress. His work is completed by that of Thomas Huxley -the grand-father of Julian and Aldous- who developed a whole monistic philosophy around the evolutionary theory. He is supported in this endeavour by German biologist Ernst Haeckel, a radical eugenicist, favourable towards suicide and euthanasia. Haeckel was one of the most prominent members of the International Federation of Free Thought, as well as of the Pan German League, and of the German Society for Racial Hygiene, both of which contributed significantly to Nazi doctrine.

In France, radical eugenics were introduced in 1862 by Clémence Royer, founder of the masonic Grand Lodge Droit Humain (Human Rights). She prefaced her translation of Darwin's On the Origins of Species with a progressive diatribe denouncing “the deposed and, degenerated representatives of the species”. She was notably followed by Paul Robin, a close friend of Bakunin and Ferdinand Buisson, who founded the Ligue pour la Régénération Humaine (League for Human Regeneration) in 1896, the purpose of which was to promote contraception, abortion and sexual freedom. As a eugenicist, he thus wished to work towards the emergence of a “new race, so much improved scientifically that all the residue of a false civilization” would disappear before it. To him, respect “for chastity and purity is the last most resistant shred to the destruction of the metaphysical doctrines that have always oppressed humans. Charles Richet, Nobel Prize winner in Medicine in 1913 and vice-president of the "Société française d'eugénisme" (French Eugenics Society), encouraged the elimination of "inferior races" and "abnormal people". The examples are numerous. All of them are convinced that they have discovered the truth of human progress and hate Christianity, denouncing (jointly with Nietzsche) the unnatural character of charity towards the weak.

Neo-Malthusian and eugenicist movements soon realized that their program could only be effectively implemented if sexuality and procreation were separated, if possible (but not necessarily) with the consent of the people involved.

Margaret Sanger, founder of the Planning Familial (Family Planning), clearly states in 1922 that: “No hope of progress is possible unless a new conception of sex is achieved, one which is not merely a procreative act, a biological necessity for the perpetuation of the race, but a means of psychological and spiritual expression.” Controlling reproduction has therefore a twofold purpose. On the one hand, it aims to “prevent the birth of those who would pass on their foolishness to their descendants” (eugenic purpose); but it is also “first and foremost, a means of liberation and human development” (spiritual purpose). To her, “through sex, humanity can achieve the greatest spiritual enlightenment which will transform the world, which will enlighten the only path to an earthly paradise.”

Julian Huxley, Aldous's brother and first head of the UNESCO, also campaigns for the diffusion of contraception and abortion as a means to limit the birth of "inferior" beings. But he goes further by recommending action not only on sexuality (by making it sterile), but also in procreation (through selection). To him, “all kinds of possibilities could emerge" if society embraced the system recommended by Hermann Müller consisting in “separating the two functions of sexuality and reproduction” and using the gametes of “a few highly talented males” for procreation. Not only would this separation improve the human race, but would also make social relations more selfless, as the latter would be less affected by sexual rivalry as are ant and bee societies. Hermann Müller, Nobel Prize winner in 1946, was the first to suggest the creation of a sperm bank to collect and spread the seeds of superior men. In 1936 he invited Stalin to contribute to it and use it to renew the USSR population.

The clear link between eugenics and sexual revolution was still evident in the 1928 founding of the "World League for Sexual Reform" which campaigned for contraception, eugenics, and the acknowledgment of "sexually abnormal people". Margaret Sanger, Paul Robin's heirs, as well as Julian Huxley are among its members and supporters. Shortly afterwards, the same group became involved in the foundation of movements working to legalize euthanasia. Most of them came from the ranks of eugenicist societies; they were driven by the same desire to dominate life.

Beyond the separation of sexuality from procreation (through contraception), then that of procreation from sexuality (the first in vitro fertilization of rabbits was carried out in 1934), a third degree of separation is still possible: the one of gestation from the body. It was designed in 1923 by the British geneticist J.B.S Haldane, who considered gestation through an artificial womb, and named it "ectogenesis". This third step has not been carried out to date, but it is already being prepared in laboratories, and even more so by the diffusion of its "handcrafted" form, that is, surrogacy.

Julian Huxley, J.B.S Haldane and Hermann Müller knew each other well, particularly for having co-signed in 1939 a "Geneticists' Manifesto" recommending that governments adopt "some kind of conscious guidance of selection" to enable genetic improvement for future generations.

Julian Huxley named this Promethean vision of humanity "transhumanism", and declared it "religion of the future", at the very time he was presiding over the founding of the International Humanist and Ethical Union. Aldous Huxley, Julian's brother and Thomas's grandson, was therefore in a good position to understand this vision, and set it out in Brave New World. He did not have to invent the content of the book, all he had to do was to listen to his family.

Since then, these great figures have had heirs, which can be found in France mainly within the Masonic tradition. Their names include Pierre Simon, Henri Caillavet or Jean-Louis Touraine and they basically only repeat and try to apply an already old project. They campaigned for the legalization of contraception, abortion, euthanasia and surrogacy. As for eugenics, they have improved in efficiency by becoming liberal and sophisticated; but their primary form still appears sometimes, as when Henri Caillavet declared in 2001 that "allowing a disabled child to be born is a parental failing and perhaps even the testimony of excessive selfishness". For Pierre Simon, as for Jean-Louis Touraine, the point of "anthropological shift" was the acknowledgement of the first separation between sexuality and procreation, that is contraception. “Everything else, he said, is just a consequence.”

One of us Symbol of a Dying Democracy?By Christophe Foltzenlogel1553250271722
On 25 March 2019, the hearing of the case One of Us v. Commission (Case-418/18) will be held before the Grand Chamber of the Court of Justice of the European Union (Luxembourg). Last legal step of a...
Read More