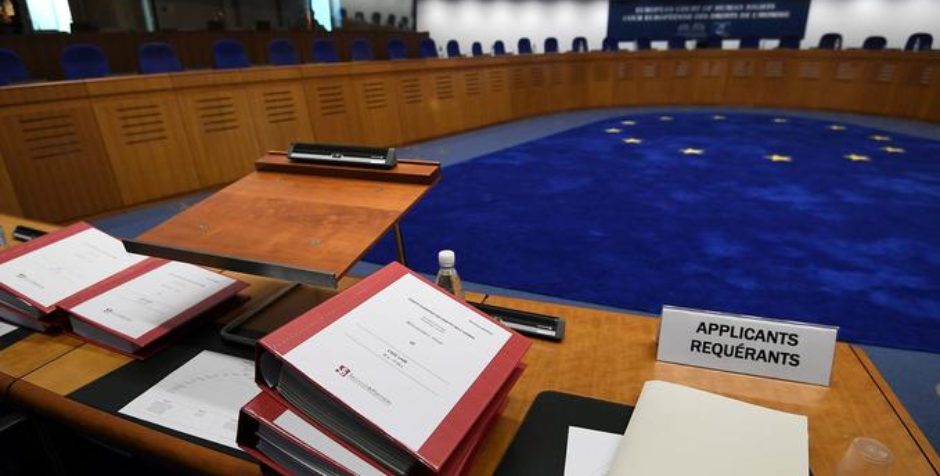 The ECHR against the right to freedom of conscience for Mayors

ECHR/Mayors: no freedom of conscience!

Opinion page published in French in Le FigaroVox on 18 October 2018.

FIGAROVOX/OPINION- The European Court of Human Rights has declared inadmissible the application filed in 2015 by mayors refusing to celebrate “same-sex marriages”. Grégor Puppinck regrets that the judges, who indeed quickly seize the requests concerning surrogacy, do not worry more about defending freedom of conscience.

Grégor Puppinck, PHD in Law, is the Director of the European Centre for Law and Justice (ECLJ). He is a Member of the OSCE Panel of Experts on Freedom of Religion or Belief. He wrote a study on Conscientious Objection and Human Rights, A Systematic Analysis (2017). His next book: Les droits de l'homme dénaturé, will be published in French by Le Cerf, Novembre 2018.

A simple letter, signed by a single judge and with no justification: this is how the European Court of Human Rights (ECHR) declared inadmissible the application filed in 2015 by 146 mayors and deputy mayors refusing to celebrate marriages between people of the same sex. Incidentally, the press was informed of this decision even before the applicants, which shows the political nature of the decision itself.

Yet these mayors did not pretend to prevent such marriages in their town, they only asked not to be forced to celebrate them themselves, knowing that any elected municipal, and even the prefect, can celebrate marriages. It is therefore their own conviction as to the nature of the marriage that is condemned.

This hasty and arbitrary judgment is all the more shocking as more than 20,000 French municipal officials, including many mayors, have declared themselves opposed to the celebration of same-sex unions. They only have to resign or wait to be sentenced to terms of up to five years imprisonment and 75,000 euros fine. They are thus thrown to the wolves and to LGBT associations that can sue and make them pay, literally, for their convictions.

Admittedly, in a previous case in 2013, the ECHR had already validated the dismissal for misconduct of a city hall employee because of her desire not to be affected to the celebration of homosexual civil unions. But the Court had nevertheless admitted that this woman’s conviction benefits from the protection, granted by the European Convention on Human Rights, to freedom of conscience and religion and that “the State has a positive obligation to ensure respect for this right”.

The ECHR is no longer bothered by such a precaution in this case and rejects the appeal without further ado.

The decisions adopted by "Single Judge" are the least important because they are manifestly inadmissible to the Court. They are actually prepared by simple lawyers and “assembly-line” signed by a judge who often does not even have the time to read the file. They are not published and are forgotten.

On the contrary, the Court gives priority treatment to cases supported by NGOs and LGBT activists. In March 2018, a request from a couple who had used a surrogate mother abroad was communicated to the French government only 27 days after its introduction. This exceptional delay testifies to the double standard that some judges demonstrate on social issues.

Incidentally, the Court is inconsistent with its own case law. It had already agreed to judge, sometimes even in the Grand Chamber, cases of conscientious objection to hunting, to social security registration, to the payment of taxes and even to the fact, for a prisoner, of having to shave. It cannot be said that the mayors’ case is insignificant, especially at the time when the Supreme Courts of the United States and of the United Kingdom have just adopted resounding decisions both giving reason to bakers refusing to make wedding cakes to homosexual partners!

The mayors’ case is obviously of utmost importance, and the choice of the Court cannot be explained otherwise than by its will to minimize it. This is not the first time this has happened. There are countless cases of doctors, nurses, employees, civil servants, midwives, magistrates, pharmacists, researchers, teachers who have been dismissed or even criminally convicted for criticizing or refusing to perform practices that were once considered immoral and prohibited. Some have seized the European Court: they are called Ferrin-Calamita, Ladele, Pichon, Sajous, McFarlane, Diez, Grimmark, Steen, etc. But to date, none of them has been successful. The European Court has rejected, sometimes even without thorough examination, the request of a Spanish magistrate dismissed and sentenced for delaying entrusting a child for adoption to women partners, that of a doctor in serious depression no longer supporting having to perform eugenic prenatal diagnoses, that of a dismissed marriage counselor after declaring himself incapable of sexually advising homosexual partners, etc. So many professional lives destroyed!

So many professional lives destroyed!

To illustrate this, in 2014, the Court rejected, without providing any explanation, the appeal of 305 Spanish families convicted of refusing to send their children to a ”citizenship” course imposed by the Zapatero government on all schools, because they considered it indecent and ideological. More than 50,000 families objected with the support of the Catholic Bishops! They too were condemned in the name of “tolerance” and “living together” by an ideology that does not support contradiction.

In fact, progressivism turns out to be inherently repressive and has always presented itself as such, as walking on the dead bodies of the stragglers of the “progress of human consciousness”. Since it has regained some vigor by making “societal” reforms its new horizon, progressivism reveals once again its intransigence and updates the watchword of the revolutionary Terror: “No freedom for the enemies of freedom”.

The progressive “new rights” collide with natural rights: the right to the child bumps into the rights of the child, the right to abortion or assisted suicide into the right to life, the right to right to homosexual union into freedom of conscience. From a progressive point of view, the more antinatural a right is, that is to say, contrary to human nature, the more it is perceived as a high manifestation of human freedom, and the higher it is in the new hierarchy of rights. Conversely, simply natural rights - respect for life, conscience, parental rights, being raised by one’s parents - are belittled, less protected because they would result from a more “primitive” conception of man.

This new decision of the ECHR opens the door to series of convictions for elected municipal officials at the instigation of activists of the LGBT cause. The only reason given by the Court in support of its decision is that the elected official acts on behalf of the State, as a civil registrar, and not as an “individual”. However, we do not see how it would destroy their consciousness. It is this same argument that is used in all dictatorships to bring the administration to a standstill, and it is against it that freedom of conscience was reaffirmed after the war.

Progressivism turns out to be inherently repressive

Freedom of conscience is the basis of every freedom and of any true democracy, especially when it comes to the conscience of the elected representatives. More than ever, it is shocking to see this institution daring to define itself as “The Consciousness of Europe”; as the words the only consciousness would better apply today. And what a sad paradox to see this Court, which claims to be the guardian of pluralism, contribute, with all the force of the law, to the imposition of the new dogmas of conformism.

With this new decision, judges of the Court once again confuse Human Rights with liberal-libertarian ideology, and let the State impose it by force. Never would the drafters of the European Convention have the indecency to imagine for a moment that their text could one day serve to impose such inequities. The ideologization of human rights has become today, and it is terrible to say so, the main threat to the Court itself. It is also the main cause of its criticism, legitimate and necessary.

One has to be an outspoken ideologue to not see that this direction leads straight to disaster. The next challenge to the Court could come as early as 25 November, following the vote by which the Swiss people are invited to establish the primacy of their constitution on the judgments of the Strasbourg Court, as did the Russian Duma in 2015.