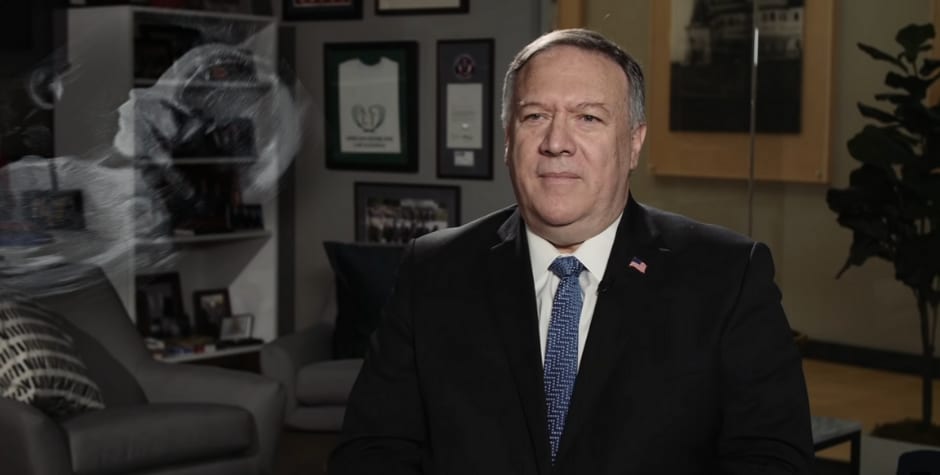 Mike Pompeo: “the end of Roe v. Wade as a beginning”

“the end of Roe v Wade as a beginning”

It has been nearly 50 years since the Supreme Court bowed to public pressure and issued a wholly unjust, unconstitutional ruling in its decision on Roe v. Wade, in which the Court fabricated a constitutional “right” to perform an abortion that is nowhere to be found in our founding documents.  Now, the Court has before them a case – Dobbs v. Jackson Women’s Health Organization – which gives it an opportunity to finally correct this grievous error which has resulted in the disgraceful murder of tens of millions of unborn children.

Central to the unjust, mistaken ruling in Roe was the question of viability.  In that decision, if an unborn child was considered “viable” outside the womb, an abortion ban could potentially be considered constitutionally sound.  This half-measure offered by Justice Blackmun, which prohibited nearly any restrictions on abortions executed prior to that vaguely-defined point of viability, was always misguided and wholly ignorant of a fundamental truth: that human life begins at conception, with no exception.

Dobbs issues a critical challenge to the viability question – the Mississippi law being considered bans abortions performed after 15 weeks, well before even today’s marker for the viability rule.  A victory in favor of upholding this law would undo Roe, as well as the 1992 case which solidified Roe’s principles, Planned Parenthood v. Casey.  This would be a long-overdue yet fundamentally important correction to American jurisprudence.  While nothing can be done that will bring back the millions of unborn human beings who were legally slaughtered before being given a chance to live and prosper, this ruling can at least allow individual states to prevent such a reprehensible practice from continuing inside their borders.

On the far Left, familiar and predictable arguments against overturning Roe are popping up.  They threaten that such a ruling will result in countless women, whom they describe as scared and helpless, seeking to terminate their pregnancies illegally and under circumstances which endanger their health.  This fearmongering has nothing to do with actual constitutional law and presents a false reality for Americans.  A ruling overturning Roe will not make abortion illegal; it would simply return the power to determine the lawfulness of abortion to the states, the People, just as our Constitution designed.  Some states will do away with their abortion restrictions, some will strengthen them – crucially, though, this important and meaningful legislative work will not be determined or overridden by the Supreme Court.

The coming legislative activity surrounding abortion means that conservatives should view the end of Roe as a beginning.  Roe’s potential reversal does not mean our work is done – rather, it should be considered the catalyst that moves us to change our nation’s culture around abortion.  We should support the work of nonprofit organizations – both national organizations and local organizations closer to home – that are centered around helping single mothers deal with unexpected pregnancies so that they have the resources and support they need to turn what seems like a disaster into a blessing.  We should engage in action and policy that makes adoption the norm, not abortion.  This is some of the most important work we can undertake to ensure that for all human beings, born and unborn, the right to life, liberty, and the pursuit of happiness is secured.

In 1897, perhaps the most reprehensible ruling in the history of the Supreme Court was issued in the case Plessy v. Ferguson, which allowed legal segregation in America on the false principle that institutions could be kept “separate but equal.”  This ruling took over half a century to finally be overturned, via Brown v. Board of Education, and its consequences were severe for the countless Americans who were denied their fundamental rights during that time.  Now, the Court has before it a case which may overturn a deeply flawed ruling that has robbed so many human beings of their fundamental right to life.  No more time should have to pass for the flawed logic of Roe to be dispensed with, and more importantly for Americans – conservatives in particular – it is time to dedicate ourselves to building a Godlier , more generous society where every human life is not seen as something expendable when convenient, but rather is recognized as indispensable and precious.

At the ACLJ, we are doing just that. We filed three amicus briefs at the Supreme Court in the Dobbs case combatting the legal fallacies of Roe, noting that medical science is on the side of life, not abortion, and even showing that Europe is far more protective of the human right to life than the U.S. In addition, we just filed a brief in federal appeals court in defense of South Dakota against Planned Parenthood’s attack on a pro-life law that would ensure the abortion industry cannot manipulate women into having abortions. And we’re working to defend pro-life sidewalk counselors who are ministering to women in need and helping save lives. The ACLJ’s pro-life work is needed now more than ever.