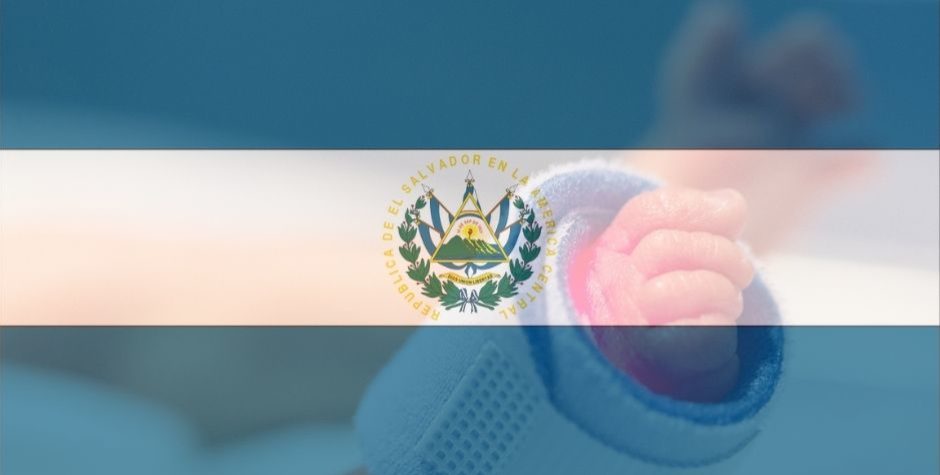 El Salvador: A Case of Infanticide

The Inter-American Court of Human Rights will rule on an important case on abortion against El Salvador. The ECLJ will intervene before the Court in defence of human life.

Professor Ligia De Jesús Castaldi, research fellow with the ECLJ, explains the context of this case. She worked previously at the Inter-American Commission on Human Rights.

Decriminalization of infanticide seems to be the next frontier in pro-abortion advocacy, both nationally and internationally. The Center for Reproductive Rights, a United States-based organization, and its main affiliate in El Salvador, the Agrupación Ciudadana por la Despenalización del Aborto Terapéutico, Ético y Eugenésico [Citizens’ Group for Decriminalization of Therapeutic, Ethical and Eugenic Abortion], have advocated the release of at least twenty-three women who were convicted of criminal homicide by a court of law in El Salvador after they killed their newborn children.

The group of female inmates is called “the 17+” (“las 17+”) in media campaigns, an emblematic number alluding to the organizations’ defense of more than seventeen women accused and convicted for infanticide. As of early 2020, litigation has resulted in the release of at least nine convicts either on parole or commutation (pardon or clemency granted by the country’s president), and the reversal of five convictions. This makes for a total of at least fourteen released inmates, all of whom had been serving prison sentences for criminal homicide of their own biological children shortly after birth. Potential grounds for defense such as insanity, diminished mental capacity, or extreme emotional disturbance were taken into account by Salvadoran courts. In almost every instance, courts gave perpetrators the minimum sentence established for criminal homicide.

The newborn children victimized in these crimes suffered unspeakable violence. Babies killed by the 17+ inmates were beaten, stabbed, strangled, and drowned in toilets and septic tanks. Their bodies were disposed of in a degrading and inhumane manner and found rotting among human waste, in plastic bags or cardboard boxes; some bodies were abandoned in fields and partially eaten away by wild animals. VIDA SV, a pro-life organization from El Salvador, has published trial court documents that contain more details about each case’s facts, photographic evidence, trial, conviction, and appeals in Salvadoran courts (discretion advised).

In the case of the 17+, pro-abortion advocacy for impunity for infanticide is not openly presented as such; it is styled as a fight for decriminalization of abortion in El Salvador and Latin America. The facts of each case, corroborated by scientific and documentary evidence as well as witnesses’ testimony, all of which are known to the Center for Reproductive Rights and its affiliate, have in every instance been deliberately distorted to conceal or minimize the death of a newborn child at the hands of his or her mother. The aggravated homicide of newborn infants have been mischaracterized as “abortion,” “miscarriage” or “obstetric emergency.”

Zeal for any cause, including the cause of abortion, does not give one a license to lie. Salvadoran criminal law does not penalize spontaneous abortion or involuntary miscarriage, that is, the involuntary death of an unborn child. Neither does it penalize obstetric emergencies. In fact, in 2007, El Salvador’s Supreme Court interpreted its Criminal Code as containing a “necessity” defense (estado de necesidad) for abortion where the mother’s life is endangered by carrying the pregnancy to term. El Salvador’s criminal statutes, like those of at least twenty-three other Latin American countries, do punish elective abortion. The law, however, does not seem to be enforced against women, since official reports indicate that no women are currently imprisoned for induced abortion in El Salvador, even in the rare event of a conviction. Pro-abortion organizations promoting “the 17+” and “Manuela” litigation are claiming infanticide convicts are women incarcerated for having abortions, miscarriages, or obstetric emergencies.

In an era of “fake news,” the campaign for the release of “the 17+” women convicted of infanticide is a perfect illustration of mass dissemination of false information. Public statements against El Salvador’s ban that demand freedom for the 17+ inmates were issued by United Nations human-rights bodies and Hollywood actresses, such as Alyssa Milano, Sarah Hyland, and Padma Lakshmi. European and Canadian ambassadors broke diplomatic rules by sponsoring pro-abortion advocacy events about the 17+ women, and some of them even made appearances at trial hearings. Similarly, in November 2019, U.S. Democratic congresswomen Stephanie Howse, Merika Coleman, Cindy Polo, Raquel Teran, and Nikema Williams traveled to El Salvador and photographed themselves with thirteen inmates, condemning El Salvador for their incarceration.

According to pro-abortion advocates involved in the campaign, female perpetrators of infanticide, not their children, are victims of human rights violations. The Inter-American Commission on Human Rights (IACHR), an agency that recently lost funds from the U.S. government for pressuring Latin American pro-life countries to decriminalize abortion, held public hearings and repeatedly urged El Salvador to review the convictions of the 17+ women imprisoned for criminal homicide of their own children, and to eventually release them. The IACHR also filed suit against El Salvador before the Inter-American Court of Human Rights for the conviction of one of the women, “Manuela” (a pseudonym), convicted in 2008. The IACHR asserted that Manuela’s allegedly wrongful conviction, like those of “the 17+”, was caused by El Salvador’s full ban on voluntary abortion. It remained silent about any violations of children’s rights.

The campaign against El Salvador goes beyond the infamous Virginia bill allowing the killing of abortion survivors (“post-natal abortion”), or the Dutch Groningen Protocol allowing the killing of severely disabled newborn children (neonatal euthanasia). Instead, it proposes the application of a “gender perspective” to criminal prosecution, according to which the perpetrator’s female gender would lower the criminal degree, reduce penalties, or eliminate the crime altogether for a crime against a very young child.

It is unclear whether the litigation will actually lead to decriminalization of abortion or impunity for infanticide in El Salvador, which, despite its poverty and multiple political problems, has had one of the strongest pro-life legal traditions in Latin America. The litigation, however, seems already to have desensitized public opinion somewhat to the killing of unborn and newly born children. Several government officials, including a supreme court judge, have actively supported the campaign and advocated tolerance of infanticide and decriminalization of abortion.

If anything, the macabre proposal to tolerate infanticide, in the name of abortion rights, has shown the world the infanticidal logic of abortion and a darker side of the international pro-abortion movement, which seems to be radicalizing to previously unimaginable lengths. The treatment of abortion and infanticide as equivalents, on the part of pro-abortion organizations involved in this litigation, is obviously meant to deceive the public; but it also seems to be based on equal disregard for the life of the unborn and the newly born child. The argument that gender alone justifies the deliberate killing of one’s own child in both situations is also very telling. It seems to confirm what pro-lifers have known all along, namely, that abortion and infanticide are not that different after all.

Dobbs case: ECLJ at the SCOTUSBy ECLJ1632751559969
On 29 July 2021, the ECLJ intervened as amicus curiae - i.e., as a third party - before the Supreme Court of the United States, in the case Dobbs v. Jackson Women's Health Organization . This case...
Read More
More Related Articles