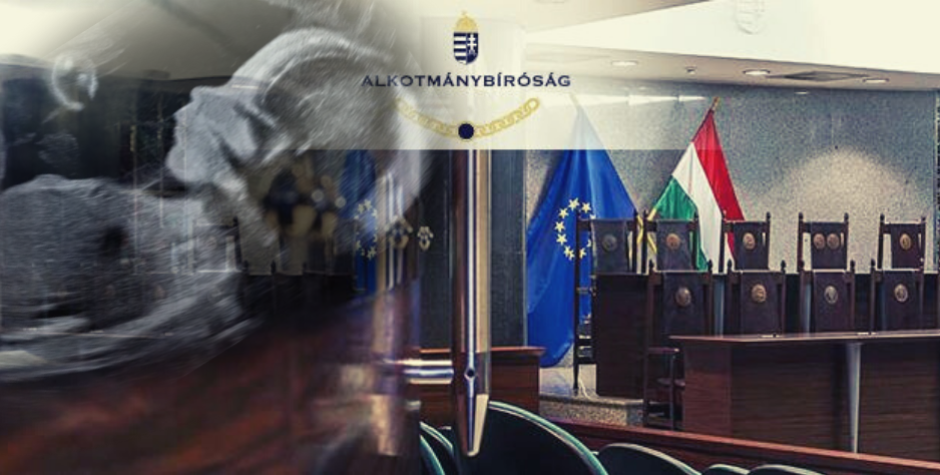 As we mentioned in a former article, a judge at the Budapest-Capital Regional Court (Fővárosi Törvényszék) in Hungary has challenged the abortion law of Hungary before the Constitutional Court in last October. According to his viewpoint the current legislation does not provide the fetus with the same level of protection as the parent, as it confers on the latter the capacity to control the life of the fetus. The ECLJ intervened as amicus curiae in this case.

Unfortunately, the constitutional judges rejected the initiative. It is clear from the dissenting opinions how much the issue divides the panel. Moreover, the rejection was not based on the merits of the case but merely on procedural inadequacy. Hopefully this leaves room for opportunity for the future ban of eugenic abortion as it has happened in Poland.

The purpose of the legal initiative was to challenge the Abortion Law of Hungary, so to make the Constitutional Court state that the 6§ (3) of Act LXXIX. of 1992 on Fetal Life Protection is unconstitutional. The mentioned provision states that:

“The pregnancy can be terminated until the 20th week – until the 24th week in case of prolongation of the diagnostic procedure – if the probability of genetic and teratological damage of the fetus reaches 50%.”

The filing of the initiative was occurred after a judge at the Budapest-Capital Regional Court in Hungary refused to oblige a defendant hospital to pay damages to the plaintiffs, a couple which sued the Hospital where their handicapped child was born, after they realized that they could have known about the possibility of their child’s teratological harm earlier, since the hospital supposed to notice it during pregnancy care at the latest during the second trimester screening, so before the 20th or 24th week of pregnancy, so the couple could have been able to practice abortion within the time limit. According to the plaintiffs, the defendant's omission violated their right to family planning and, above all, the mother's right to self-determination, for which they are entitled to compensation or damages.

Although the complaint of the couple was proved and supported by independent experts, the judge dismissed the parents’ action in first instance since as he stated it does not follow from the legal provisions that pregnancy could be terminated in the event of any fetal disorder; the mother's freedom of self-determination is not unlimited over the fetus' right to life.

On appeal by the parents, the Budapest Regional Court of Appeal reversed the first-instance decision and found that the defendant health institution had violated the first-applicant mother's right to self-determination and the right of family planning and family living for both applicants. According to the Budapest Regional Court of Appeal, the defendant shall be responsible for the non-pecuniary damages for the fact that the child was born with a health impairment so obliged the first instance judge to make a judgement in the matter of the amount of compensation.

Thereafter, the first instance judge suspended the proceedings for the determination of the amount of the damages and compensation and decided to file a judicial initiative to the Constitutional Court.

In the initiative he stated that the above-mentioned provision violates the II. Article of the Fundamental Law of Hungary according to which:

“Human dignity shall be inviolable. Every human being shall have the right to life and human dignity; the life of the foetus shall be protected from the moment of conception.”

And violates the 28. Article as well, since:

“In the course of the application of law, courts shall interpret the text of laws primarily in accordance with their purpose and with the Fundamental Law. In the course of ascertaining the purpose of a law, consideration shall be given primarily to the preamble of that law and the justification of the proposal for or for amending the law. When interpreting the Fundamental Law or laws, it shall be presumed that they serve moral and economic purposes which are in accordance with common sense and the public good.”

According to the initiative the provision in question should be re-regulated in such a way that the occurrence of "teratological damage" be defined more precisely. It needs to appear on the statutory level, namely to be defined in an act in accordance with the Fundamental Law, as the interpretation cannot be based solely on medical opinions or judicial discretion.

However as it is mentioned in the decision of the Constitutional Court, they have previously explained in a different case with different context, with regard to the challengeable legislation, that “the Act on Constitutional Court does not allow the judge to initiate an ex post abstract review of the norm, the judicial initiative is not actio popularis.” [3193/2014. (VII. 15.)]. So in accordance with the consistent practice of the Constitutional Court, “an acting judge may therefore make a motion only to establish the unconstitutionality of the law or statutory provision which he must expressly apply during the adjudication of a particular case.” [3058/2015. (III. 31.)]

In the present case, there is a violation of the right to self-determination as a right of personality provided for in the 6§ (3) of Act LXXIX., so the legal basis of the compensation was finally established by the partial and interim judgment of the Budapest Regional Court of Appeal. The decision has substantive legal force. Consequently, the court of first instance can no longer return to the examination of the legal basis of the violation of the right to privacy, so the 6§ (3) in the case pending before a judge it is no longer applicable because it is now only intended to establish the amount of the applicant's claim. Therefore, the Constitutional Court rejected the judicial initiative without any substantive examination.

Despite that however four judges made dissenting opinions on the decisions which can leave room for hope to the future ban of eugenic abortion in Hungary as well as it happened in Poland.

Dr. Béla Pokol proposed during the debate over the case that the formulation of a “constitutional request-proposal” would be appropriate for such cases in the future. Namely: “The Constitutional Court states that, if the harmful teratological effect does not constitute a complex developmental disorder and thus does not appear as a possibility of systemic damage, termination of the pregnancy is not eligible.”

Dr. Balázs Schanda in his dissenting opinion which was joined by Dr. Ildikó Hörcherné Marosi and Dr. Marcel Szabó, stated that “I do not agree with the rejection of the judicial initiative, in my opinion the Constitutional Court should have ruled on the merits of the initiative (…) in order to discuss among other things that to what extent does the mother's freedom of choice extend, and what are the responsibilities of the legislature in protecting fetal life?”

Preventing the recourse to abortionBy Grégor Puppinck1646298773414
On February 23, 2022, the French Parliament extended the legal time limit for abortion from 12 to 14 weeks, while recourse to abortion is at its highest in 30 years in France, with more than 230,000...
Read More
More Related Articles