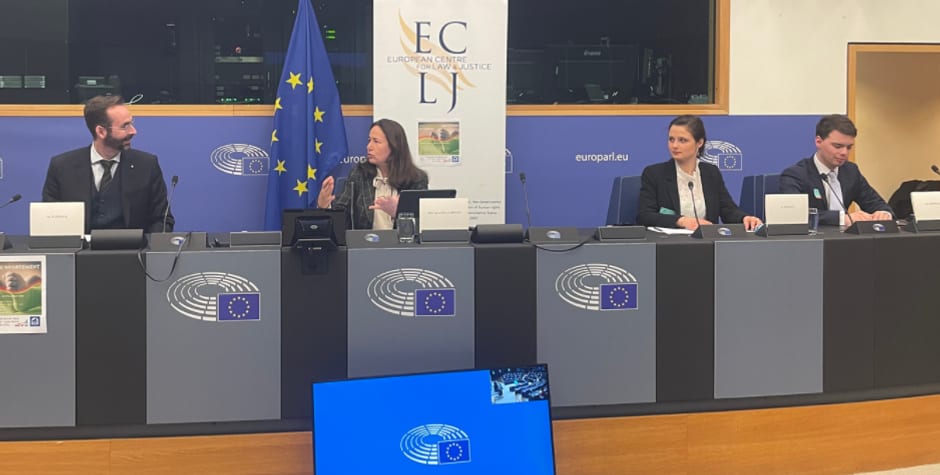 Preventing abortion in Europe - Conference at the European Parliament

On 16 February 2022, at the invitation of the Member of the European Parliament Margarita de la Pisa Carrión, the ECLJ organised a conference for an abortion prevention policy in Europe. Below are the videos of the interventions in English:

In his inaugural speech as President of the Council of the European Union in January, Emmanuel Macron called for the right to abortion to be enshrined in the Charter of Fundamental Rights of the European Union. Abortion, in the words of European icon Simone Veil, "is always a tragedy and will always remain a tragedy."

In reality, abortion is a tragedy and in no way a human right. The promotion of abortion is the result of militant and ideological work that in no way represents a real expectation of civil society. Pressure groups financed by large non-European foundations develop a discourse that is built ex nihilo and instrumentalizes the institutions (ECHR/UN).

Meanwhile, Europe is facing a critical demographic crisis. Instead of promoting abortion, states should encourage motherhood and support women and families. In this conference, we outlined the merits of an abortion prevention policy.

Preventing the recourse to abortionBy Grégor Puppinck1646298773414
On February 23, 2022, the French Parliament extended the legal time limit for abortion from 12 to 14 weeks, while recourse to abortion is at its highest in 30 years in France, with more than 230,000...
Read More
More Related Articles