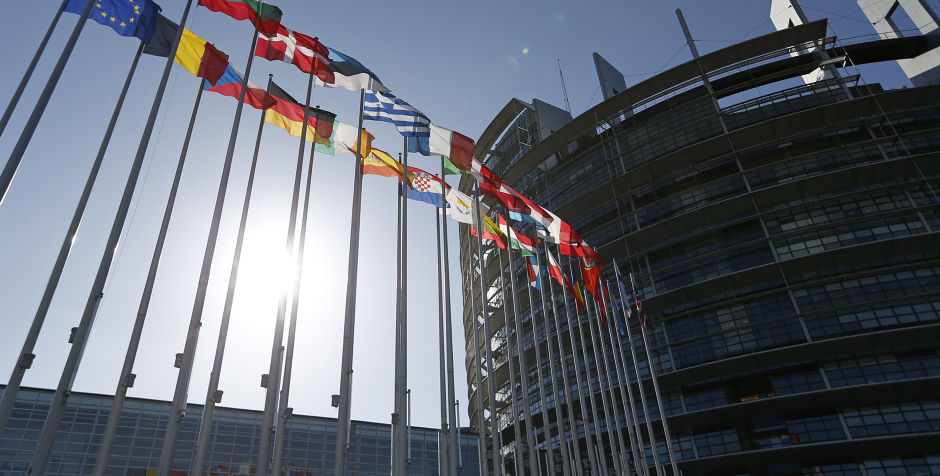 Two committees of the European Parliament met on Thursday 25 March to hold a hearing against European conservative organisations. The European Centre for Law and Justice, of which you are the director, is targeted in this attack. What is your reaction?

This attack is being carried out jointly by the global abortion lobby, the International Planned Parenthood Federation (IPPF), and George Soros's Open Society, with the financial support of the Gates Foundation, no less!

In 2019, the IPPF has decided to attack the persons and organisations resisting abortion and has charged Caroline Hickson, IPPF's head of Europe, and Neil Datta, IPPF's lobbyist to the European Parliament (EPF) with this task. They are both in charge and invited as "experts" by the European Parliament to this hearing. At the same time, the OpenDemocracy organisation is also involved in the fight against European conservative organisations through an initiative called "Tracking the Backlash". This initiative is funded by George Soros' Open Society with a budget of US$407,000 in 2019. The head of this programme, Claire Provost, was also invited as an 'expert'. Finally, Véronique Sehier, former president of the French branch of the Family Planning between 2006 and 2015, and a member of the French EESC in this capacity, was invited to speak.

It was not a pluralist hearing that the Parliament organised, but a targeted attack on the main European conservative organisations. It goes without saying that none of the organisations attacked were invited to defend themselves. I addressed a request for it on behalf of the ECLJ to Raphaël Glucksmann, who was co-chairing this meeting with Evelyn Régner, both socialists. To no avail.

The purpose of this hearing was to initiate the drafting of a parliamentary report with a view to the adoption of a resolution in 2022 and to announce the forthcoming publication of a report on the financing of European conservative organisations. This hearing also arrives a few weeks before the vote on a new European Parliament draft resolution promoting abortion in a radical way. Its aim is therefore also to disarm pro-life organisations at this strategic moment; but it may backfire on them.

What is the strategy used to attack you?

This activist network uses a conspiratorial approach, trying to make people believe in the existence of a secret, powerful, global network of abortion opponents. The methods used are borderline illegal and undignified, for they attack people rather than their arguments.

During this hearing, the "experts" mainly targeted the wallet. They denounced the fact that some pro-life organisations, especially American ones, financially support their European counterparts ; and they inflate the figures in an extreme way by mixing all kinds of organisations. The aim is to scare people into believing that there is a danger. They refuse the democratic debate and act like Marxists. This is an example of "cancel culture".

This ad hominem strategy is mainly implemented by Neil Datta. For more than ten years, he has stubbornly imagined himself tracking, flushing out and fighting a powerful, dangerous, and hidden network of abortion opponents. He publishes alarmist reports on a fantasized danger, presenting the conservative organisations as a "secret army" of "new crusaders"... In his reports, he does not hesitate to disseminate personal and family information on his opponents and their children, or to use documents declared as stolen. A judicial investigation is in progress regarding that.

On a few occasions, Neil Datta managed to spread his propaganda via the Arte channel which broadcasted alarmist reports. More recently, OpenDemocracy has undertaken to relay Neil Datta, and has given him a global reach, by having his message published by Reuters, Euronews and Times magazine...

But the organisations attacking you are also funded from abroad!

Indeed, such an attack is the height of hypocrisy when you consider that these organisations receive considerable funding from George Soros' Open Society, the Gates Foundation, the abortion industry, etc. Not having been invited to defend myself, I sent a memo to all parliamentarians on the foreign funding and strategy of these organisations.

The budget of the International Planned Parenthood Federation (IPPF) and its members is in the billions of dollars. The Gates Foundation alone has contributed more than $25 million since 2010 to the IPPF European Network lobby and nearly $3 million in 2018 alone to the parliamentary arm of the lobby, the European Parliamentary Forum on Population and Development (EPF), led by Neil Datta. The EPF is also funded by 22 other organisations, including IPPF and its regional branches, the Open Society Foundations,[1] the MacArthur Foundation, MSD, Nike Foundation, TIDES, MVI, The Global Fund, Wallace Global Fund, Population Action International, AFPPD, The Summit Foundation, Hewlett Foundation, etc.

It is an example of the Gospel parable of the "mote and the beam in the eye"... It is also the proof that money is not everything: a tiny organization like the ECLJ manages to scare monsters like the Open Society and the IPPF. That is the strength of truth.

How did the hearing go?

There was no contradiction. It was two hours of one-sided propaganda on the "dangers for democracy and European values" that conservative organisations of Christian inspiration such as the ECLJ, the Fondation Lejeune, Alliance Vita, ADF, CitizenGo, etc. would cause.

Only one dissident MEP took the floor: the Spanish MEP Margarita de la Pisa, who courageously denounced this meeting as "propaganda for a unique and totalitarian vision", recalling that no woman regrets being a mother, but that many regret their abortion. Raphaël Gluksmann, who chaired the hearing, replied that "we are for freedom and choice" as if he could speak for all MEPs. Caroline Hickson, the IPPF's head of Europe, dropped out at the last minute.

Do you think that these organisations are really afraid of the ECLJ or is it just a communication exercise?

I think they are afraid of us, even though they are more powerful than us politically in Europe. We have already been able to thwart their plans several times and have inflicted them with bitter defeats, for example in 2013 against a previous radical report on abortion presented by Mrs Estrela.

The motion for a resolution that will soon be discussed aims to resurrect this report. Once again, a few parliamentarians want to promote abortion, even though this subject does not fall within the competence of the European Union, and we are experiencing a serious moral and demographic crisis. According to this text, having women "carry their pregnancy to term against their will (…) is a violation of human rights and a form of gender-based violence"... The European States should also, among other things, "eliminate" conscientious objection, in that it would be an obstacle to abortion. Legally, this text has no consistency, it refers to a long list of documents without direct link with abortion or without legal force. This is not law, but politics.

This attack on human life, and the people and organisations that defend it, is massive and violent. The financiers of the societal left, like Gates and Soros, have invested millions of dollars just to fight us. We will have to get used to a higher degree of violence.