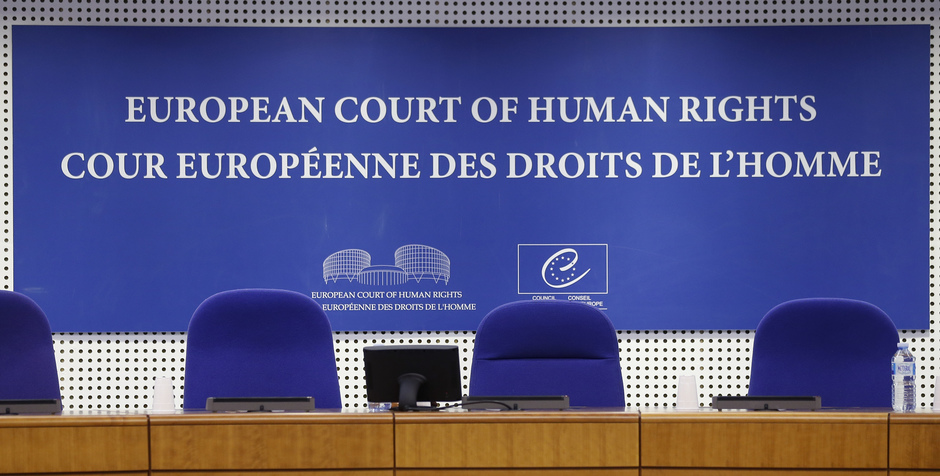 FigaroVox: ART & Surrogacy: What role will the ECHR play?

ART-Surrogacy What Role for the ECHR?

FIGAROVOX/TRIBUNE – While the European Court of Human Rights has accepted several cases relating to the ART and surrogacy, Grégor Puppinck stresses the importance of the issues raised. He also regrets that these ethical decisions are left to the judges.

Grégor Puppinck has a PHD in law and is the director of the European Center for Law and Justice, an NGO working, inter alia, with the ECHR. His new book: Les droits de l'homme dénaturé (éd. du Cerf, November 2018) [translation under process].

“Is lying to children about their own identity a right of adults?” this is in fine the question that the European Court of human Rights (ECHR) will have to answer in a series of cases on artificial procreation brought against France to it by pro-surrogacy activists and by victims of anonymous-ART. The problem is that the judgment of the Court could interfere with the current revising of the bioethics laws.

The highest European jurisdiction had already judged, in the past, that illegitimate children are allowed to know their real father; it must now address the cases of children who were also born “out of wedlock”, but of a surrogate mother (surrogacy) and with a sperm donation (anonymous-ART). Are these children allowed to know their true identity? Are adults allowed to hide it from them? Moreover, must the State hide it from them? This question, as old as adultery, was updated since ART made a new industry out of the conception of children “out of wedlock”.

Filiation would thus become subjective, resulting from the sole will of adults… and from the evolution of the techniques.

In the three surrogacy cases, concerning children born in the USA, in Ukraine and in Ghana, the activist lawyer Caroline Mécary requests the Court to condemn France to lie by designating as the “mother” of each child not the woman who carried him and gave birth to him but the woman who paid for that.

Yet the women who brought these requests to the ECHR can already adopt the child conceived by their husband with a surrogate mother. They can become “adoptive mothers” under French law. Thus why such requests, if not to be allowed to hide from the child his own origin and to facilitate the practice of surrogacy? It is likely that the activists also see in there a major ideological interest: that of obtaining from the Court the abolition of the fundamental ancestral principle according to which “the mother is the woman who gives birth. The filiation would thus become subjective, resulting from the sole will of adults… and from the evolution of the techniques.

If the Court were to recklessly to prove them right, it would thus finish to reduce to naught the effects of the public prohibition of surrogacy in France and would undermine the bases of the law on filiation.

To this day, the Court always refused to go that far. It never cut the flimsy thread linking filiation to biology, legality to reality. Moreover, it urged States to renew said thread as much as possible. Even when it condemned France in previous cases of surrogacy, it did so precisely because of the existence of a biological filiation between the child and his father, enjoining France to no longer ignore this link, for the sake of the child.

Can we believe, as Miss Mécary claims, that “the best interests of children” require that their origin and identity be hidden?

In fact, it was long believed. Because it is what was imposed for decades on many adopted children with the consequences that we know, and that we continue to inflict on children born of an anonymous “donation” of sperm. It was even believed that the secret and anonymity of the “biological” father was an ethical standard! Moreover, following true postmodernism, it was imagined that the identity of the people could only be psychological, socially constructed: the “biological” was despised just like the other roots of identity on the grounds that a truly free person could not be reduced to his body or his origins.

And yet, looking back on forty years of experience, the opposite is obvious: many people adopted or born of anonymous-ART testify of their suffering and are in search of their origins. Their wounds, reported in many testimonies, show that human nature resists the artificialisation of procreation, that our identity is inseparably biological and psychological.

This quest for identity is what led two other people conceived by anonymous-ART to seize the ECHR to obtain, this time, the lifting of the secret of their origin; they ask not to be deprived of the knowledge of their “biological” father and their possible brothers and sisters. This is a need and a properly natural and universal right, a genuine human right that can be expected soon to be recognized by the European Court. It has already established the premises by stating that the “right to respect for private and family life” implies a “right to identity” guaranteeing “that everyone can establish the details of his identity as a human being”, in particular “the right to know and have one’s ancestry recognized”. It is to be hoped that the Court will go further, as the United Nations Rapporteur on Children’s Rights invited it, condemning the anonymity of gamete donations for the future and calling on France to establish, for the past, a procedure for lifting the secret at the request of the “child” who has become an adult.

In these surrogacy and ART cases, it is ultimately to the Court, no more and no less, to choose between lie and truth. The choice seems obvious, as the object of human rights is not to serve the power of the mighty over the weak, but to protect the ability of everyone, and first of the weak, to lead a worthily human life.

These cases illustrate the growing power of international judges on so-called social issues.

These cases are also remarkable in that they intervene in the midst of the revision of French bioethics laws. The European Court could thus invite itself to the French bioethics debate. This is what the exceptionally fast processing of these requests makes believe. One of them was communicated to the French government in just 27 days. By way of comparison, a Russian prisoner, who has been the victim of abuse, has been waiting since 2011 for his petition, which the Court calls urgent, to be finally heard.

These cases also show the growing power of international judges on so-called social issues. It is them, now, much more than the people, who have the last word on the subject, so much so that one can question the utility of the “états généraux de la bioéthique” (general debates on bioethics) and other parliamentary debates. This is true of all social issues as Human Rights judges extend their jurisdiction onto them. However, the judge’s approach is very different from that of the legislator. The latter is supposed to seek firstly the general interest and the common good, while the former knows no other good than the individual rights and freedoms he intends to maximize. For him, the common good or morality are perceived as obstacles to the individual desires that the legislator must justify. This was the case, for example, with Italy, which, despite having debated thousands of hours on ART and preimplantation diagnosis, saw its legislation condemned by the Court, even though it had been subject to two referenda. We are far from the principles of separation of powers and of popular sovereignty!

Beyond the current cases, these cases are of great importance because they determine our conception of human nature and of law. If the Court agrees to institute falsehood and secrecy, then it would impose the dualistic conception of human nature that separates the biological from the psychological to allow the domination of the individual will over the bodies. It is this dualistic conception of man that is at the very root of the whole transhumanist ideology, especially the gender. It is also this conception that imposes the domination of the “right” as an expression of pure will upon reality. The law is then misguided to institute a substitute and mendacious “reality”.

What is common between the contempt for the biological identity, that is to say, of the human body, and the contempt of the people, that is to say, of the electoral body, is the rejection of the intrinsic reality of man to the benefit of his sole will, that of adults and judges, following the idea that the good of individuals and peoples would be independent from their real identity.