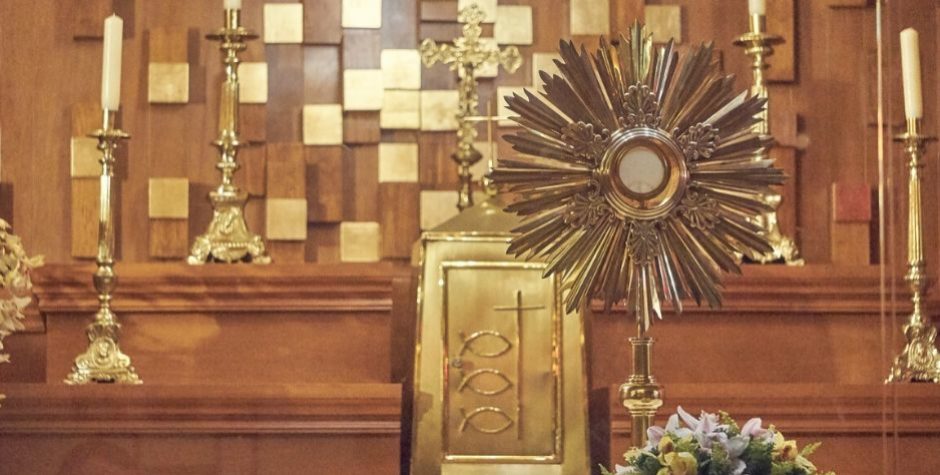 The European Court of Human Rights (ECHR) has granted leave to the European Centre for Law and Justice (ECLJ) to intervene in the case of Asociación de Abogados Cristianos v. Spain (No. 22604/18), on behalf of the Spanish Bishops' Conference. The ECLJ filed its written observations on 30 June 2020. This case, dubbed the "Hosts’ case", involves the most extreme sacrilege ever brought before the judges in Strasbourg.

The Spanish State is sued by a Christian association for supporting an artistic performance attacking Catholics. This performance of process art consists of several parts:

The procedure in Spain

The Archdiocese of Pamplona and Tudela and the Asociación de Abogados Cristianos have both lodged complaints against the exhibition. The Spanish courts rejected these complaints.

The complaint filed by the Asociación de Abogados Cristianos was rejected by the Pamplona Court on 18 November 2016. The appeal against this judgement before the Provincial Court of Navarra was also rejected by a decision of 28 April 2017. The association appealed again to the Constitutional Court of Spain, which ruled on 7 November 2017 that the appeal was inadmissible.

The parties to the ECHR

The Asociación de Abogados Cristianos filed an application against Spain before the ECHR on 26 April 2018. The applicant association alleges infringement of the right to freedom of religion, protected by Article 9 of the European Convention on Human Rights.

Two parties are therefore opposing each other today before the European judges:

The ECLJ has raised awareness of several European organisations on this case, some of which have decided to ask the Court to intervene as amicus curiae. Rarely have eight third party interveners been allowed by the Court to file written observations:

The arguments of the ECLJ

In its observations, the ECLJ demonstrated that the right to freedom of religion has been violated by the Spanish State, which has not honoured its positive and negative obligations under Article 9 of the European Convention.

The State has a positive obligation to ensure "the peaceful enjoyment of the right guaranteed under Article 9 "[1].  To this end, the Court has already held that "as a matter of principle it may be considered necessary to punish improper attacks on objects of religious veneration ". 2] Indeed, "the manner in which religious beliefs and doctrines are opposed or denied is a matter which may engage the responsibility of the State". [3] However, the domestic courts have chosen not to sanction the artistic performance in question. This choice is questionable for several reasons:

The ECLJ also recalled in its observations the norms of international law in the light of which the ECHR interprets human rights. In particular, the 1966 International Covenant on Civil and Political Rights obliges states to prohibit by law "any advocacy of […] religious hatred that constitutes incitement to discrimination, hostility or violence. " (art. 20). Moreover, the United Nations has already repeatedly condemned "Christianophobia", alongside "anti-Semitism" and "Islamophobia"[5]. 5] On the other hand, while the ECHR has already condemned "antisemitism" and "Islamophobia" in its jurisprudence, it has never used a similar classification for anti-Christian acts. This case could provide an opportunity to do so.

By failing to sanction the performer, the Spanish state has thus violated its positive obligation to protect the right to freedom of religion of Catholics. This protection requires at the very least a prohibition of hate speech against them.

The State also has a negative obligation not to interfere arbitrarily with the right to freedom of religion of believers [6]. Any interference by a public authority must be provided for by law, have a legitimate aim, and be necessary to achieve that aim (Art. 9 § 2 of the European Convention). Furthermore, the State must respect, in religious matters, a role of "neutral and impartial organiser of the exercise of various religions, cults and beliefs"[7]. 7] This "duty of neutrality and impartiality is incompatible with any power on the State’s part to assess the legitimacy of religious beliefs or the ways in which those beliefs are expressed;”[8] These limitations on State action also apply to any public authority.

There is no doubt that the Spanish public authorities have exceeded their role in this case. In particular:

These interferences by Spanish public authorities with the right to freedom of religion of Catholics were clearly not provided for by law and had no legitimate objective. They justified and amplified the performer's gratuitous offence against Catholics. They also generated additional offences, which would not otherwise have taken place, without respect for their duty of neutrality and impartiality.

For all these reasons, the ECLJ considers that Spain has violated its obligations under the Convention. If the Court were to not sanction Spain, then Christians would be deprived of protection and all symbolic attacks against them would be made possible.

N.B.: The ECLJ has already intervened in many cases concerning freedom of expression in religious matters, consistently defending a balanced position. The ECLJ is committed to reason-based debate, whether political or scientific, and to the freedom to criticize religions. On the other hand, blasphemy and vulgarity should not be considered a human right. There is no right to blasphemy, but a right to freedom of expression that carries with it responsibilities and limits. Only the dissemination of gratuitously offensive obscenities and speech inciting immediate violence should be restricted. It should be possible for obscenity and incitement to violence to be censored, but not for criticism.